A Check to Progressive Christian Rage

During the past week, I’ve seen more hateful, vulgar, and frankly, unchristian remarks posted by progressive Christians as comments to posts and articles on social media. Now it could be that not all of those folks who posted are in fact Christians — but are instead perhaps among the growing number of Spiritual But Not Religious-identified folk who often visit progressive Christian websites and social media pages. However, to the extent that some of those hateful comments were posted by Christians, I felt a profound sense of heart-break and concern.

The following is a post that I posted to the Facebook fanpage for my book “Kissing Fish: christianity for people who don’t like christianity.” I offer it here to allow this pastoral message to reach a wider audience. 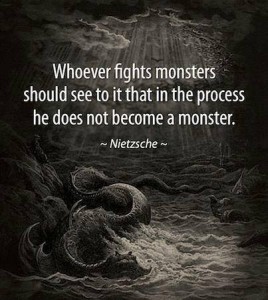 Dear friends & fans of my book Kissing Fish, and its FB fan page,

I posted something on this page yesterday which triggered a lot of you. It was a post that expressed dismay at a FOX News contributors Twitter tweet that suggested that “liberals stock up on coat hangers” upon the passage of the anti-abortion bill that was passed in Texas.

Not a few of the members of this august forum lashed out by posting hateful, vulgar-laden comments — some even expressing desires to punish him in various nefarious ways with coat hangers, etc.

I tried, unsuccessfully, to halt this stream of profanities and calls for mean-spirited retribution by posting these words — twice:

“I realize the collective shock and outrage we feel upon seeing hatred and crudeness such as this, but let’s please not stoop to the base level that certain people employ by resorting to ad hominem attacks, name calling, and reacting with hatred of our own. We need to find a way to call out and respond to hate without burning bridges with those who express it. We need to transform our enemies into our friends. Otherwise, we’ll never realize the society we’re seeking to manifest.”

A similar torrent of vitriolic comments appeared on my posts about the ruling that George Zimmerman wasn’t guilty of murder.

As you may’ve noticed by many of my recent posts, I’ve been reading a lot of the speeches and sermons by Martin Luther King, Jr. I consider the form of progressive Christianity that I align with to stem from MLK’s lineage. Let me share some more of his fine words to explain more about this concern.

“It is axiomatic in social life that the imposition of frustrations leads to two kinds of reactions. One is the development of a wholesome social organization to resist with effective, firm measures any efforts to impede progress. The other is a a confused, anger-motivated drive to strike back violently, to inflict damage. Primarily, it seeks to cause injury to retaliate for wrongful suffering. Secondarily, it seeks real progress. It is punitive – not radical or constructive.” (The Social Organization of Nonviolence, 1959)

and “…the nonviolent resister does not seek to humiliate or defeat the opponent but to win his friendship and understanding. …our aim is not to defeat…or humiliate… the white community, but to win the friendship of all of the persons who had perpetuated this system in the past. The end of violence …. is bitterness. The aftermath of nonviolence is reconciliation and the creation of a beloved community. ..the nonviolent resister seeks to attack the evil system rather than the individuals who happen to be caught up in the system. …nonviolent resistance is also an internal matter. It not only avoids external violence…but also internal violence of spirit. And so at the center of our movement stood the philosophy of love. The attitude that the only way to ultimately change humanity and make for the society that we all long for is to keep [agape] love at the center of our lives.” (The Power of Nonviolence, 1958)

I believe King’s approach was in sync with Jesus’ Way and I have devoted my life to following that Way. Thus, I included several real life examples of how I’ve tried to engage with enemies with love in my book Kissing Fish. And it’s for these reasons that I deleted the most offensive, egregious, and inflammatory comments that some of you posted in those threads yesterday (not to mention that I intend for this to be a family-friendly page and I want it to be safe space for my young niece to visit as she sometimes does).

It’s perfectly normal for us to have heated feelings upon encountering injustice. And we do need to vent our feelings and not repress them in order to have them not control us. But we’d all do well to remember the truism “that which we criticize most in others is that which we criticize most in ourselves.” We also need to remember that we’re Christians and as such, we’re ambassadors of the faith before a watching world who yearn for Christians to really be Christians. Let’s try to not let them down.

I’ve been known to fall short from being at my Christian best from time to time, and I ask for your help in holding me accountable to what I’m asking of you.

Christian: You Are Upset About the...
Unfundamentalist Christians
Related posts from The Holy Kiss

Progressive Christian
Donald Trump is The Highlander?
The Holy Kiss 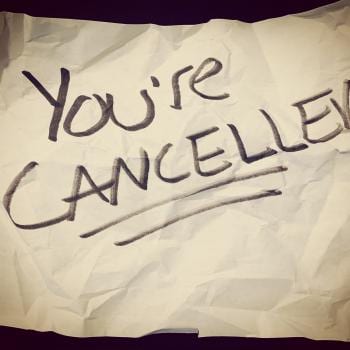 Progressive Christian
Can We Cancel Cancel Culture?
The Holy Kiss 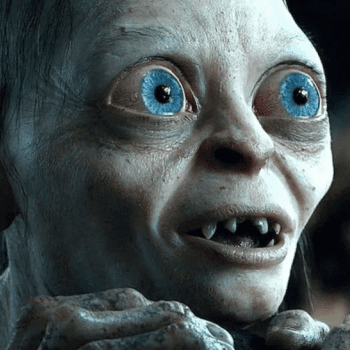