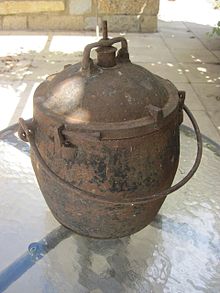 and through their song, we were blessed with a pop witness to the

terror of knowing what this world’s all about.

it honored the good friends who scream “let me out!”

that witness is oh so needed.

in an age when thousands follow the vapid, overly positive tweets and twitters of radiant yogis and yoginis and the syrupy feel-good platitudes of shiny happy televangelists, we need some down to earth, tell it like it is, reality.

it’s heresy to some, and many seem allergic,

millions of us try to relieve our pressured stresses and to shed ourselves from the too sweet saccharine cotton candy of trite and hollow niceties of “follow your bliss, manifest your highest self, namaste” – or “he’s with God now, God needed him in heaven, that happened because it was God’s will” — by doing yoga as exercise, by doing asana as a work-out, or by jogging and running with earbuds in and without communing with the world.

utterly missing from our escapist practices are the yamas and the niyamas,

the dos and don’ts, recognizing that there is right and wrong.

there’s no trace of lament, no slave songs, there’s no full gospel recognition that

“I woke up this mornin’ and I heard a disturbing sound…”

and we fool ourselves with the maya of false peace and contentment.

telling someone whose life savings were wiped out by a wall street bankers capricious whim; or telling up-rooted chechen children that their new life in america is going to be honky dory and to always look on the bright side of life — misses their need for someone to say, “wow man. what a crock. that sucks. i’m so sorry.”

if you pack a pressure cooker with explosives, and then surround them with ball bearings and nails.. and if those explosives are placed in that pressure cooker at the same air pressure as the rest of the room… and if you seal that cooker, and lock down the vent, and if you detonate that explosive with a charge that increases that pressure beyond the limits of its container, you’ll have created an improvised explosive device with a 600 foot kill zone.

it’s not that we’re evil.

the NRA rightly says that guns should be available to law abiding citizens and that people with certain forms of mental illness should be screened with background checks.

and we’re all law abiding – except for those days when we break the law,

and we’re all mentally sound – except for the times when 1 out of every 4 of  us experiences a mental illness in our lifetimes.

there’s only so much pressure than we can take.

did you know that the same chemicals that blew up that fertilizer plant in texas are found naturally occurring in our bodies?

In high enough levels, they can blow up a murrah federal building,

but ammonium nitrate is a hydroculture salt that our bodies can use as an expectorant to help us to cough and and as a diuretic to help us flush out our pipes.

but our stainless steel skins aren’t always so loving.

our vents get clogged and we can come to loathe ourselves, to hate our blemishes,

to see only our faults, and see ourselves only as ugly.

and when when we do, we project that ugly self-hatred onto others

and instead of simply breathing through it, and without coughing out our putrid phlegm, we over-do it,

instead of the occasional glass of merlot for medicinal purposes,

we drink whiskey till we puke and our livers fail.

instead of appropriately taking stock and naming and owning our faults and foibles and giving them space to breathe and spur us to evolve,

without intervention, without venting our pots, the pressures build to volatile points of no return where we not only self-sabotage but take others down with us.

we become ted haggards whose fake facades collapse and our inner demons are released and writ large to wreck havoc upon the earth.

with someone who accepts us just as we are warts and all  — and always will.

let’s talk about our hate, let’s share about our rage,

let’s occasionally safe-sex ourselves so that select knowing smiles become treasured parts of our memories instead of being remembered in the newspapers for having been caught trading drugs for sex and bringing down an entire mega-church empire that was built on impossible standards of sanctimonious saintliness propped up on precarious pedestals – that tend to crash and go boom!

let’s take a few moments to relish in the girl scout snickerdoodle cookies of self-reproach,

let us have a few not so guilty indiscretions where we go-ahead and compare our aging, imperfect bodies to the photo-shopped illusions of beauty in Vogue and Cosmo.

let’s engage in the occasional pity party and remember how our parents withheld their love and approval and how they failed to teach us the good boundaries that we needed in order to feel safe and to thrive.

no, not to dwell in these places, but to admit them, and vent them, and graciously allow others to do the same!

‘cuz if we don’t…. ‘cuz if we don’t gaze into nietche’s abyss – we’ll never know and embrace our junginan shadows – and we’ll become frankenstein’s monsters who cause villagers to mob with pitchforks and torches

March 21, 2013
What's Eating Michelle Shocked? A Pastoral Letter to a Sister in Christ
Next Post

July 15, 2013 A Check to Progressive Christian Rage
Recent Comments
0 | Leave a Comment
"See also this recent article: https://www.scholarscorner...."
BrotherRog Was Luther Wrong? We’re saved by ..."
"“People fail to get along because they fear each other; they fear each other because ..."
BrotherRog Ending the Civil War. Ways to ..."
"Here's an expanded version of this message shared spoken word style on Dec. 8, 2014. ..."
BrotherRog Jesus’ Mom was a Punk.
"Sandra, here's an expanded spoken version of it that I delivered the following year in ..."
BrotherRog “Rock of Ages” – turning a ..."
Browse Our Archives
Related posts from The Holy Kiss 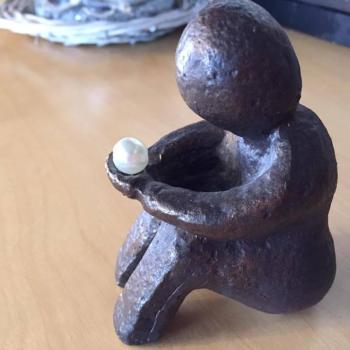 Progressive Christian
A Slice of Centering Prayer.
The Holy Kiss