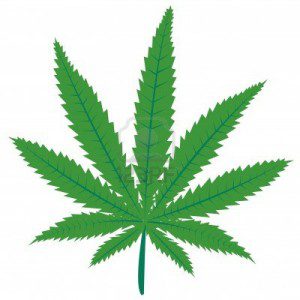 I originally wrote this piece in 2010. Since then, my fellow Colorado voters have voted to legalize medical marijuana and have even more recently authorized recreational marijuana. Perhaps my words made a difference. I’m posting it today to help inspire more of my fellow Christians — in particular, fellow pastors, to come on board with this sensible way of viewing these matters.

—–
EVERY police officer in a town in Mexico recently quit their jobs for fear of their lives. One out of every three African American males will be sent to prison at some point in their lives.  Something is wrong – and that something is U.S. drug policy (and, yes, with a goodly number of U.S. citizens and their tragic demand for drugs – who crave and seek them despite the many lives being senselessly taken).

What should a Christian pastor make of this unacceptable situation? What is an appropriate pastoral response to this injustice?

Can a Christian pastor advocate for legalizing drugs?

Personally, I’m not in favor of drug use. I think it’s poor stewardship of one’s body and prevents people from embracing reality, but enough is enough! My moral opinion isn’t worth 28,000 murders (and rising), way too many people behind bars and a massive waste of taxpayers dollars. The United States now has 1 out of every 31 of our adult citizens either behind bars, or on parole or probation and the lion’s share of them are in the system due to drug related offenses. Mexico is looking at legalizing drugs as the most sane and effective way to respond to their problems. This will be even more effective if the U.S. joins them and shares this approach.

Note:  this should not be spun as “United Methodist pastor favors drug use.” What I’m saying is that the status quo ain’t working and the war on drugs has been lost and it’s partly because of people trying to legislate morality. You’d have thought we would have learned our lesson during the failed (and similarly violent) Prohibition Era.

It makes much more sense to legalize drugs, regulate them, tax them, and help the people with their problems that are causing them to resort to drug use rather than making them into criminals. Granted, anything that can be used as a date rape drug shouldn’t be legalized or even decriminalized. And there may be good reasons to put limits on crystal meth because of how dangerous it is. But folks wouldn’t likely use crystal meth if other drugs were legally available. I say regulate them, tax them and use the money for drug use prevention and addiction programs. Indeed, for years, advocates of legalized pot have said, “It’ll bring in new taxes” as part of their rhetoric to help sway the public to their side. It’s time to take them on their word and tax and regulate pot just like we do cigarettes and alcohol.

In particular, it is hypocritical for our government to allow alcohol but not to allow marijuana use. Both are mind altering substances and marijuana is in no way worse than alcohol. While marijuana use is not recommended for people under 25 (while human brains are still developing), more human organs are damaged, and more severely, by alcohol than marijuana. In fact, it’d be far better for our society if more folks smoked pot than consumed alcohol. There would be far fewer motor vehicle accidents and deaths and far fewer domestic acts of violence. This would also mean lower insurance costs and less costs to taxpayers for police, emergency, ER services, and court processes. This ought to be a no-brainer for economic conservatives.

Moreover, legalizing drugs would single-handedly reduce crime and violent death rates in both Mexico and in the US, and dramatically reduce the amount of governmental corruption. It would also cease the major source of funding for the Taliban and terrorism.

Alas, my guess is that our nation’s prison industry would lobby against decriminalization however. They have a vested interest in keeping as many of us behind bars as possible. sigh.

But I will not be resigned to things the way they are. The collective power of the people trumps those of the prison industry.  All we have to do is to face the facts, embrace common sense, and work together to change the laws.

abstainently yours (well, aside from an occasional glass of beer or wine),

p.s. I am in favor of the medicinal use of marijuana and know several people who are benefiting greatly from such use (though I know many more who feign a medical problem and simply use it recreationally, and/or to try to escape from and numb their problems in life). I also think that as long as such drugs are only allowed to be sold in a medicinal capacity, it’d be better if said drugs were sold from behind the counter of established pharmacies and drug stores (natural or commercial). The town I live in has become pocked with many, rather seedy looking, “medical” pot emporiums which clearly glorify hippy drug culture and recreational use – and are hardly the sorts of places one would expect to purchase medicine. That said, the learning curve about the many strands of marijuana might be steep for pharmacists to learn. Many of the clerks who work at pot shops are highly knowledeable. Perhaps they should be hired by pharmacies.

—
pps. since I wrote that piece, I’ve come around to also being more okay with the recreational use of marijuana. It’s not my cup of tea, but – employing Scripture, Tradition, Reason, and Experience – I can see no reason why Christians should view it differently than alcohol. 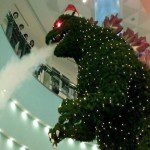 December 19, 2013
Is progressive Christianity a "Christmas monster"?
Next Post 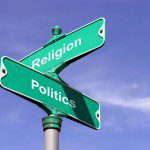 January 17, 2014 Progressive Christianity isn't Progressive Politics.
Recent Comments
0 | Leave a Comment
"See also this powerful six minute video clip. Testimony of a military veteran about the ..."
Roger Wolsey Why America isn’t a Christian Nation.
""Instead of presenting God as a dictator or monarch who calls the shots, panentheism understands ..."
BrotherRog Groovin’ With God – beatnik process ..."
"The Church is not in any danger of dying. Matthew 16:18And I tell you, you ..."
Bob Shiloh 10 Ways Churches Could Bring Us ..."
"Agreed, and none of the people who wrote the canonical Gospels met the historic Jesus ..."
Roger Wolsey A Pickle for Progressives & Paul?
Browse Our Archives
Related posts from The Holy Kiss