You’re a progressive Christian? So you’re a liberal Democrat right?

Sometimes words that seem similar have little to do with each other. The chances for confusion increase especially in the case of heteronyms (words that sound the same and spelled the same, but have multiple meanings). The bear had to bear the burden of having to hail a cab to escape the hail in order to bail out her friend who was charged with bailing a swamped canoe in the swamp that wasn’t hers.

The same is also true for the words liberal and progressive.

Liberal can refer to quantity — “a generous portion.” It can refer to a state of mind or disposition — “open-minded,” “open to new ideas,” “tolerant of diversity.”

Politically, almost all Americans in the U.S. are Liberals. 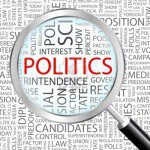 Wait. What?!? It’s true. Both conservatives and liberals are subsets of the classical Liberal political system that birthed our nation, created our Constitution, and established our political parties.

The Democratic Party has come to be viewed as “the more liberal” of the two major political “Liberal” parties; i.e., it’s more focused upon utilizing the vehicle and mechanisms of government to reform society and to bring about social justice, yet doing so in a gradual manner (as opposed to radicals). Here’s what John F. Kennedy said about that word:

What do our opponents mean when they apply to us the label “Liberal?” If by “Liberal” they mean, as they want people to believe, someone who is soft in his policies abroad, who is against local government, and who is unconcerned with the taxpayer’s dollar, then the record of this party and its members demonstrate that we are not that kind of “Liberal.” But if by a “Liberal” they mean someone who looks ahead and not behind, someone who welcomes new ideas without rigid reactions, someone who cares about the welfare of the people — their health, their housing, their schools, their jobs, their civil rights, and their civil liberties — someone who believes we can break through the stalemate and suspicions that grip us in our policies abroad, if that is what they mean by a “Liberal,” then I’m proud to say I’m a “Liberal.”

Yet, as the German philosopher Ludwig Wittgenstein pointed out, with words, “meaning is use,” and liberal has often come to mean “someone who cares about the environment, reducing poverty, avoiding war, and who seeks to “promote the general Welfare of the nation” via progressive taxation.”

Which brings up the other word, progressive.

Progressive can refer to locomotion (either literally or metaphorically) “moving forward,” “evolving,” “improving,” “advancing,” with the tacit notion that what one is progressing toward is preferable and better. Suitingly, the term progressive came about after the term liberal.

Progressivism politically was birthed in the early 20th century and really emerged on the scene in 1912 when Theodore Roosevelt defected from the Republican party to form the Progressive Party (which became known as the “Bull Moose Party”).

The Progressive party was highly egalitarian for its time and intentionally included women and many blacks. Key planks in their platform included such “progressive” things as a National Health Service; “Social insurance” for the elderly, the unemployed and the disabled; an 8-hour work day; a minimum wage; an inheritance tax; a constitutional amendment to allow for a Federal income tax; women’s suffrage; direct election of senators; strict limits and disclosure requirements of campaign contributions; registration of lobbiests; and publishing Congressional proceedings. (Roosevelt would be outraged by the recent Supreme Court “Citizens United” ruling which deems corporations “persons” able to buy our politicians.) 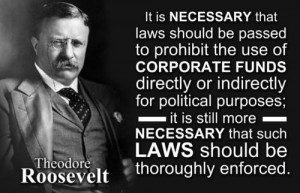 Progressive Christianity is the evolution of liberal Christianity. Liberal Christianity was a modern-era movement that was a fruit of the Enlightenment, which embraced academic biblical scholarship, and deferred to the authority of contemporary science. While open-minded in many ways, it was patriarchal, elitist, colonial, and ceded too much clout to the tentative insights of science. It also over emphasized the intellect and reason an minimized passion and the heart. It missed out on the beauty of embracing the apophatic (the ultimate unknowableness of God), paradox and mystery. In so doing it missed the forest for the trees – albeit missing a different part of the forest than fundamentalists do.

Progressive Christianity is a post-liberal movement that seeks to reform the faith via the insights of post-modernism and a reclaiming of the truth beyond the verifiable historicity and factuality of the passages in the Bible by affirming the truths within the stories that may not have actually happened. Progressive Christians are open to the reality that God is vitally at work in other world religions; that Christianity doesn’t have a monopoly on the truth; and that it’s best to take the Bible seriously, but not always literally. Progressive Christians also tend to be pro-gay and view salvation more as a here and now phenomenon and not merely “where we go after we die.” Here’s the working definition that I used in my book “Kissing Fish”:

Progressive Christianity is a post-liberal approach to the Christian faith that is influenced by postmodernism and: proclaims Jesus of Nazareth as Christ; emphasizes the Way and teachings of Jesus, not merely His person; emphasizes God’s immanence not merely God’s transcendence; leans toward panentheism rather than supernatural theism; emphasizes salvation here and now instead of primarily in heaven later; emphasizes being saved for robust, abundant/eternal life over being saved from hell; emphasizes the social/communal aspects of salvation instead of merely the personal; stresses social justice, environmental protection, and non-violence as integral to Christian discipleship; takes the Bible seriously but not necessarily literally, embracing a more interpretive, metaphorical understanding; emphasizes orthopraxy instead of orthodoxy (right actions over right beliefs); embraces reason as well as paradox and mystery — instead of blind allegiance to rigid doctrines and dogmas; does not consider homosexuality to be sinful; and does not claim that Christianity is the only valid or viable way to connect to God (is non-exclusive).

Back to the original question.

Yes, I’m a progressive Christian, but I’m not a Democrat. I happen to be registered as an Independent, and I’ve met quite a few people who are fellow progressive Christians but who are registered Republicans and/or are conservative politically. Just because someone’s equally OK with referring to God as “She,” “Father,” “Mother,” “Om” or “Allah”; or just because someone doesn’t consider homosexuality to be sinful; or just because they believe that there’s no need to convert their Buddhist neighbors — doesn’t mean that they’ll be voting for Hillary Clinton, Elizabeth Warren or Wendy Davis in 2016.

Granted, it’s likely for conservative Christians to be conservative politically and it’s likely for progressive Christians to also be progressive politically. The two feed and reinforce each other (e.g., biblical literalism and a strict constructionist take on the Constitution) and I suspect there’s a certain amount of cognitive dissonance involved in those who are one way politically and the other theologically. Consistency isn’t a human characteristic.

What’s motivating this piece are the many bloggers and media folk who are using the political terms “liberal” and “progressive” interchangeably, and/or are mistakenly equivocating the political versions of those terms with the theological versions. They ain’t the same.

Life is messy. Progressive Christianity is okay with that.

Here are some other treatments of Progressive Christianity: The 8 Points; the Phoenix Affirmations. 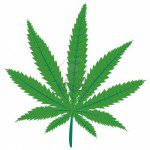 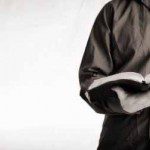 January 21, 2014 16 Ways Progressive Christians Interpret the Bible
Recent Comments
0 | Leave a Comment
"The Church is not in any danger of dying. Matthew 16:18And I tell you, you ..."
Bob Shiloh 10 Ways Churches Could Bring Us ..."
"Agreed, and none of the people who wrote the canonical Gospels met the historic Jesus ..."
Roger Wolsey A Pickle for Progressives & Paul?
"I disagree. Most leave their Church, Organization or Group because they discover their beliefs are ..."
Bob Shiloh Why America isn’t a Christian Nation.
"Paul NEVER met, knew or associated with the historical Jesus. Never. He knows next to ..."
Bradford Nelson Bray A Pickle for Progressives & Paul?
Browse Our Archives
Related posts from The Holy Kiss