Cookies of Love: a Progressive Pastor’s Encounter with Fred Phelps 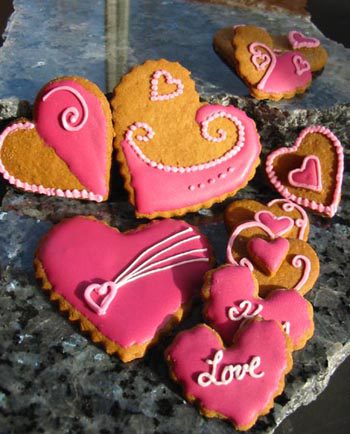 Brother Fred – is dead. When someone passes it is right and well to remember them. The following is a recounting of an encounter I had with the late, spreader of homophobic hate – Fred Phelps — at his worst, and perhaps at his best.

During my last semester of grad school I was involved in monitoring the proceedings at the General Conference of the United Methodist Church (effectively, the “Congress” of the denomination that meets every four years to adopt and revise policies & regulations) that happened to meet in Denver that year. Like many mainline Protestant denominations, the UMC has been in state of transition & turmoil regarding whether or not to allow for the full inclusion of GLBTQI persons. Here’s what happened at the conference one day:

As I got off the bus downtown and approached the Denver Convention Center, I could see a bunch of people holding large signs. They didn’t look like fellow conference attenders and they didn’t seem friendly. As I got closer, I could read their signs and realized that this was a group of outside interlopers who were crashing our convention with their messages of hate. The signs read, “Methodists Repent! Don’t become a Gay Church!;” “Homosexuality is an Abomination! Leviticus 18:22,” and the like.

The closer I got to them, the more my blood pressure rose. I could feel the adrenaline pumping through my veins. I was getting into attack mode. I went up to the jerk holding the sign quoting from Leviticus and said, “Do you eat shrimp?” He said, “What?” I hollered back, “Do you eat shrimp or crab meat?! Because if you do that’s an abomination Leviticus 11:12!” Him, “Well that’s different!” I said, “Oh really? Say, is that a polyester-cotton blend shirt that you’re wearing? That’s against the law too! What do you think you’re doing picking and choosing verses from the Bible and then being such a hypocrite?!” It was on. The shouting match took off and it was a truly epic match of tit for tat proof-texting each of us proving how we were right and the other one was wrong – and an ass.

In the midst of this nasty melee, I felt a breeze against the back of my legs. I turned and saw a tall man in a suit reaching in between us with a large cookie in his hand, saying, “Have a cookie!” The guy with the sign and I looked at each other then at him, and then we took the cookie being offered. We broke it in half and started to enjoy the cookie. The guy in the suit walked off hardly breaking stride at all. We found ourselves still arguing, but our volume level went way down and we somehow shifted into a more civil mode of, slightly, more rational debate. He learned my name is Roger. I learned his name is Fred. And at the end, we honored each other as being fellow Christians, we shook hands and pledged to pray for each other (both of us certain that the other needed prayer).

Later that day, I came across that strange man in the suit and went up to him and thanked him for offering that cookie to us as a means of grace and transformation. To which he replied, “What are you talking about? I was trying to put something in that guy’s mouth so he’d shut up and let you speak!”

I learned a lesson that day, the Holy Spirit can work even through people who aren’t even aware of it – and who even have a different agenda all together. In fact, I think She may’ve even done it through me a few times. The other lesson was that the line between enemy and friend is not a rigid one and that the concept of “enemy” is only there to the extent that we want and allow it to exist.

Historic writings about the early Church tell us that non-Christians often remarked of Christians “See how they love each other!” There was a time of such a lack of love in ancient Roman society that any show of love or joy, let alone unconditional love like the kind that had them going out of their way to ensure that the poor people of Rome received proper burials, set Christians apart from the rest of the crowd. People could sense something was different about those Christians. That difference was inclusive, radical love and compassion – and that difference made Christianity worthy of consideration. Those early Christians provided proper funeral services for the indigent strangers when no one else would. They rescued infants with birth defects from the garbage heaps who’d been rejected and discarded as refuse by families unwilling to raise them. And they notably tended to each other when they took ill, experienced hardship, became widowed, etc.

Could the same be said of us today? Could people look at us and be able to say, “See how they love?” It’s such a simple thing to have said about us, but it’s the highest compliment we can receive. It’s certainly better than, “See how nice their church building is,” “See what a great webpage they have,” “See how hip their praise band is,” or even “See how righteous, holy, and law abiding they are.” It was simply, “See how they love!” To the extent that some Christians are demonstrating and manifesting this sort of love, it’s not by accident. It’s because they’ve worked at it. The next chapter shares how. 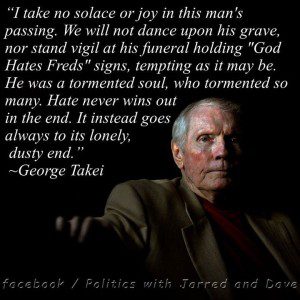 Fred, human history will not remember you kindly. There are reasons for that. I thank you, however, for sharing that moment in the Sun on that plaza that day. I thank you for having cookie communion with me. I thank you for your prayers – and for that fleeting glimpse of your higher self – your true self – the loved, forgiven, accepted Child of God – who loves, forgives, and accepts others. Perhaps that’s the true self that allegedly got excommunicated by the hateful “church” that you created. Their loss is heaven’s gain.

Excerpted & adapted from the end of Chapter 10 of Kissing Fish: christianity for people who don’t like christianity.

Roger’s blogs on The Holy Kiss 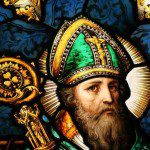 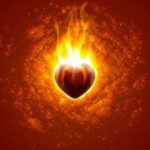 March 27, 2014 A "Sacred Fire" that Presents a Sacred Challenge -- and Blessing.
Recent Comments
0 | Leave a Comment
Browse Our Archives
Related posts from The Holy Kiss