Handling the Haters: Tips for those who write blogs & those who read them. 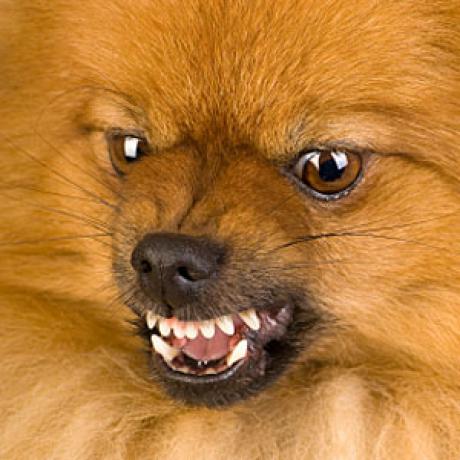 You’ve just read a terrific blog or news-story from one of your favorite writers – perhaps it’s even one that you wrote. You’re basking in the glow of someone’s creativity. You’ve been blessed by their wit and humor. And you’ve allowed your mind to walk a mile in another person’s moccasins to see the world as they see it. You’re relishing in an insightful, fresh perspective. And you’re sporting a knowing grin of satisfaction and delight having experienced a slice of the heights of our collective humanity at our highest selves.

And then – you read the comments.

Your bubble’s been burst.

What freakish side of the bed did they wake up on? Did the people making such hateful and strident remarks read the same fine piece that you just did? How on earth could someone see things that way? And how could someone have been so triggered so as to lash-out with such bitter and mean-spirited spite and vindictiveness?

If you are a blogger, or reporter, or a reader of blogs and online news-stories, something that goes with the territory of this contemporary mode of human expression are comments from readers that seem filled with inexplicable rage and animosity. And as much as some people can’t stand reading those comments, they do so anyway. We just can’t help it. It’s like rubber-necking at traffic accidents as we drive by on the highway. We have a morbid fascination with the grotesque. We tend to watch fights that take place. We have prurient interests and curiosities. And yet, we feel gross and like we need to take a cleansing shower after reading such comments. We’ve gone from thinking the best about humanity to thinking the worst in less than a few minutes. And it’s crazy-making.

I run a facebook page that is the fanpage for a book that I wrote (“Kissing Fish“) and I also write a blog (“The Holy Kiss“). Both the blog and and the FB page have a lot of followers – not all of whom are kindred spirits or allies. There are more than a few people who seem to have nothing better to do with their lives than to post disparaging, hostile, ugly criticism of the words of others. On the internet, they’re known as “haters” or “trolls.”

Some people suggest that I embrace a “zero-tolerance” policy for such comments. I suppose that could be one approach. It would in many ways be easier and simpler. But when I’m at my higher self (perhaps 2-3 minutes in any given day), I realize that such a rigid response is simply buying into the rigidity in others that I’m finding offensive. Deleting their comments and/or banning such people reduces me to their level. I actually feel more compassion for those people than hate. I wonder what’s going on in their lives that leads them to write what they posted. I imagine their back-story – and feel pity.

And, I also realize, that their feedback is actually sort of a gift. That there just may be a grain of truth to what they have to say. That, even though it’s over-stated, and written in a mean way, they’re iron who sharpen my iron by helping me to hone my message by pointing out some weak spots in what I’ve written.

I’m sounding pretty wise and mature aren’t I? But… as I said, I’m only at my higher self 2-3 minutes per day.

So, to help me moderate my tendency to retributively respond in kind when someone attacks one of my blogs or postings (by either attacking them or deleting their comment or banning them), I try to embrace two helpful tips that help me to at least find a healthy middle ground:

* Realize that they’re not attacking me, but something that I wrote. I don’t have to experience criticism as an ad hominem attack. I can receive it as a gift to help me make needed tweaks and adjustments to something I wrote.

The “About” page for my Kissing Fish page includes some guidelines for how I manage that page. (You know the “About” page? It’s that page that few people bother to read before they click “like” on a FB page. It’s to the far left at the top, on the same line as “Photos” and “Likes). Posting these guidelines does 2 things. It gives readers a chance to know what they can and can’t do on the page. And it reminds the other readers (and myself) of how I expect us to interact with people who violate the guidelines. Several fellow bloggers and administrators of other FB pages have told me how much they like my approach and how I run my pages and interact with fans and readers and one invited me to write this up as a blog. 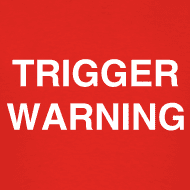 Here’s an excerpt from that About page:

..This Facebook page is the fan-page for the book “Kissing Fish: christianity for people who don’t like christianity.” As such, it’s a forum to promote and discuss progressive Christianity. It’s also a Safe Space and a Haven for people who are wary about Christianity and who have been burned by conservative evangelical and/or fundamentalist forms of the faith. I am the “shepherd” of this flock and I seek to be protective in a reasonable way.

Also, If a post or comment is over 50% quoting scripture without original thought or commentary, or if a comment contains LOTS OF SHOUTING, or if a post is one very long paragraph without any use

I may remove those posts too – I certainly won’t read them. (You make a “hard return” by entering the Shift & Return keys at the same time)

Within those parameters, civil discourse and dialogue are welcome.

Some tips for conversing with people you disagree with:
* separate the person from their positions
* focus on their positions and arguments, not on them
* try to avoid fallacies such as ad hominem, dismissing a statement because of the source, strawman arguments, putting words into people’s mouths that they didn’t say, etc.
* try to avoid viewing others as “enemies” and see them instead as “new people in my life who I’ve yet to make friends with, who currently think some odd and unhelpful thoughts, and who with mature conversation, might someday come around to shedding those dysfunctional ways of thinking.”
* Facebook allows you to hide the posts and comments of people who simply trigger you too much. (hover over the upper right hand corner of one of their comments and follow the instructions).
* Try to avoid being reactive and try to grow into a place of being a non-anxious presence that allows others to be where they are – knowing that God loves them and that God’s not done with them, or you, yet.
* Realize that you don’t have to respond to every bone-headed comment that shows up. Trust that others will either step-up to do that, or, simply view such posts as the juvenile acting-out and tantrums and death-throes of an antiquated and archaic way of being Christian (or atheist) that is on its way out.

Finally, try embracing Augustine’s wisdom of “In essentials, unity; in non-essentials, liberty; in all things, love.”(I wish he would have considered his own wisdom more than he did – but that’s another story). And John Wesley’s adage that “Though we may not think alike, may we not love alike? If your heart is as my heart, give me your hand.”   Peace. – Roger Wolsey, author/admin Kissing Fish

Here are two recent blogs that others have written that also contain some gems that can help us be more calm, cool, and collected as we surf the web:  Dealing with negative comments & 6 ways to stop the crazy-makers from making you crazy

And you know,  you could just read the blogs and news-stories — and not read the comments. 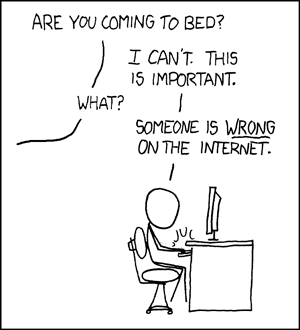 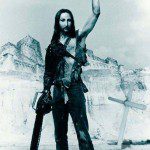 April 16, 2014 A Kinder, Gentler, more Grown-up Easter.
Recent Comments
0 | Leave a Comment
"See also this recent article: https://www.scholarscorner...."
BrotherRog Was Luther Wrong? We’re saved by ..."
"“People fail to get along because they fear each other; they fear each other because ..."
BrotherRog Ending the Civil War. Ways to ..."
"Here's an expanded version of this message shared spoken word style on Dec. 8, 2014. ..."
BrotherRog Jesus’ Mom was a Punk.
"Sandra, here's an expanded spoken version of it that I delivered the following year in ..."
BrotherRog “Rock of Ages” – turning a ..."
Browse Our Archives
Related posts from The Holy Kiss