Confessions of a Progressive Christian. 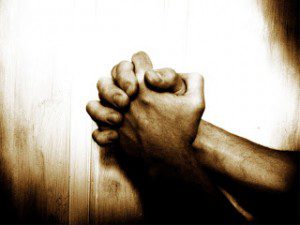 Ouch. It cuts like a knife. And wow does it hurt.

I write this blog at a cruising altitude of 31,000 feet above sea level – somewhere above the snow-covered fields of Nebraska. I caught a plane with my little boy this morning to visit my family back in Minnesota. I’ve been sick as a dog for the past few days—it was all I could do to get us to the airport.

Today’s venture involved the usual comedy of errors, misplaced tickets, misplaced carry-on bag…and it also had the lovely added complication of my sharing some of my less than pleasant symptoms with the people around me. We sat down at the gate and I started farting up a storm. Unfortunately, it wasn’t just passing innocent gas, it had to be the stinking, sulfury, rotten egg kind of farts. I could even smell them despite the fact that my sinuses and nasal passages were cram-packed with sinusitis phlegm and crud. Sigh.

While I was busy pretending not to notice, my mind raced with the possible source of this malodorous tirade. Are the antibiotics I’m currently on causing a biological imbalance in my bowels? Could be, but I think the real culprit is the small bottle of really cheap whiskey that I purchased yesterday at a local liquor store in order to make myself a hot toddy tea drink in hopes that that would help me get to sleep last night. I don’t care for liquor but I couldn’t see spending a lot of money for a better brand of poison if it’s going to be mixed with tea. The guys at the store winced as they saw which bottle I decided upon. I suppose that should’ve told me something.

Anyway, as we stood to get into the line to board the plane, I noticed a man at the gate. What I noticed about him was that he had a massive scar that covered a good 80 percent of his face. It was red and fierce. I couldn’t tell if it was a birthmark or the result of some sort of unfortunate mishap, but it was as nasty a disfigurement as I’ve ever seen before.

His scar matched the red sweater he was wearing – part of his uniform. His job is to provide wheelchairs to people who might need assistance when they board planes. My first thought was, how horrible it must be for this man to have such a scar – something that is literally a part of his life and that he can’t escape from.

Then, sometime after take-off, the farting resumed. I hate to be inflicting this on the woman sitting next to me but there’s no choice in the matter. Fart happens – and on this day, a lot.

At any rate, at some point during one of my fumigating episodes, I emerged from the hazy, toxic fog with an awakening. That man with the scar on his face – is me.

I may not have a large unsightly blemish on my face, but I am scarred just as badly as he is – maybe even worse. You see, for all I know, that man may go home each night to a loving partner and kids who cherish him and make him feel like the richest of kings. I on the other hand, have had a series of dysfunctional relationships and the common denominator in them is – me.

I may not be on the pages of GQor Maxim, but I’ve been told I have nice eyes (courtesy of my father) and a nice smile (courtesy of my parents, who paid for braces). I’ve even been led (at times, esp. in the past three years) to believe that I’m somewhat attractive, fetching, reasonably handsome. 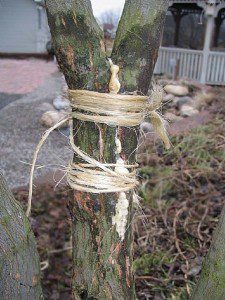 I saw a painting of a tree recently that relates to this. It was a naked tree, dark, without its leaves, and, though it was majestic and grand, it had a major gash in its center – a gash that looked fatal. That tree’s days are numbered. Like that tree, unless I change my ways, unless I repent, unless something happens – Intensive therapy? Massive soul-searching and examination? Divine intervention?- my days in the sun will be numbered too.

Happily (I can’t believe I’m actually using that word), a friend of mine (who I dated a year after the divorce) pissed me off royally the other day. Over the past few months, this friend has evidently, been seeking to hold a mirror up to me. The purpose of that mirror was to: tell me that I may not really be “all that”; to knock me down off my pedestal and cut me down to size; to call a spade a spade; to tell it like it is; to be brutally honest in order to help me hear the painful truth – that I’m not a very whole, functional or loving human being. It wasn’t until this friend made one particular comment the other day that I finally got it.

My first reaction was to be profoundly defensive. I issued a curt and indignant pink-slip and fired that person from being my friend. I wanted to start the New Year dropping this “friend” because who really wants someone hanging around who criticizes, belittles, and attacks them instead of supporting them or making them feel good?

Then, after a few hours of allowing my knickers to get in a twist, I got quiet. I turned off my defensive shield, I ceased sending out my retaliatory nuclear missiles, and I shut up. I sat in silence and fell asleep. Which brings me back to the awakening I’ve just had on the plane.

In the middle ages, one of the members of a king’s court was the jester. Through the use of subtle or even sarcastically lampooning humor, the jester had the responsibility of putting a check to the king’s ego, exploits, and escapades when it looked like things were getting a bit out of hand. Jesters were prophetically called to say “the Emperor has no clothes.” Needless to say, jesters had little job security and diminished life-expectancies. They often found themselves suddenly separated from their heads. But wise kings granted jesters permission to do their jobs. Really wise kings listened to what their jesters had to say.

Off and on over the past decade, I’ve had moments where I’ve felt like I’m a fraud and a hypocrite. I’ve not always practiced what I’ve preached, and I’ve not even always been very good at preaching – at least, I’ve not reached my full potential. I’m a man of God who believes that God is love and that God’s children are supposed to be loving and yet… I’m emotionally handicapped and have not always been very good at loving or being loved.

I’m thinking of writing a book about progressive Christianity and it includes chapters on God, Jesus, Salvation, etc… – and, given my dysfunctional, emotional hang-ups, who the heck am I to write about God? Who the heck am I to write about love, wholeness, and salvation? I sometimes feel like I wouldn’t know salvation if it bit me on the butt and like I couldn’t love my way out of a wet paper bag. I also say one thing, and do another. In sum, I suck. I suck as a pastor, I sucked as husband, I suck as a father, I suck as a lover, and I might even suck as a human being.

I’ve had thoughts along those lines cross my mind over the years, I’ve just never had anyone else say them to me. Well, it’s happened. ‘Bout time huh? (to be fair to this friend, I’m overstating things a bit, but I’m needing to do this to help me drive the message home and to fully embrace it).

Welcome to the human condition.

I’m still wincing a bit from what happened. I’m still in the wake of the storm. But, a shift has definitely taken place.

It’s been said, “You can’t be anything unless you’ve been nothing.” Well, I must really be on my way to something now. I’m not done gazing into this mirror. I still have many insights and truths to discover and assimilate. And then… there’s all the work of rebuilding from the ground up that lies ahead. Holy schnikes.

Well, this is as good a way as any to start out a new year. I have hope that someday I might grow to be like one of the two trees in Gibran’s famed parable, “On Marriage.” I want to grow mightily along side another mighty tree – one who is independent of me, yet who supports me, one who doesn’t strangle my roots nor rob me of the Sun; and I would be these things for her as well.

In the meantime, I will keep things simple. I will eat. I will pray. I will sleep. I will parent. I will work. I will dream. I will fart.

In the spirit of holding me accountable to being the best I can be, if anyone sees me in a liquor store about to purchase a really cheap bottle of whiskey to make a hot toddy with – don’t let me. For the love of God, and for the good of travelers everywhere, don’t let me.

[originally written in Dec. 2007, it is now a “segue moment” excerpt in the book, “Kissing Fish.” originally posted in Elephant Journal] 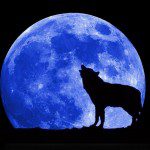 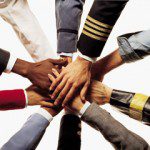