Why I’m Spiritual *and* Religious. 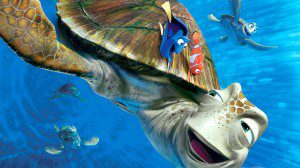 I realize that saying this may be swimming against a current, but for me, they each inform and complement the other.

Here’s an analogy. I enjoy playing my trumpet by myself and practice it as I have time. This is like my spirituality. It’s a personal way for me to express myself and to commune with God. 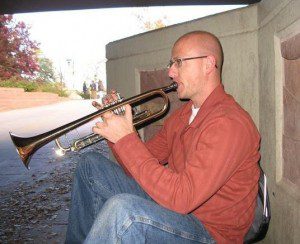 And yet I also enjoy playing my trumpet with others in bands and orchestras. This is like religion (which comes from the Latin “religare” – “to bind together.”) 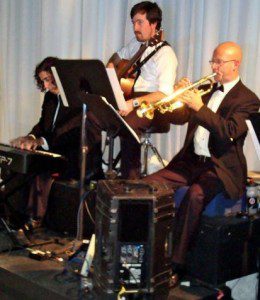 Humans are social creatures and when I play with others, I’m exposed to new ideas and different forms of music and styles and techniques and I play at a higher level than I would experience on my own. I feel invited and inspired to play at my best and to enjoy the exhilarating experience of being a part of something larger than myself and participating in something that I simply couldn’t on my own. It’s a bit like how giant redwood trees grow tall by intermingling their roots with each other in order to support each other.

To use another analogy, if we are “fish,” spirituality is awareness of the water, and religions are the currents in the ocean that fish can choose to swim in to go faster and further than they otherwise could or would. (Flying fish are spiritually blessed in that by jumping out of the water they can perceive that they’re immersed in it.) 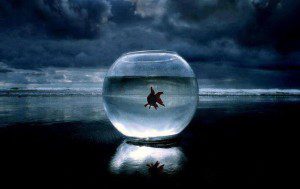 Humans thrive best when nurtured in communities that provide comfort, support, challenge, accountability, inspiration, and fellowship. A person can say that they’re a football player, but if they only practice alone by themselves in their backyard, and aren’t a part of a team that practices and plays together, they won’t be as much of one as they could be.

Similarly, as a Christian, I realize that following that radical dude from Nazareth and his Way, teachings, and example – ain’t easy if attempted solo. Jesus banded people together to follow him. We need one another.

Sure, it’s possible to come to a place in life where one feels that they no longer need a team. In some ways, that could be true, but there’s often some denial and self-deceit going on. Moreover, there are times when we participate in a group not so much because we need it, but because they need us. People groups don’t change unless people who care about them are willing to actively engage in them – and change them from the inside – which is the only way things ever change.

All this said, I couldn’t be a Christian if fundamentalist churches were the only kind of Church that there was. Happily, that isn’t the case, they’re actually in the minority. There are plenty of other churches ranging from conservative to progressive. There’s no such thing as a perfect church, and they’re all mixtures of various levels of health and dysfunction. That’s humans for ya. I invite us to choose one that fits “well enough” and then allow it to change us – as we change it.

Blessings as we each do our private spiritual inner work and as we grow in Christ together.

— Here’s a link for how to find a progressive Christian congregation near you. 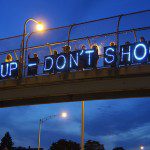 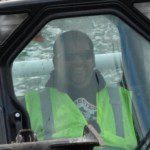 December 24, 2014 A Christmas Grinch - and a Christmas Hope.
Recent Comments
0 | Leave a Comment
Browse Our Archives
get the latest from
The Holy Kiss
Sign up for our newsletter
POPULAR AT PATHEOS Progressive Christian
1

Revisiting Highway 61: All you know...
slacktivist
Related posts from The Holy Kiss