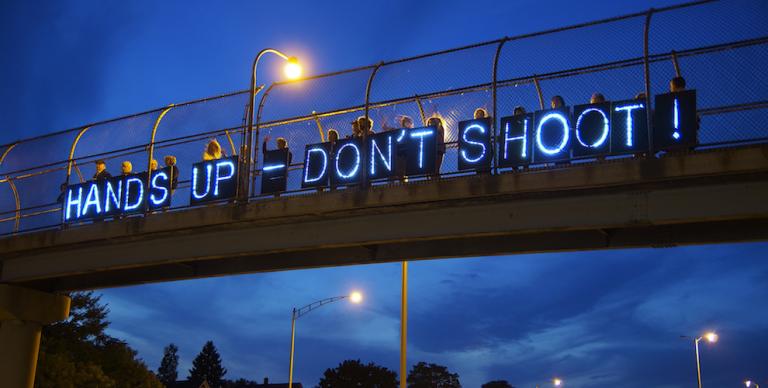 instead of God’s chosen people blissfully basking in the warm sun of freedom,

they couldn’t breathe because the air was thick with the heavy jack-boots of imperial oppression.

instead of the hebrews building projects of their own design,

her craftsmen and laborers were laboring under the thumbs of Roman task-masters who had them constructing temples to their pantheon of gods and housing for their legions of troops.

and whatever pay those hebrews received in pay — was excessively taxed –

they were paying taxes to fund their own subjugation and oppression!

a pax romana was the law of the land – a “roman peace”!

and there was peace alright — unless anyone dared to rise up to resist that roman rule!
those who rebelled “Hands up!” were nailed to crosses “I can’t breathe!”
— and their cities razed to dust.

– and their religious leaders were colluding with it all.

then,  along came mary.

i said, then along came mary!

mary comes from miriam – a hebrew word that means “their rebellion.”
what are you rebelling against mary?
“things that need it. what da ya got?”

chattel. cattle. she wasn’t a cow!

then the midnight flitters of heavenly wings descended upon that rebellious lass,

archangel proclaims – “rebel girl, God’s got a plan – and She wants you in on it!”
mary wondered as she wandered, she dreamed as she pondered,

not timid, but raucous.

not meek and mild, but bold and wild!

God’s about to do something new in the world!

God’s about to turn the world upside-down, knock the wealthy oppressors off their pedestals, lift up those who’ve been oppressed, and usher-in a new reign of social justice and reconciliation!

“My soul glorifies the Lord
and my spirit rejoices in God my Savior,
for he has been mindful
of the humble state of his servant.
From now on all generations will call me blessed,
for the Mighty One has done great things for me—
holy is his name.

His mercy extends to those who fear him,
from generation to generation.
He has performed mighty deeds with his arm;

he has scattered those who are proud in their inmost thoughts.
He has brought down rulers from their thrones
but has lifted up the humble.
He has filled the hungry with good things
but has sent the rich away empty.
He has helped his servant Israel,
remembering to be merciful
to Abraham and his descendants forever,
just as he promised our ancestors.”
a lot has happened since she first sang that magnificat song.

though crucified, Jesus came, saw, and conquered the hearts and minds of millions and billions of men and women.

…but we aren’t always at our best.

sisters, it’s time once again to sing a new song!
and brothers, let’s join them!

let’s sing a song to end human trafficking in a world where there are more people enslaved today than at any other time in human history.

let’s sing a song that breaks through the glass ceilings that prevent women from being CEOs and that prevents women from earning more than 80 cents to a man’s dollar.

let’s sing a song that challenges the sanctimonious bigotry and homophobia that still remains in too many parts of christ’s holy church.

let’s sing a song that rejects the realities where there are 96 cases of a white police officer killing a black person in our nation every year – and where over 5,000 American citizens have been killed by police officers in the past 10 years, with more of our citizens now being killed by cops than U.S. soldiers being killed by our enemies in Afghanistan. 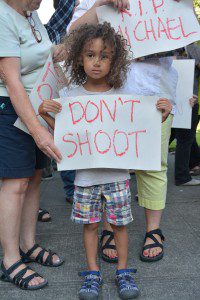 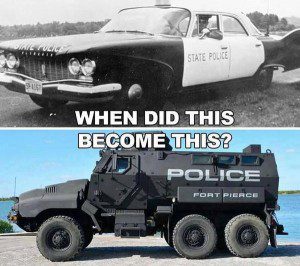 let’s sing a song that gives a damn about the earth and its environment — so that many more generations of God’s creatures can enjoy it.

let’s sing a song that celebrates the power of people uniting in ending apartheid wherever it appears – in ways that seek truth and reconciliation instead of vendettas and bloodshed.

and let’s sing a song that denounces a pax americana just as vigorously as mary’s song rebelled against that pax romana!

some called her “theotokos” – “mother of God”

but mary’s also “punkotokos” – mother of all rebels with a cause.

“for those about to rock, we salute you!”
let’s rock people.

May God bless all of us as we seek to make the ancient texts speak to those we’re blessed to serve in this present age. (This poetry-sermon inspired by “Jesus’ Mom was a Punk“) 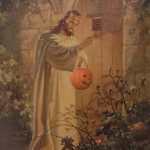 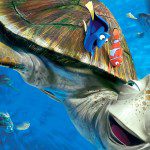 Mansplaining in the Bible, and a...
Freelance Christianity
Related posts from The Holy Kiss