Christianity in Crisis: from fear to faith. 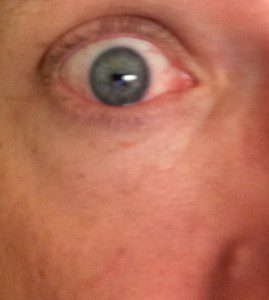 Christianity! A 2,000 year old tree that’s mature, big, & mighty. With over 3 billion members & 40,000 denominations, it’s connected throngs of people to God & Jesus. Our tree is rooted to the earth & reaches us to the heavens. What a great & glorious gift to the world!

Video of this “7-21” talk at the Christianity 21 Conference held in Phoenix, AZ this week.

Yet rumor has it, we’re dying. Apparently, Christianity’s hey day is over in the West. In 1966, there were 600 Catholic seminaries in America. 189 remain. 1000 Southern Baptist congregations close every year. Half of them are predicted to close by 2030.

Thousands of churches across Europe are closing their doors. They become museums or converted to indoor skate parks. About ¼ of the adults in the U.S. claim no religion. It’s nearly 1/3 for those under 30. And most churches are losing 80% of their 18-21 year olds.

What’s our response to all of this? Fear. We’re anxious & afraid.

We so badly want our children & grandchildren to know & love the same God that we know and love. We want children in the future to go the Church camps, Vacation Bible Schools, and Sunday schools that formed & shaped us! Some are afraid their kids might go to hell because they won’t come to believe what we believe.

What to do? We could respond with increased evangelism! Hit people with “the 1-2 punch” – convicting them of sin & offering the saving grace of Jesus. We could urgently tell people they need to be drenched in the blood of Jesus and believe the right things –or else!

OR… we could make ourselves more aestheticly pleasing. Spruce up our buildings to look hip. MickyDs is changing their image, but it’s just window dressing. They’re still serving the same junk food that doesn’t nourish anyone. Who are they fooling? Who would we be fooling?

We could engage in all sorts of heroic brain storming-out and hand-wringing out of that anxious place of worry.

But we might do well to SHUT-UP & listen to those on the outside who are watching us scrambling around like panicked ants.

What insights might our atheist and secular humanist friends offer us?

They’d remind us that Christianity isn’t the only religion in the world & we don’t have a monopoly on God. They’d remind us that if there is a God, He or She is likely bigger than our vehicle can contain. They’d say that all of the world’s religions are like wells, and if you go deep enough into any of them, you hit the same source. (p. 185, “Kissing Fish: christianity for people who don’t like christianity)

They’d tell us there are over 1500 animal species that engage in homosexuality – and ask “Why would that be any different for our species?” Young people today reject institutions that reject them, or their friends & family.

They might invite us to stop reading our Bible as factual history & realize that it’s a collection of stories. Myths that convey truth – even if not all of the events actually happened. They’d invite us to hold our myths loosely & re-imagine them!

They’d invite us to own & admit our faults. We hide our true selves & wear the masks of “everything’s just fine!”
This fakeness & lack of realness turns people away. Sharing about our struggles & the cracks in our lives is what’s compelling!

They’d remind us that when Christianity has been at it’s best, it’s inspired Dorothy Day, MLK, & thousands of others to speak truth to power & risk going to jail for the cause of justice. What happened to our backbone? What happened to truly following Jesus?

Our secular friends would remind us that churches are tax-exempt because they’re charities. They’d have us look at our budgets & see how little we’re devoting to bettering our communities. They’d invite us to see churches as places to organize with kindred spirits to get out in our neighborhoods & help people in need.

And finally, they might suggest that effective evangelism is like dating. No one wants to date someone who’s over-eager or desperate.  Yet, that’s how people see us as we seek to grow or maintain the Church.
“Please love me! Why don’t you love me! I want you! I need you!….”

What if we were to trust that the well of our religion is deep & it truly does reach the stream of living water – & it’s good! What if we were to allow other religions to do it their way, & join them in focusing on compassion, justice, mercy, grace, & purpose?

Christianity in 2099 will look different than the tree we know now.

It may even look like it’s growing sideways. But its roots will still tap deep, and its limbs will still grow toward the heavens. It’ll still transform lives & help people experience Christ & know Christ consciousness.

What’s the worst that can happen?

Aren’t we supposed to pick up our cross and follow him? Like a nurse log in the rainforest, new shoots will spring forth from our rotting core. We get to ride this wave for the time that we’re blessed to – and love a lot of people along the way! As Martin Luther put it, “Even if I knew the world were to end tomorrow, I’d still plant my apple tree today.” 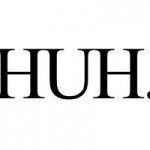 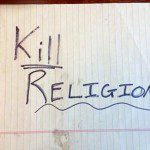 February 11, 2015 When Atheists Kill - (or when our assumptions go wild).
Recent Comments
0 | Leave a Comment
Browse Our Archives
Related posts from The Holy Kiss