Patheos Explore the world's faith through different perspectives on religion and spirituality! Patheos has the views of the prevalent religions and spiritualities of the world.
We like to think that we’re progressing.
We like to think that we’re evolving.
We like to think that society is on the verge of a Great Leap Forward, a dawning of an age of Aquarius, bounding from blue to orange, green, yellow, turquoise, & coral with “Indigo children” rising.
We’d like to think so
but it either ain’t so
or if we are,
progress and evolution are less like a fast tracked rocket-ship exponentially attaining escape velocity,
and more like the Cha-cha – a dance of two steps forward, one step back.
Real progress involves an inevitable push-pull. Expansion and contraction. Growth involves certain times of regression. Things haven’t changed all that much since the times the books of the Bible were written and compiled.
According to story, the ancient Hebrews were God’s chosen people and found themselves captive and enslaved in Egypt. God calls Moses and his cousin to tell Pharaoh to “Let God’s people go!” – and they end up fleeing in the middle of the night and spend 40 years wandering the desert during their exodus. During those years, those ancient Hebrews experienced several bouts of longing to return to Egypt – to return to captivity in empire. They felt at times that things might actually have been better for them as slaves. “At least then they were ‘safe’ and had steady food, and predictable lives.”

“In the desert the whole community grumbled against Moses and Aaron. The Israelites said to them, “if only we had [remained in] died by the Lords’ hand [natural death/old age] in Egypt! There we sat around pots of meat and ate all the food we wanted, but you have brought us out into this desert to starve this entire assembly to death!” – Exodus 16:3

“That night all the members of the community raised their voices and wept aloud. All the Israelites grumbled against Moses and Aaron, and the whole assembly said to them, “If only we had died in Egypt! Or in this wilderness! Why is the Lord bringing us to this land only to let us fall by the sword? Our wives and children will be taken as plunder. Wouldn’t it be better for us to go back to Egypt? And the said to each other, “We should choose a leader and go back to Egypt.” – Numbers 14:1

(context: some scouts had gone out ahead and out of fear reported stories that the promised land seemed fierce and that the people who were inhabiting the region seemed like giants. We are like puny grasshoppers compared to them.” The sound of Stockholm Syndrome, xenophobia, and fear of the unknown happening) 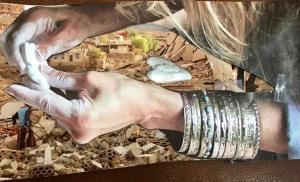 repurpose the rubble remnants.
As brother Dylan put it, let us “Rage, rage against the dying of the light!”
And as sister Anaïs put it, “And the day came when the risk to remain in a tight bud was more painful than the risk it took to blossom.”

XX – Roger
Rev. Roger Wolsey is an ordained United Methodist pastor who directs the Wesley Foundation at the University of Colorado at Boulder, and is author of Kissing Fish: christianity for people who don’t like christianity 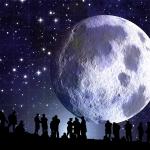