Atoning for bad theology – both kinds. 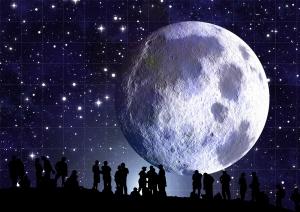 A common and historic Christian way to describe this is to say that we desire atonement. And yet atonement has become a highly loaded and charged term, especially in the West. Philosopher Ludwig Witttenstein said that when it comes to words, “meaning is use.” And to the extent that atonement and atonement theology have come to largely be used in ways that imply something that many people find offensive, it’s only natural that many of those people will come to not care for those words.

Hyper-vigilance and overstatement are understandable. In the same way that the words “religion,” “worship,” “Church,” “Christianity,” and “theism,” have come to be allergens to some people due to the hijacking of those terms by conservative evangelicalism and fundamentalism – the words “atonement” and “atonement theology” have come to become anathema to many people of progressive Christian sensibilities. 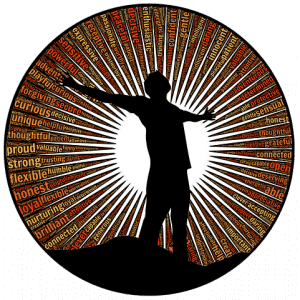 There’s nothing wrong with the concept of atonement. Understood as “at-one-ment”, atonement simply refers to efforts, intentions, and practices for humans to realize their deep connection to God/Spirit/Source. Neither is there anything wrong with atonement theology – as there are forms of it that many progressive Christians subscribe to; i.e., either the Moral Influence theory of the atonement, or the Christus Victor theory of the atonement; or even simply through practices such as yoga, spending time in nature, art, poetry, community service, meditation, or centering prayer. And, nor is there anything wrong with thinking that Jesus is somehow a part of a Christian understanding of atonement. And yet, what many progressive Christians mean when they say “atonement theology” – is of course the penal/substitutionary theories of the atonement. While no Church Council in Church history has ever ruled that any one theory of the atonement is “the one, true, proper, or right one”, these two theories have in fact come to be the primary understandings of the atonement within conservative evangelicalism and fundamentalism. Sadly, those two forms of the faith have become “mainstream Christianity” over the past 4 decades in the West.

The notions that either “God had to lethally punish his son” for the sins that the rest of humanity commits, or that “Jesus is our proxy/substitute for a necessary and required Divine transaction” are of course abhorrent and reprehensible to progressive Christians – and it is because of the widespread notion that Christianity requires and necessarily involves those notions that so many Western people have increasingly been rejecting organized religion – and most specifically Christianity. It is important however to not conflate the retributive and penal/substitutionary theories of the atonement as being synonymous with atonement theology altogether. It is for this reason that I greatly appreciate Bishop John Shelby Spong’s care to put “atonement theology” in quotes in his 2016 essay detailing the 6th of his “12 Theses” to indicate qualifying nuance with this exact concern in mind. It is, however, easy to become a bit lazy and to mis-use atonement theology by meaning the substitutionary theory of the atonement — see what I mean in this earlier Dec. 2015 essay. Quite a few other prominent writers have succumbed to this unhelpful conflation over the past few years as well.

Fr. Richard Rohr (a Catholic theologian and mystic who has also engaged in this sort of over-stated conflation – at least allowing it in headlines to his articles) has provided a helpful summarizing of the thinking of the late Franciscan theologian John Duns Scotis on these matters – “Jesus did not come to change the mind of God about humanity (it did not need changing)! Jesus came to change the mind of humanity about God.” It isn’t about humans needing to appease some sort of angry, demanding, judgmental, or vindictive tyrant in the sky, but rather, it’s about helping people to come to see the vast and amazing fullness, love, grace, compassion, and inclusion that is available to all to partake in and experience. With this in mind, the Way Jesus lived his life, his teachings, and his example – including how he allowed himself to be on the receiving end of the worst that the Roman Empire could dish-out – corporeal beating and crucifixion – is what matters. It isn’t about his having died a violent death, and it isn’t even about him dying at all. It’s about trusting that following the counter-cultural, subversive, and highly peculiar and vulnerable way of life that Jesus taught – is what allows us to experience true wholeness. Similarly, on pages 115-120 of my book Kissing Fish, I elaborate on Jesus’ understanding of salvation – which translates better as “wholeness/healing” (social, communal, and personal) here and now – instead as something that happens to individuals which is primarily concerned about where they will spend the afterlife.

I recently discovered this more mystical take on atonement – enjoy: 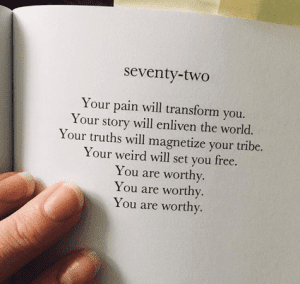 Blessings to us all as we find our way to feeling right in and with the world.

This essay was first published Aug. 30, 2018 in the Progressing Spirit newsletter put out by friends of John Shelby Spong.

Rev. Roger Wolsey is an ordained United Methodist pastor and is the author of Kissing Fish: christianity for people who don’t like christianity 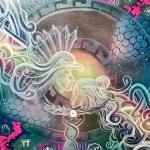 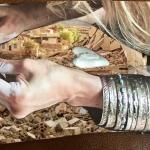