We Be, Big Pimpin’ Catholics Down in US of A: The Democrat and Republican Exploitation of Catholics

Certain anti-Catholic Protestants like to claim that the Catholic Church is the “Whore of Babylon,” from chapters 17 and 18 of the book of Revelation. Outrageous as it is to think this, there may be some substance to the claim if we substitute the Apocalypse of John with Jay-Z’s perverse and misogynistic song, Big Pimpin’. The American Catholic Church is certainly not the Whore of Babylon, but, on the American scene, many of her members have become whores to another Imperial pimp: the American Empire. Big Pimpin’.

US Catholics are getting pimped by both factions fueling the dualcombustion-engine of the American nation-state. This is not circumstantial; nor it is purely coincidental. Americans who take their Catholicism seriously and into the voting booth, who vote as Catholics, are getting pimped by the major party they choose on election day — and root for before and after.

To be clear: I am NOT saying that our Mother Church is a whore. I am saying that we, her children, like the children of Israel, have become enslaved by Big Pimpin.’ We are the whores, not the Church itself. There is a crucial, theological difference.

Some of the most ardent, active, and pious Catholics I know take real and regular orders from the Elephant and Donkey pimps dressed in flashy reds and blues, promising that, if you vote for them (or against the other) just one more time, they’ll end abortion or provide for the sick and the needy. Both parties depend on Catholic voters who believe in the exploitive, mirror-image fantasy: the Republicans are the party of “life,” the Democrats the party of “social justice.” Sure, there are marginal gains and future implications; and these tedious details are usually the first line of defense. But real, lasting, and deep structural change has never actualized. This total lack of serious results can only lead to one conclusion: Catholics are getting pimped, on both sides of the aisle.

Here’s how the argument should go:

MAJOR PREMISE — The American Catholic Church has a clearly stated position — promulgated by the United States Council of Catholic Bishops  — that clearly and explicitly guides American Catholics to vote based on principle, not party affiliation. The principles it outlines include traditional aspects from both party platforms, to different (and highly disputed) proportions and degrees.

MINOR PREMISE — Faithful Catholics follow the spirit of this directive, voting for principled reasons, not party affiliation. Based on their interpretation (and oftentimes guided by other ideological and philosophical commitments), they tend to vote for Republicans if they are “pro-life” or Democrats if they are champions of “social justice.” Hence, each party can regularly rely on a solid voting bloc of Catholics, guided by ecclesial principles, only varying according to their respective interpretations of the Church’s position. In this one respect — that they see themselves supporting a political party to fulfill the aspirations of their Catholic conscience — in this respect they surely both agree.

CONCLUSION? — Catholic voters go to the polls, lend their support to one side or the other, and the side that wins reciprocates by advancing their Catholic, principled interests. The Republicans end, or at least vastly reduce, abortions. The Democrats abolish material poverty and bring an end to all American wars. And more. One side is left wanting, but at least the other side accomplishes its goals, thereby showing good faith between the Nation and its Catholic constituency. 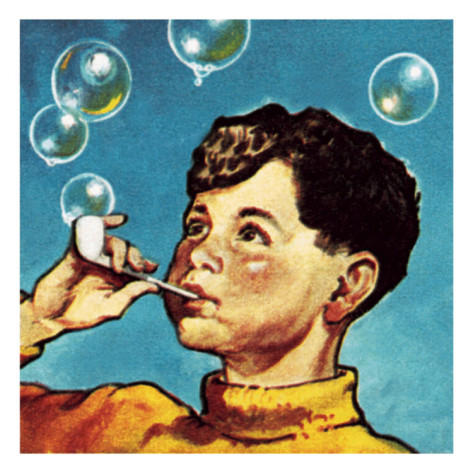 Put that in your syllogism pipe and smoke it. Cause that’s all it’s good for: blowing smoke. We all know that the USA has been in constant war and that poverty rises and falls but remains ubiquitous in the (supposedly) richest country on Earth. We all know that abortion and euthanasia and stem cell research and other interests of the Right have not decreased at any significant levels. There are no clear lines of change to be found anywhere, for either side.

We also know, especially recently, that Romney is not a friend to tried-and-true, praying-cold-rosary-beads-on-Saturday-morning, Catholic pro-lifers. And we also know that Obama is no buddy of anti-war, homeless-ministering, soup-kitchen-working, Catholic champions of social justice.

Sure, there are these little wonky things that get brought up, that can be massaged into a reason to support one side or the other, but the darker truth lingers and thickens: the Republican and Democratic parties don’t really care about the principle-based aspects of their respective platforms. It’s the economy, stupid. It’s all about the Benjamins. Make that money, honey. They’d gladly switch, overnight, if it meant more power and money. Many of them — both of them — have; more than once or twice!

This point has been made before and will be made again and again. I know, it’s a tired, juvenile refrain. But I’m not concerned with what gets under Noam Chomsky’s old skin. This is about the exploitation of my Catholic sisters and brothers. This is about our complicity in a bipartisan program of systematic violence that each side understands well enough.

While American Catholics may not agree on the issue that ought to guide our conscience the most, and how to parse just one of them from the other ones, we surely must recognize that we’re not getting very far. In political institutions, “not getting very far” is tantamount to going nowhere.

We’re being pimped. Many of our ancestors exchanged their folkloric, Catholic identities to assimilate into the Protestant/Secular culture we find ourselves in. Since then, our consciences have been routinely exploited for much more than our votes: these parties and they’re media minions take our money, time, and eventually, our identity. Our very soul and sanity. They breed and feed on outrage, scandal, and death.

Cut me and I bleed gold: Catholic. That’s my politics. The Vatican gold and white are my first and most intimately felt colors. My Catholicism was steeped in the dark, pagan folklore of the Mexican people, flavored by a life spent on the charismatic margins of American Catholic Church. Educated by priests and friars and nuns and lunatics. I’m not a fanatic, at least not all the time, but I don’t like to be used. Especially when there are no reciprocal gains. Especially after so many promises forgotten. So many “bad checks,” to borrow Martin Luther King Jr.’s expression.

Sadly, many Catholics have become so addicted to 24-hour news cycles of secular politics, to either MSNBC or Fox News, that they think they bleed blue or red. These are the worst, most  exploited ones. The rest, the ones who feel weird right now, something like political vertigo, but who will pinch their nose and toe the partisan line in the end — at least these ones know that they don’t like being… well, you know what.

Wake up, US Catholics. Rub and feel the warmth of your own blood again. Don’t go nuts, don’t frighten the Protestants and the Secularists too bad, but don’t let this Imperial two-headed monster use you. And if you must be used, so be it. Don’t despair. But do it with some honor, knowing what is going on. Don’t deaden the pain. Don’t pretend that we’re not whores.

Cause somewhere in the frozen bowels of the DNC and GOP, they must be counting their money together and singing, “We be, big pimpin’ Catholics down in US of A!”

(Read the follow-up: Vote Local, Not Loco: Subsidiarity and Voting)

Content Director’s Note: This post is a part of our Election Month at Patheos feature. Patheos was designed to present the world’s most compelling conservations on life’s most important questions. Please join the Facebook following for our new News and Politics Channel

Boom: how one priest transformed a...
The Deacon's Bench
Related posts from Sam Rocha