Politics makes us crazy. As true as it may be, the statement should be qualified. National politics make us crazy. Sanity is the exception to the insane rule on the national stage. But not on the local one. Partisanship always dissipates, and many times disappears, at the local level.

If this is true, then there should be something deeply unsettling about it. It is reminiscent of my ridiculous post on the exploitation of Catholics by the both national parties. While we get black-out drunk — and while the seasonal election businesses get filthy rich— over Obama and Romney, we rarely even get tispy by our most immediate interests: local, municipal, and state level politics. Slobbering drunk over strangers, stone-cold sober to our neighbors.

It’s like knowing and owning everything related to the NFL, but forgetting to show up at your son’s Jr. High football game. 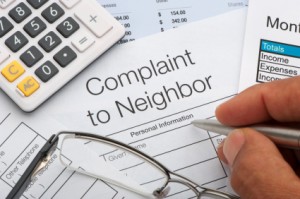 We fight tooth and nail, scream and yell and obsess, we know all the names and one-liners supplied by the most convenient TV and radio and internet sources, but many of us don’t know the name of the person next door or the family sitting in the pew behind us. I know I don’t.

I’ve always wondered why small government types spend so much money and effort on national level politics, instead of sticking to their principles and directing their electoral energy towards small and local decisions. I’ve always wanted to ask Tea Partiers and people like Michele Bachmann why they want gigantic, national attention for their ironic plea for small government. Wendell Berry seems much more consistent in this regard. Go live on a farm. Stump to the chickens.

How interesting it would be to have a Federal government ruled by those whose political philosophy believes in that scale of government whilst states and municipalities were governed by those who believed in the converse. Talk about a balance in powers!

Since I wrote my article, fellow Catholics have asked me to do more than make a fuss. I have two, oscillating heads about this.

On the one hand, I think making a fuss is highly underrated these days. There is a need for fussiness about things that deserve to be fussed about, whether we have ready-made solutions right behind us or not. The prophets were fussy. Saints too. If I share company with Jeremiah, so be it.

On the other hand, I think that I do have something of a reply, albeit perhaps too modest for most people’s extravagant tastes (and that’s the point!): be Catholic. Live your life in tune and rhythm with liturgy and tradition. History shows us that, when enough people act and live as Catholics, Catholicism cultures and develops into its own cultural and folkloric response to the times. It need not isolate itself, but it does have unique sense of itself.

I don’t think this can happen in universities or legislatures or through the media. Certainly not through blogging. I’m delaying the work itself by writing this and distracting you. But keep your seat. Don’t let a contradiction stop you. Keep reading.

Christ came to the world in (extra)ordinary fashion: through birth. The Incarnation begins in the usual ways: in a family, a community, and so on. Jesus never did a world tour, his reach was tiny by today’s standards, and his pubic ministry was short-lived. Joel Osteen would put Jesus to shame in the numbers game. Benny Hinn might have more “miracles” to his name than Jesus did. So what? There was nothing global about Jesus’ delivery of the Gospel. EWTN and TBN — and certainly IBM — probably reach more people than he ever did while he was on earth. Who cares?

In fact, the Good News seemed destined to fail, with one radical exception: the Word became flesh and dwelt among us, it made itself known through the ontological witness of presence.

When I saw my grandfather laying dead in his casket, surrounded by cheap flowers and wearing that suit that never fit him, his absence made him so present to me, I could hardly breath. I sobbed, gasping for air, and felt him more intimately than ever, realizing how suffocatingly close he had been all along.

This is presence. It cannot be quantified or understood democratically or otherwise. It can only be known through love. Sometimes through death, but always through intimacy.

This is the core of the Catholic notion of subsidarity: intimacy. We must always strive to keep things at a level where love can become present. And for love to be present, we must create places and spaces that are intimate. Make room for the Incarnation!

I like to think of subsidiarity as a combination of the philosophical insight of Occam’s razor — entities should not be multiplied beyond necessity — and the theology of St. Therese of Lisieux’s “Little Way.”

I think we would first look to our closest, little, local elections and treat the distant, big, national ones accordingly. Perhaps we would not vote at all, but do so out of a principled sense of responsibility, not out of juvenile rebellion or nihilistic apathy.

I am disgusted at the idea that I have an absolute duty to “vote,” while how I live my life is perfectly optional. Voting is the ultimate virtue right now, so we’re told. On election day, we’ll flaunt our piety with honor badges, stickers, to remind and shame the rest. This sanctimonious notion of suffrage is suffocating, disenchanting, and wildly unimaginative.

Voting on principle might require using Catholic principles to re-imagine the very act of voting. The idea of suffrage itself. In today’s Gospel, Jesus didn’t vote, but he did show how subsidiarity and the preferential option for the poor work together: being rich is too big, and easily becomes an obstacle. Those with much must give to those with little to nothing, if they want to live in the kingdom of God. On that note, I find it odd that many fans of subsidiarity, like myself, live such complicated and opulent lives. And surely the ecclesial structure of the Roman Catholic Church could be more observant of subsidiarity too, right? But, again: I digress.

In the meantime, here’s a pithy tip for voting I got from a good friend: let’s vote local, not loco.

I think it works — at least for now.

Content Director’s Note: This post is a part of our Election Month at Patheos feature. Patheos was designed to present the world’s most compelling conservations on life’s most important questions. Please join the Facebook following for our new News and Politics Channel

October 15, 2012 In the name of the Father, the Son, and the Holy Spirit. Amen.
Recent Comments
0 | Leave a Comment
"As another Professor and Doctor of Philosophy wrote, albeit somewhat hyperbolically, in First Things a ..."
F.A.Kname By Their Fruits: A Reply to ..."
""...ready to save it by penning a bestseller." Bwahaha!"
Diane Kamer By Their Fruits: A Reply to ..."
"I didn't read Rod's book, but the so called Benedict Option, whether the one he ..."
Augustine Notes In Defense of Rod Dreher
"You're more gracious to Rod than he deserves in this case. What a snit fit. ..."
Justin Conder Notes In Defense of Rod Dreher
Browse Our Archives
Follow Us!