Why I’m Not Writing About the Trayvon Martin Case 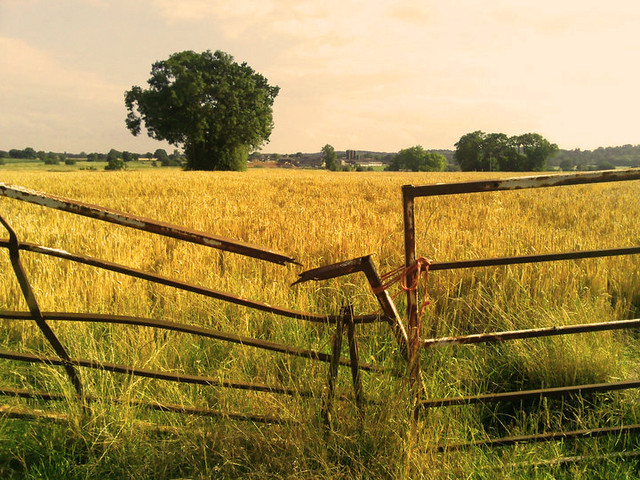 The easy, short answer is that I don’t have time. It really is that simple, too simple. Unclear.

I worry that some of my more critical readers have confused the difference between simplicity and oversimplification.

Of course things often reduce to a simple core reality. At the same time, these simple things can rarely be accounted for with “simple” talk. Perhaps silence is best. But that leaves much to be desired, too, sometimes.

I value clarity as a form of fidelity. For me, to be “clear” is to describe or represent a thing as it is. To adhere to it as strongly as possible. No more, no less. Simple, not oversimplified. This is terribly difficult, especially when the thing in question is not clearly understood to begin with. Concepts and ideas, inchoate things that exist in the heart and the mind and the guts, these sorts of things do not submit to “clarity” without a great deal resistance and doubt.

To be “clear” about that which is not clear to begin with is to not be clear at all.

This may be boring to read and digest, and it may come off sounding too serious for a blog post, but I guess sometimes you get what you pay for.

I stayed away from the Trayvon Martin trial for a long time, which at first was not too hard to do since I don’t own a television. Lately, though, it became inescapable online and, in the past few days, I was willfully avoinding it. I don’t have time to give all the reasons why I fled from it, but, if you’ve been reading me for a while, you can surely imagine why.

Then, on Friday, Obama’s speech piqued my curiosity, mainly because it was so sharply criticized from both the Right and the Left. On Facebook, legions of #tcot conservatives were calling it racist and being very uncreative about repeating each other’s truisms about it and echoing each other with gusto. I figured I should read it, and I did. After reading it, I immediately suspected that it would cause an unexpected, albeit superficial, form of solidarity between the far Right and the far Left. And, shortly thereafter, my suspicions were confirmed when Tavis Smiley took the offensive against it calling it “weak as presweetened kool-aid” (I mostly agree with Smiley in this one regard).

This triangulation of polar ideological interests against Obama sent me in Google search of police reports and other primary sources related to the incident. I figured it was time to know what the hell was going on. It took all of ten seconds to find a whole slew of original documentation here. I was hooked. An hour and a half later, I felt like I’d been reading an altogether different story from the two I saw in the headlines, memes, and statuses that went something like what follows:

Both of these narratives fail for more than the obvious reasons. They fail primarily by how entirely derivative and predictable they are. For aesthetic reasons. I could write either one of those tired, boring stories in my sleep. You could too, we all could. If not, then you might be one of their victims. The story I read in the dry reports and witness transcripts is much better. Fascinating, really.

There are two ways to read the Trayvon incident: forwards and/or backwards. The former tends to emphasize the effects, the latter looks at the causes. Depending on how one reads it, there are multiple justifiable conclusions to draw from it and either one of the main characters gets vindicated or indicted. I suggest being Catholic about it: both/and. Here are six conclusions I’ve come to after doing my homework:

The reason I didn’t write about the Trayvon Martin case is because, juridically speaking, none of this matters. This is where the law is goofy and counterintuitive. In a case like this, as easy as it is for a layperson’s intuitions to make sense of the matter if they are willing to do the work, the law is the standard, not common sense. It may sound terrible, and of course we should want our laws to be as intuitive as possible, but until I devote even more time (that I don’t have) to reading those laws, their precedents, and more, I have nothing to say about the case. Nothing, that is, besides the fact that Florida’s self-defense laws appear to be very permissive. In this regard Obama’s cautious tone and rhetoric was sensible.

I know this much: I’ll never get into a fight of any kind in the state of Florida. In fact, I may just never go there.

Some have raised problems of unequal application of the same laws and this might be true, I just don’t know. And, sorry, I don’t trust anyone. If I cannot read and interpret it myself, from primary source documents, then I will always be a skeptic. Call me cynical, I’d just call it not being a lemming.

As vulgar as that may be, a lesson we can learn is this: there is a crucial distinction between what we mean by “justice” when we are speaking about the common intuitions that ought to inform the law and the just application of the actual laws on the books. The law does not always correspond to what is just, we’ve known this since Augustine, or Moses vs. Pharaoh. This might be, among other things, because we are not sure how to describe, and much less judge, what justice is to begin with.

The question of race looms over this whole discussion, heavy and thick. As it should. This is a far richer racialized situation than the simplistic Black and White narrative of the Left or the post-racial naiveté of the Right.

It also ignores the question of class and the very notion of a “gated community.”

Is this the result of the inherent ideology of a gated (albeit poorly gated) community? Is this a manifestation of what Charles Taylor, in A Secular Age, calls the “buffered self”? Can we read this tragedy as a story about what happens when we enclose ourselves from others to the point of total, absurd violence? Is this the lesson of Crash, where the city of Los Angeles pines for human touch so deeply that its inhabitants settle for the only intimacy they can muster: crashing into each other?

One thing is sure: just as the Left has conveniently tried to use preventive defense to justify Trayvon’s assault, and in doing so endorsed the Bush Doctrine, so too with the Right on the (ir)relevance of racism, and especially racism against the Black community: to dismiss the cancerous problem of racism, and in particular the racist legacy of the US, out of convenience, also denies the role it plays in a particularly graphic, yet apt description of abortion: genocide. If race and racism cease to be real, then genocide is impossible. If genocide is impossible, then it only follows that one cannot make the claim that contemporary abortion rates are genocidal.

Furthermore, given the monstrous presence of genocide (and other racial, national, and ethnic conflicts) in the past century, and throughout history, anyone who attempts to wish away racism ought to be more cautious and far less desperate.

My guess is that racism runs deep in the human psyche; it is ideological not material, and, like suffering, will not be washed away and may not even be entirely evil. It should not be oversimplified.** The paranoid post-racial nonsense reminds me of New Atheists trying to rid themselves of religion without understanding that it is more than a passtime or a club — it is a fundamental desire inherent to the human person, a longing for something beyond, warts (even genocide!) and all.

I wrote a lot about the Trayvon Martin incident, but nothing about the (court) case. The reason I didn’t do that is that I don’t have time to do my homework.

**If you’re interested in other work I’ve done on race, here is a talk I gave during Black History Month (titled “White HIstory Month”) and an essay I wrote about racist jokes as form of social solidarity.

July 23, 2013 The Art of Blogging No. 2: An Interview with Katrina Fernandez
Recent Comments
0 | Leave a Comment
Browse Our Archives
Related posts from Sam Rocha