Busy Is Not A Beatitude: Why self-care matters in a fast and furious world

Busy Is Not A Beatitude: Why self-care matters in a fast and furious world July 16, 2018 Sarah Thebarge

On Saturday I saw an insane number of patients in clinic.  When I got home, I stayed up late to finish charts and to read three memoirs for a writing competition I’m judging.

Yesterday I went to the hospital as a No One Dies Alone volunteer to sit with a patient who was dying, who didn’t have any friends or family to accompany them through the transition from this life to the next.

I woke up this morning absolutely exhausted.

Even though the dying patient was medicated with ample doses of pain medication and sedatives, the process was difficult.  It’s hard to describe how exhausting it is to sit at a dying patient’s bedside, listening to agonal breathing and death rattles for hours on end, unable to do anything about the struggle that dying sometimes is.  I left the hospital last night feeling like I’d done the emotional and spiritual version of an all-day Cross Fit workout.

Thankfully I’m not in clinic today, and I don’t have speaking engagements this week, so I blocked out most of the day to practice some self-care.

When I used to hear that phrase, I would cringe.  Because what jumped to mind was an image of women spending money on spa treatments, venti Starbucks concoctions, and shopping bags filled with clothing and make-up and trinkets that put them further in debt.

To be honest, “self-care” days that end in a glut of calories and credit card debt don’t appeal to me. At all.

So for a long time, even when I was emotionally or physically exhausted, I pushed myself.  Hard.  Because even when I was running on fumes, I felt like I had to accomplish something, check boxes off a list, achieve a goal, have something to show for my day.  Even when the only person I was showing that list to was me.

I associated exhaustion with virtue.  When people asked what I was up to, rattling off a long list of things I was doing felt like a source of personal pride.  I was proving my value, showing why I deserved to take up space and oxygen on this crowded planet of ours.

And then two things happened.

First, I injured my ankle at the airport on my way to a speaking engagement, and I preached four times, flew home and walked on it for five more days before I finally submitted to an Xray and discovered that for almost a week I’d been walking on a broken leg.

And then, my hair started falling out.  I’d towel my hair off after a shower, and clumps of hair would come out in my hand.   After a few months of that happening, it was an objective symptom I could no longer ignore (and I didn’t want to be a half-balded woman at 39 years old if something could be done about it), so I scheduled a doctor’s appointment.

A few days later, I got the results of the blood work he ordered.  Everything was fine, except for my Vitamin D.  A normal range is 30-100.  Mine was 6.  Which means the lowest Vitamin D level I ever saw in 14 years of practicing medicine was my own.

I realized that I was working so hard that I wasn’t getting the sunshine and food my body needed.  And I was living so fast and furious, I wasn’t listening to my body, as evidenced by the broken ankle I ignored because I had better stuff to do.

So I started practicing self-care, at first cringing at the thought of doing nothing for a day like a kid swallowing a mouthful of spinach because mom said, “It’s good for you.”

Because I’ve come to realize that you can’t offer thirsty people water if your own well has run dry.

In a culture where busyness has become a virtue — even in Christian culture, where busyness is assumed to be the tenth Beatitude that Jesus somehow forgot to mention — self-care isn’t decadent; it’s absolutely essential.

So today I’ll finish my coffee.  I’ll exchange some texts with my sister that make me laugh.  I’ll take a walk in the sunshine and check out a new stack of books from my neighborhood library.  I’ll watch a movie.  Maybe I’ll even take a nap.

I’ll fill back up again today so I have something to give tomorrow.

I’ll accept the invitation that, unlike the tenth Beatitude, Jesus really did say:

Come to me all you who are weary…and you will find rest for your soul. 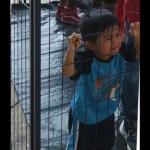 July 11, 2018
We Got Kids Out Of A Cave. Let's Get Them Out Of Cages (And Everywhere Else They're Trapped).
Next Post 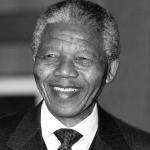 July 18, 2018 Bloody But Unbowed: What Nelson Mandela Taught Us About Justice, Forgiveness, and Rising Together
Recent Comments
0 | Leave a Comment
Browse Our Archives
get the latest from
Progressive Christian
Sign up for our newsletter
POPULAR AT PATHEOS Progressive Christian
1 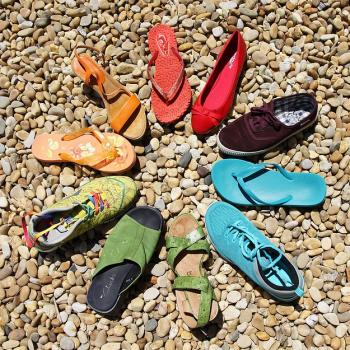