Earlier this summer, Supreme Court Justice Kennedy announced he would retire, leaving an empty seat on the U.S. Supreme Court.

At the same time, a growing group of evangelical leaders has kicked into gear as well — not to rush a conservative judge into a lifelong Supreme Court seat, but a call to pause. And fast. And pray.

#CalltoPause is a movement initiated by Lisa Sharon Harper,  an evangelical activist, author and the president of Freedom Road.  Evangelical leaders including Shane Claiborne, Rachel Held Evans, Jen Hatmaker and Leroy Barber have added their voices to the campaign.

#CalltoPause is a call to stop the culture war that was initiated by right-wing Christians in the 1970’s that led to the Religious Right and the Moral Majority, and continues to ripple into conservative politics today.  In this piece, Harper points out that the culture war began not in opposition to abortion, but in opposition to the Civil Rights Act that required Bob Jones University to accept black students.

Conservative leaders recognized that they couldn’t publicly call Christians to support segregation, so instead they created a rallying cry against abortion, using the public momentum against Roe v. Wade to privately leverage power in an (unsuccessful) attempt to keep Bob Jones University and other conservative Christian schools exclusively white.   BJU didn’t accept its first black student until 1971, 17 years after Brown v. Board of Education unanimously ruled that “separate but equal” was not adequate because segregated education was a violation of the rights of students of color.  Even after BJU admitted black students, they forbade interracial dating for decades to come, only ending it because they couldn’t forbid interracial dating and maintain a non-profit tax status with the IRS.

Dozens of high-profile evangelical leaders have joined the #CalltoPause.  And hundreds of others have signed the #PledgetoPause, committing to fasting and praying for American Christians to return to what God’s called us to: kindness, mercy, compassion and love.

Here’s why I support #CalltoPause, and why I’m asking you to support it, too.

#CalltoPause is a call to stop and realize why the right-wing culture wars began in the first place: racism.

It’s a call to stop and realize the effect that continuing the culture wars, in the form of nominating an ultra-conservative supreme court justice, will have on women and people of color, who often lose out when conservative white male Supreme Court justices occupy a seat.

#CalltoPause is an invitation to repent — which means to acknowledge the truth, apologize for the sins we’ve committed against our brothers and sisters in the very name of God, and change course going forward.

#CalltoPause is an invitation to be stop and listen to the still, small voice of Love that’s whispering in our souls.  It’s an invitation to fast and pray, looking for ways to make “on earth as it is in heaven.”

Read more about #CalltoPause and pledge to join here. 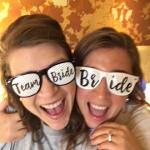 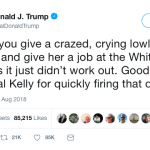 Hitler, Trump, and the Golden Calf
Freelance Christianity
Books by This Author Books by Sarah Thebarge 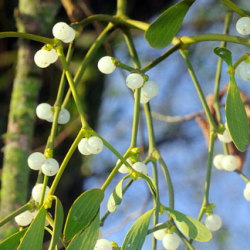