Circumcision in religion: What does science say?

Circumcision in religion: What does science say? June 29, 2012 Connor Wood 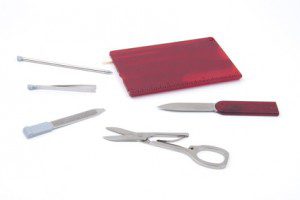 Last Tuesday, June 26th, a German court in Cologne ruled that circumcisions could not be performed in its jurisdiction on children before they turn of age to consent to the operation. The ruling, which came in response to a four-year-old Muslim boy who experienced post-circumcision bleeding, inspired Jewish and Muslim groups across Germany to condemn the court’s decision, decrying what they see as unprecedented disregard for religious liberty. While both sides in this heated debate have respectable arguments, the scientific study of religion offers some perspectives that have led me to believe the court’s opinion was misguided. Specifically, body modification as a signal of group identity is a pervasive feature of religious cultures worldwide, and such signals can be vitally necessary for groups to survive, and thrive, in a hostile world.

One of the truly remarkable stories in world history is the persistence of Jewish cultural identity over nearly two millennia of diaspora. After the Second Temple in Jerusalem was destroyed by Roman forces in 70 C.E., Jewish culture was dispersed across the empire, and Jewish diasporic communities developed a role as perpetual outsiders. Often based in urban regions, these communities maintained their own cultural practices and identity even as they traded with and contributed to the societies that hosted them. Amazingly, Jewish culture was never assimilated or agglomerated into European cultures. Indeed, European Jewish communities even managed to thrive.

One explanation for the Jewish diaspora’s remarkable resilience in the face of European indifference and hostility may be found in the growing body of literature on the role of ritual and onerous, even painful practices – such as circumcision – within religious communities.

Researchers such as Scott Atran, Joseph Henrich, and Joseph Bulbulia have argued that the surprising predominance of difficult, painful, and even dangerous religious rites in human cultures across the globe may be traced back to the need to solve the basic problems of human social mechanics, especially the riddle of mutual cooperation. Since humans utterly depend on one another for survival – ostracism from a hunter-gather band is often tantamount to a death sentence – tribes and groups need to find some way to ensure that every individual will contribute responsibly. If there are too many free riders, or group members who take from the group but don’t give back, then the group will fail.

The solution, according to these researchers, is explained by what’s called “costly investment theory.” Costly investment theory states that, paradoxically, groups that demand more of their members actually fare better than those that demand less. So one way to solve the problem of ingroup cooperation is to insist that everyone who wants to join the group must do something difficult or exhausting to show their level of commitment to the collective. Once you’ve participated in a difficult or straining ritual, you’ll be more motivated to throw in your chips with that group from then on. You’ve already invested a serious chunk of energy, so it would be literally wasteful for you to back out or betray the group now.

Bodily modification, including circumcision, tattooing, and scarification, are common means worldwide of inducting new members into social groups and tribes. Because these procedures are painful and irrevocable, they’re quite literally costly investments. Indeed, they effectively forever cut off options for betrayal or defection to another group, since a permanent physical sign of allegiance to one tribe will be seen by members of other groups as a threat. In short: if your body has been seriously altered by your religious group or tribe, you’re probably in that group to stay.

Now, let’s look again at the Jewish diaspora in Europe. Flying in the face of all odds, resisting enormous cultural, political, and even military pressures, the Jewish communities of Europe survived and even thrived over the course of 2,000 years, maintaining their separate identity and religious customs in generation after generation. This suggest pretty strongly that something about Jewish culture worked. While there were probably many factors at play, the theory of costly investment makes a strong case that circumcision was likely one of them. Christian Europeans did not practice circumcision, making the procedure a powerful identifying marker of Jewish identity. Since circumcision was visible and irrevocable, it limited or eliminated the ability of Jewish husbands, sons, and fathers to abandon their communities and forge new lives among the Gentiles.

This is a bold statement, then, but I’m going to make it: I think there’s a good possibility that without circumcision as a marker of Jewish identity, that identity would not have survived the diaspora. Strong communities are not forged merely of mutual fondness and shared interests. They are forged of blood and pain. They are forged of commitment.

While the controversy in Germany began with a Muslim boy and his parents, I think the example of the Jewish European diaspora is a good one for showing why bodily modification is a fundamental feature of many religious communities. And in today’s European Muslim communities, circumcision likely plays a similar role as a marker of identity and belonging.

Insights into mechanisms such as these, which serve to tighten and bond human communities, often seem quaint or even horrifying to modern cosmopolitan people, who have been raised in a moral system that strongly values individual autonomy and self-determination. This Western individualistic ethical system finds its roots in the liberalism of writers such as John Locke, who saw enforced participation in group norms as coercive, barbaric, and immoral. While I partly share those views, I also have come to recognize that they arise from a very unique set of political and economic circumstances, and that this Lockean individualism simply could not function in most human contexts throughout history.

To illustrate why: I can afford to be individualistic, because I live in a culture that provides for most of my needs outside of the bounds of human relationships. I don’t need to know my grocer in order to eat. I just give her money, and she sells me food. Similarly, I don’t need a lasting, committed relationship to the guys who pick up my trash every Wednesday morning. I don’t even need to know their names (in fact, I don’t). As a result, most of my real relationships are voluntary – the people I play sports with, my friends, my musical collaborators. I don’t need them, except for companionship.

But in most cultures, in most times and places, this isn’t true. The vast majority of people have depended intimately on their immediate social environment for the most essential goods of life: food, shelter, childcare, protection. And so for most people who do not live in Western capitalistic societies, having strong, functioning social groups is actually a matter of survival. Even for minority groups within those Western societies, ingroup dependence is still greater than it is among established majority members.

This is why I think the German court’s decision was a bad one. It was explicitly predicated on the sovereign right of an individual to his own bodily integrity, but that sovereign right is in turn predicated on a set of philosophical assumptions that simply do not apply beyond a fairly narrow socio-political niche. Religious and cultural practices that impinge on individual liberties can be painful and seem barbaric. But they often also fulfill adaptive functions, and we need to keep this in mind if we’re going to make good decisions about how to respond to them.

The battle of group-versus-individual is one with no clear answers. Western liberals tend to underestimate the importance of group belonging and commitment, while many traditional societies and conservative religious groups go too far on the other side, often oppressing their members – especially women and children – for the sake of cultural continuity. I happen to think the German court veered too far to the liberal side of this equation, but more Lockean views offer very good arguments. As it is, the evidence to me seems to suggest my interpretation, and I’m sticking with it unless further, contrary evidence surfaces.

July 6, 2012 Traditional religion: investing in families, genetically
Recent Comments
0 | Leave a Comment
Browse Our Archives
get the latest from
Science On Religion
Sign up for our newsletter
POPULAR AT PATHEOS Public Square
1

Was Jesus white (and should art indicating He...
THE QUESTION: Was Jesus white? THE RELIGION GUY’S ANSWER: No. But in...
view all Public Square blogs
What Are Your Thoughts?leave a comment
Copyright 2008-2020, Patheos. All rights reserved.