Does religion turn people into haters? 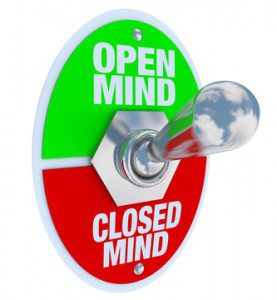 Since the terrorist attacks of September 11th, 2001, left a smoking crater in lower Manhattan, it’s been common knowledge that religion divides people. After all, the hijackers who steered jetliners into some of the world’s best-known buildings were hardline Islamists, motivated by a grim theological doctrine of holy war against the West. When taken against the backdrop of history, with its endless Crusades and holy wars, these horrific attacks cast religion as the root cause of human violence and strife. But is this hard-and-fast conclusion really true? A just-published paper suggests that, on the contrary, some religious people are actually less prejudiced against outsiders.

To be blunt: the surge of interest in religion among researchers, academics, and intellectuals after September 11th was, in many ways, partly – if tacitly – motivated by the hope that, in learning everything we could about religion, we could discover how to make it go away. Or, failing that, we could defang it, strip it of its odd power over people’s hearts, minds, and trigger fingers. We wanted, in other words, the religious equivalent of an aged and doddering Doberman pincer – a beast that once inspired terror but now is purely decorative, whose only possible use might be to help cuddle the children to sleep at night.

But in the eleven years since then, researchers have slowly come to the realization that religion is almost certainly not going anywhere – despite some trends toward increased secularism in Westernized countries, religious adherence is strong and stable across most of the world. So what are we to do? Does the persistent hold of religion on the world’s populace mean that we’re doomed to a future of petty strife and terrorist dramatics?

A group of scientists based in several countries were skeptical of this assumption. Inspired partly by a 2009 Gallup poll showing that religiously active Americans were less prejudiced against Muslims than their non-religious or non-observant peers, Agnieszka Golec de Zavala of the University of Lisbon and several international colleagues decided to test the effect of different styles of religiousness on prejudice against members of other groups – an important precursor to religious violence.

The researchers hypothesized that people who were intrinsically religious would be less prejudiced against outsiders than their extrinsic or questing counterparts. Since existential threats have long been known to increase most people’s prejudice against those with different backgrounds or beliefs, de Zavala and colleagues specifically tested believers’ levels of prejudice after they were primed to think of death.

In their first study, the researchers primed one-half of a sample of 158 American students to write about their own deaths, while the other half described a visit to the dentist instead. All the participants also filled out questionnaires that tested their levels of intrinsic, extrinsic, and quest religiosity. Finally, they were asked how comfortable they were with violent versus nonviolent means of confronting terrorists. Because most participants were expected to think of terrorists as both foreigners and members of other faiths, this last measurement stood in for the participants’ prejudice against religious others.

After crunching the data, the scientists found their hypotheses confirmed: students who had been primed to think about their deaths were much more likely to support violent means of stopping terrorism than those who wrote about a dentist visit – unless they were high in intrinsic religiosity. Among the intrinsically religious students, death priming actually decreased support for violent counterterrorism measures.

The third study (don’t worry – we’ll return to the second one in just a moment) used a similarly sized sample of Polish students, priming half of them to think about intrinsically religious concepts using a word-matching task. Like the American students, the participants were also primed to think either of their own deaths or of a dentist visit. Again, participants who were primed to think of death were much more likely to support violence against terrorists, unless they were also primed to think about concepts related to intrinsic religiosity. As expected, intrinsic religiosity inspired the students to be more supportive of nonviolent, diplomatic counterterrorism methods when primed with thoughts of death.

Returning to the second study: it deserves special mention because it was conducted in Iran and tested participants’ sentiments toward Christians, not terrorists. As in the other two studies, stimulating participants’ thoughts of death inspired them to be more hostile toward outsiders unless the participants scored high on intrinsic religiosity. For the Muslim believers who rated themselves most inwardly devoted to their religion, increased death salience actually reduced hostility toward Christians.

Perhaps most interestingly of all, the higher the Iranian participants rated themselves on general religious commitment, the more tolerant they described themselves as in relation to Christians. This result was independent of the other factors in the study, such as death salience and intrinsic versus other forms of religiousness. This means that, for this group of Iranian students anyway, sheer commitment to Islamic values actually inspired adherents to be less suspicious of and hostile toward Christian outsiders.

In a paper published this year in the European Journal of Social Psychology, de Zavala and colleagues explained their results in terms of the underlying religious values of compassion, kindness, and prosocial behavior in both Christianity and Islam. When people are confronted with the reality of death, research has long suggested that they often respond by identifying strongly with the most important values of their culture or community. This explains why many people, including those who are highly extrinsic in their religious beliefs, become more hostile toward outsiders when prompted to think of death: the values of the groups they identify with are tribal in scope and defensive in character. Existential threats enhance those values and encourage distrust of and hostility toward outsiders.

But, de Zavala and the other authors claim, beneath the tribal functioning of many religious groups are the actual tenets of Christian and Islamic beliefs, which often (although not always) encourage compassion and kindness toward outsiders. Thus, the believers who are most committed to living out the fundamental values of their religious faiths wind up becoming more universalistic and compassionate when threatened with thoughts of death – because those are the values that, ultimately, are at the core of their religious programs.

Unfortunately, not every religious believer is intrinsic in his or her motivations. This means that for every earnest, intrinsically motivated Christian, Muslim, or other follower of a world religion, there are several who are likely to be less aware of their religions’ compassionate ethical mandates. This imbalanced dynamic ensures that religion’s role in human affairs will continue to be as complicated and problematic as it always has been. The only difference is that now we might remove some of the blame from “religion” and put it where it belongs: on the laps of religious people who don’t understand, or willfully ignore, the ethical teachings of the traditions they so earnestly espouse.

August 31, 2012 A mystery in the history of Anabaptists
Recent Comments
0 | Leave a Comment
"Thank you for sharing you can download Spotify Premium APK completely free here : https://coimobile.com/spoti..."
cory coru day The Natural History of Music
"Connor, have you perused the Biologos website yet? Biologos is an organization largely of evangelical ..."
Heather G Mashal Faith and the Evolutionary Predicament
"...give it some reasonable thought, eh? While Russia commits an ongoing war crime against Ukrainian ..."
Michel So Long, Pax Americana
"The West DID behave well toward the Soviet remnants! If you trace the interactions with ..."
Michel So Long, Pax Americana
Browse Our Archives
Related posts from Science On Religion