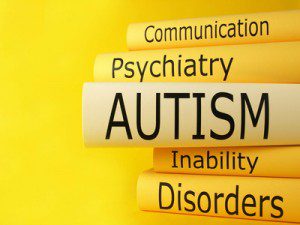 Religion is often characterized as a human universal – researchers claim that nearly every society  boasts some form of religious belief. But it’s also no secret that individual people often vary dramatically in their levels of religious belief. You might be a Bible-believing Christian, while your neighbor – who speaks the same language, eats at the same pizzeria, and enjoys the same movies – is a dyed-in-the-wool atheist. So where do these religious differences come from? A new research paper claims that the answer might lie in people’s ability – or lack thereof – to imagine the mental states of others.

One of the most common findings in the social scientific study of religion is that men are less pious than women. Across cultures, in different times and places, men report less belief in God than women do. And if you comb through the data, other patterns also begin to stand out: scientists are, in fact, more atheistic than the general public, and elite scientists much more so. In fact, more education in general seems to correlate with less religious belief. So what’s the deal? Is it just that smarter people are less religious?

Well, unless you want to make the politically explosive claim that men are smarter than women – and you probably don’t – the answer is no. In fact, a new research paper explicitly shows that I.Q. is not a predictor of religious belief. Instead, the findings focus on…autism. UBC-Vancouver psychologists Ara Norenzayan and Will M. Gervais teamed up with human development researcher Kali H. Trzesniewski to study whether mentalizing, or the ability to imagine the mental and emotional states of others, would correlate with religious belief.

Because social skills are so vitally important to human survival, significant portions of our brains’ real estate are devoted to mentalizing: to imagining, predicting, and comprehending why and how others behave. Over the last two decades or so, a growing body of research has suggested that belief in gods and spirits may be the product of our minds’ social cognitive hardware – the neural circuits that allow us to do this vitally important understanding and empathizing. And indeed, neuroimaging research has shown that praying to God activates the same brain regions we use to interact with and think about other people.

So mentalizing is an important part – although almost certainly not the only part – of believing in God. But, Norenzayan and his colleauges noted, people with autism disorders are typically deficient in mentalizing abilities. They tend to be less skillful at interpreting others’ facial expressions, for instance, and rate themselves as less socially skilled than non-autistic people. The researchers hypothesized that autistic people would be less likely to believe in God than neurotypicals, or non-autistics, and that this difference would be explained by autistics’ reduced ability to mentalize. What’s more, the researchers hypothesized that the difference in mentalizing abilities would also explain why men are often less religious than women, since men usually score much lower than women on the ability to understand others’ mental states.

In four separate studies, Norenzayan, Gervais, and Trzesniewski measured volunteers for autistic traits, mentalizing abilities, and belief in God. In the first study, the researchers actually recruited both autistics and non-autistics from the Miami area, while in subsequent studies volunteers simply filled out surveys that measured their empathic abilities and tendencies toward autism. (Autism is typically measured on a spectrum, so that even neurotypical people may show some  autistic tendencies.)

In all four studies, men showed less belief in God than women, and greater autistic tendencies were strongly correlated with nonbelief. In statistical analysis, the researchers found that the both correlations were mediated by impaired mentalizing abilities. In other words, the reason that both men and autistic people were less likely to believe in God was at least partially because they were less likely to see the world as being made up of personalities. Instead, autistics – and, to an extent, males – were more likely to see the world as being composed of impersonal objects and patterns.

The researchers tried to control for several other possible explanations for their findings, including the possibility that autistic people, who can be intimidated by social gatherings, may be less likely to go to church. According to this model, autistic people would believe less in God not because of reduced mentalizing abilities, but because they would be exposed less often to social conditioning that encourages belief in God. However, the connection between autism, weakened mentalizing abilities, and reduced religious belief held true even after the researchers controlled for religious attendance. The same was found when the results were controlled for interest in math and science. And finally, intelligence – as measured by I.Q. – was found to have no correlation with religious belief one way or another.

The best explanation for the researchers’ findings, then, appears to match their original hypothesis: both males and autistic people believe less in God because they interpret the world less personally than women or neurotypicals, respectively. That’s a lot of generalizations in one sentence, but it does seem to fit the facts. Naturally, individual people very rarely fit the boxes that social scientists produce – but those boxes do help us understand how things work.

If religious cognition is, in some fundamental sense, a form of social cognition, then the implications are vast. It would help to explain the connection between religiousness and social organization, from sprawling institutions like the Roman Catholic Church to small-scale pre-agricultural tribes. And it would raise interesting, if speculative, hypotheses. For instance, Europe and some other developed societies have experienced dramatic declines in belief in God and religiousness in recent decades. It’s possible – but certainly not demonstrated – that part of this phenomenon may be due to the reduced need for strong interpersonal connections in these cultures.

Before you roll your eyes, think about the fact that developed societies have, by definition, extreme economic abundance. Grocery stores sell food, bus drivers take us where we need to go, and people we’ll never meet pick up our garbage each week. We still need each other for emotional and social support, but, to a greater extent than nearly any other group of people in history, we don’t need each other for economic well-being. We depend for our bread and butter on abstract, impersonal systems, whereas our ancestors – almost without exception – depended on personal relationships. Interpreting the world as being personal may genuinely be less adaptive in our postindustrial context than it was for our ancestors. And the result may be a slow (or rapid) decline in religiousness. (Important note: This is not to say that Europeans are more likely to be autistics than people in other cultures. It’s a potential implication of the fact that religious cognition may be basically social in nature.)

But for now, the facts are that reduced mentalizing abilities predict a weakened belief in God, and that this association may explain why autistics and men both tend to be less religious than average. Of course, this doesn’t mean that religious belief – or disbelief – is justified or refuted. It just means that, like everything else we experience, our religious beliefs are inextricable from our brains.

Click here for the original article, “Mentalizing Deficits Constrain Belief in a Personal God,” in PLoS ONE.

October 8, 2012
Creation and science: An interview with Karl Giberson
Next Post

October 20, 2012 Religious conservatism may be driven by the disgust response
Recent Comments
0 | Leave a Comment
"Seems like contemporary culture is attempting a bold experiment: let's hope that individuals will arrive ..."
connorwood Why Rites of Passage Are Painful
"What is the replacement on hand? This question is from a father of two teenage ..."
Kripa Why Rites of Passage Are Painful
"I think with hindsight we have to say that Trump enabled Putin's invasion of Ukraine ..."
Barros Serrano So Long, Pax Americana
"Connor, have you perused the Biologos website yet? Biologos is an organization largely of evangelical ..."
Heather G Mashal Faith and the Evolutionary Predicament
Browse Our Archives
Related posts from Science On Religion