Does religious belief make you a better person? 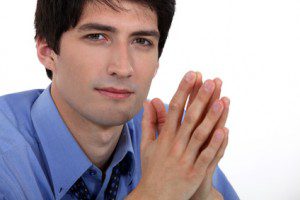 When evolutionary psychologists look at religion they tend to highlight the way it could strengthen communities to make them successful. The intuitions behind this theory also spur a large body of research linking religiosity to prosocial behavior. As Robert Putnam famously put it, religious people make better neighbors. They’re more generous, trustworthy, helpful, cooperative, and generally healthier…or so the theory goes. But a recent review of these studies suggest that we may be drawing too simple and hasty conclusions.

“Prosocial” is the technical term for the person you would want to watch your dog when you go on vacation, or the friend who is always willing to help you move. It involves volunteering, donating, sharing, and cooperation, and personality traits like agreeableness and empathy. These studies also extend from behaviors and personality traits to general health and well-being. Any concept this diverse eludes easy description, especially when connected with something as complex as religiosity. But the general impression emerging from these studies suggests a correlation between religiosity and prosocial behaviors.

This research isn’t just about what makes people nice people. It’s especially significant because it supports theories in evolutionary psychology about the ubiquity of religious behavior. The dramatically simplified argument is that religious societies were better equipped to handle the difficulties of living and working together (a task we all know can be trying at times) and therefore likely to outcompete non-religious communities. So research linking religiosity and prosocial behavior isn’t just about whether religion makes people nicer; it also has dramatic consequences for how we understand the origin of religion and the role of religion in culture today.

To handle this wide breadth of research, Luke Galen, a psychologist at Grand Valley State University, conducted a comprehensive survey of these studies. He organized the research into three groups: naturalistic studies, controlled economic studies, and priming studies. In each case Galen critiqued the assumptions that religion is causally connected to prosocial behavior, and highlighted research that requires us to be a little more careful with the complexity of this topic.

Naturalistic studies attempt to observe prosocial behavior in a natural context. Therefore, they typically rely on self-reports or peer reports. Any data about donations or volunteering fall into this category. And typically these reports show that religious people are more charitable and volunteer more. But Galen challenges this conclusion on two different fronts.

First he cites a body of research revealing a cultural religion-morality stereotype. This comes as no surprise when we consider the reverse stereotype against atheists, who remain one of the most vilified groups in American culture. Studies show that this prejudice often operates on a non-conscious level, affecting how we perceive the morality of those around us. Given this bias, how much should we really trust self- or peer reports? Galen argues pretty persuasively that they aren’t especially reliable.

Furthermore, it’s difficult to tell what exactly counts as a charitable donation. While religious individuals consistently report greater charitable giving, most of these gifts go to religious organizations. Of course those donations still count as charity and are still generous and prosocial. But if that charity is concentrated within the group then it challenges assumptions about more universal prosocial behavior among the religious. In other words, the religious may be nicer, but primarily to those who are like them.

This in-group favoritism – preferential treatment towards those who are similar to yourself – comes into sharper focus when Galen turns to examine the controlled economic studies of prosociality. These studies use a variety of games to measure generosity, trust, and cooperation.

One example is the public goods game, a game in which players donate to a common pool of money. That pool of money is then doubled and redistributed to all the players, regardless of their contribution. The way to earn the most money in this game is to donate nothing and have everyone else donate, then sit back and reap the benefits of other’s generosity. But if everyone adopts this strategy then you end up with the worst option: nobody’s money is increased. So participation requires trust and cooperation. Each of the economic games are different, but all are designed to measure some level of trust, cooperation, or generosity.

Amidst the varying conclusions of this research was a consensus that generosity tends to be directed toward in-group members. When a religious participant was asked to cooperate with someone with a different religious identity, their prosocial behavior was lower than when the partner shared the same identity. So religious individuals do tend to share more and cooperate more, but only when the person they are sharing or cooperating with is similar.

While this trend definitely points to an in-group preference among religious individuals, it also may affirm the wider religious-morality stereotype that Galen described before. Religious participants were consistently given greater offers and more trust than non-religious participants. In-group favoritism explains part of the trend, but this tendency was present even across group difference. Without these important caveats, it’s easy to draw the simple conclusion that reinforces the religion-morality stereotype: that religious people are more generous and cooperative. Galen draws on a wide sampling of research to show that it’s just not that simple.

The final group of studies that he review are those which use priming techniques. Priming is a way to activate certain memories and concepts so that they’re more present on people’s minds and therefore influential. It’s similar to cramming for a test, but in experiments it’s often done subliminally. To prime individuals’ religious concepts, for instance, researchers will often embed religious words within a scrambled sentence task. Participants think they’re solving a word problem, but they are also activating religious ideas which may then affect their behavior. Another way to prime participants is to conduct the study in a religious versus a secular context – for example, to have religious icons, images, or motifs in the actual study space, or to use only secular decorations.

Once primed, individuals are then engaged in tasks similar to the economic games described above. Priming experiments are especially compelling, because they reveal stronger and more consistent trends than the economic tasks alone. In nearly all the studies, religious priming resulted in more generous offers and more sharing. This body of research provides pretty conclusive evidence that priming religious concepts activates more prosocial behavior in individuals.

But Galen compares these religious priming experiments with similar secular priming examples- like priming people with the words civil or court. These concepts seem to have identical effects as their religious counterparts. One novel example is that priming with thoughts of superheroes increases volunteering behaviors, but nearly any reminder of a watchful third party can reliably increase individuals’ honesty. So while religious primes inspire prosocial behavior, it’s likely the authoritarian, watchful, aspect of the concept that causes the increased generosity.

Galen recognizes belonging as the most robust correlate to prosocial behavior. Being actively religious is likely to bring people into social groups and increase their sense of community. This is the same conclusion that Putnam and Campbell came to in their monumental work on religion in America, American Grace. In their words, religious belief itself turned out to be “utterly irrelevant” to good neighborliness. What matters are the religiously based social networks. But if this is the primary correlate of prosociality then we end up in a bit of a tautology: those who are the most socially engaged demonstrate the most prosocial behaviors.

Of course the relationship is more complex that this logical circle implies. Instead Galen argues that this emerges in part from an oversight in the research. These studies often do not include the non-religious as a distinct part of the sample. Galen highlights those studies that do include the full spectrum of religiosity and argues that they reveal a curvilinear dynamic where the confidently nonreligious resemble the confidently religious. One reason this might be the case is that prosocial behaviors are often supported by strong conviction, self-control, and nonconformity. Regardless of the cause, the studies that include the full continuum of religiosity, including the nonreligious, will have a better chance at resolving the complex relationship between religiosity and being a good neighbor.

One important mention is that Galen’s critiques do not undermine the evolutionary explanations of religion. In fact, the strong in-group bias is exactly what one would expect from an evolved prosociality within religion. Furthermore, evolutionary psychologists have pointed to the supernatural authoritarian function of religion as an advantageous means of preventing free-riders – people who take advantage of a group’s resources without contributing anything themselves to group well-being. If people think they’re being watched, and judged, by a supernatural omniscient being, then they’re more likely to conform to social expectations. So, while religious belief may not make people better neighbors, the social cohesion that religion likely assisted may have made our ancestors work in better teams.

May 5, 2013 Exploring your religion
Recent Comments
0 | Leave a Comment
Browse Our Archives
get the latest updates from
Science On Religion
and the Patheos
Best of Patheos
Channel
POPULAR AT PATHEOS Public Square
1

How do today's Latter-say Saints view...
Religion Q & A
2

Caring for the environment has a long Catholic...
Environmentalism may seem like a new mindset, especially in the Church. But...
view all Public Square blogs
What Are Your Thoughts?leave a comment
Copyright 2008-2021, Patheos. All rights reserved.