Holden Caulfield and the Super Bowl 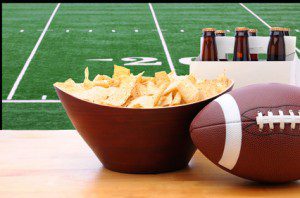 Two days ago, two American football teams met in New Jersey to play the Super Bowl. It was a terrible game, especially for those of us with Colorado connections. But that’s just football. The weekend also featured something worse than the Broncos’ pitiable offense: the “sportsball” meme, wherein people feign total ignorance of football (including calling it “sportsball”) in order to show how different they are from the average schmo. Now, I don’t have any problem with not liking football. What I do have an objection to, though, is Holden Caulfield Syndrome (HCS), which causes people to sneer at the arbitrariness and absurdity of culture – thus conveniently elevating themselves above it. If the Internet is any guide, HCS is spreading like wildfire, and spurring on the deadly polarization of our culture as it goes.

You’ve probably seen it – the nerdy VectorBelly Web comic wherein a cartoon newscaster interviews a helmet-wearing sports star (who is also a cat, because it’s a comic). The dialog between the two skewers the often-ludicrous speeches that players and coaches blurt out after games:

Newscaster: You were sportsing pretty hard out there. A lot of sports happened. Why do you think you lost?

Kitty/Defeated Sports Hero: We sportsed our best and scored points, but the other team was sportsing, too, and they scored even more points.

The first time I saw this comic – on Imgur, where it was retitled “Sportsball” – it was funny. Like, embarrassing, snorting-laughter funny. I mean, how many times can sports stars say, “Well, we played our best, but the other team played better?”

But then an unsettling thing began to happen.

Over January, as the football playoffs progressed, the Internet began to came alive with increasingly loud, self-indulgent cries of “Sportsball!” The meme spread until, I swear, I saw more sportsball references on my Facebook feed than actual football references.

They weren’t always just in good fun, either. Too many of these sportsball jokes betrayed a real cultural condescension, a sense that only the unwashed masses could possibly be enthusiastic about this odd thing called (apparently) “football.” In fact, we cultured types should advertise our ignorance of, and superiority to, the pastimes of the majority culture by mocking its absurdities and its arbitrariness. We should use irony to point out the essential nonsense and incoherence of society.

In other words, smart, educated folks should treat football the way that Holden Caulfield, the lead character of J.D. Salinger’s The Catcher in the Rye, treated the world.

Everyones talking about this Superbowl thing and I’m sittning here like “yay sports. Do the thing!”

Yay sports do the thing get the points yeaahhh! woooo! super! *confetti*

I really hope the Broncos kick the puck into a homerun to get points.

Two teams are sportsing. Hopefully one will sports better than the other!!!

Yes, this Twitter account is good comedy. It’s funny, ironic sending-up. And it’s also snobbery. You don’t have to like football – it’s a weird sport, as all sports are. They all have arbitrary rules and strange codes. They all bring out the competitive spirit and the tribal impulse. What’s more, they’re essentially anti-liberal: they’re irrational, constrained artificially by rules that have no basis in natural law, and intended to divide people into warring camps rather than unify them into a universal brotherhood of reason and equality.

But even though sports allegiances break people into tribes – the Red Sox Nation versus the Yankee Scumbags, Da Bears against the good people of VikingLand – they can also unite us into a kind of brotherhood of the absurd. As one astute writer at The Onion’s AV Club recently noted,

(I)t’s fun for the rest of us to pretend that the Super Bowl is one big, dumb party with the whole United States in attendance. We don’t have many of those collective moments left. …In this one cultural moment each year, we feel a connection to a larger whole—one that’s inclusive, silly, undemanding, and dissipates within a day. To achieve that feeling, however briefly, takes a mild suspension of disbelief.

That’s a telling observation, because as I’ve written in previous posts, all culture – not just the United States – requires regular suspension of disbelief, and acceptance of absurdity, in order to survive. Boston University religion professors Adam Seligman and Rob Weller call this the “subjunctive” function of ritual: by engaging in collective rituals, we commit to acting as if we lived in a shared world together. By taking part in the absurd ritual of the Super Bowl, Americans agree to behave as if we were all characters in this strange, intangible, infuriating, fascinating farce called “the United States.”

In contrast to this subjunctive use of ritual, Salinger’s Holden Caulfield famously hated the “phonies,” the hypocrites who weren’t perfectly authentic, whose behavior was self-contradictory and, from the outside, absurd. Holden didn’t want mere ritual. He wanted sincerity. And sincerity, you see, has to make rational sense.

But the thing is, all rituals – all social conventions – are absurd. All tools of culture are objectively arbitrary and irrational. Does it matter, from a sociological perspective, whether we all watch football together, or sit around listening to Franklin Delano Roosevelt’s Fireside Chats, or just hold hands and dance around a damn stick in the ground? No. What matters is that we agree to take part in the ritual, whatever it is, together. And the ritual’s rules need to be arbitrary – made up by humans – or it won’t work. We participants have to consent to participate, you see – not be forced into it.

We’re not quite at that point yet. But Holden Caulfield Syndrome is definitely stalking us. And if it hasn’t quite turned the United States into a disintegrated collection of atomized, individualistic, cooler-than-thou individuals (with the possible exception of parts of Brooklyn), it is widening the ever-growing rift created by our ongoing culture wars. For a variety of reasons, the folks willing to out themselves as intellectuals are, demographically, more likely to be politically progressive, while sports fans tilt conservative. So when we mock sports for the purpose of showing off our membership in a countercultural, intellectual club, we’re also effectively advertising that we’re not conservatives (“‘Murica!”)*.

Which might not sound so terrible to you. But as any student of Israel and Palestine will agree, highlighting the animosities between competing groups is a terrible way to Make Things Better. If we want the Culture Wars to continue raging – if we want our national culture to be positively drenched in entertaining, unwinnable conflict – then by all means, we should continue fanning the flames of derision, showing off our superiority, disdaining the absurdities of the groups we don’t want to identify with.

But we should keep in mind that new research suggests that increasing political polarization is great news for the wealthy who stand to benefit from political gridlock. The frightening aristocratization of America and the yawning, mistrustful gap between conservatives and progressives are feeding one another. If you contribute to one, you aid the other.

So let’s stop the spread of Holden Caulfield Syndrome. Instead of rejecting everything crass or nonsensical or uncool about the majority culture, either jump in and participate in their world or, for God’s sake, be polite about ignoring it. Don’t snark proudly about how superior you are to them.

Is the Super Bowl stupid? Sure. There’s too much money in it, the game usually isn’t a very good matchup, and sports networks hype it up way too much. I agree that it’s silly. But unlike the Holden Caulfields of the world, I want us to recognize the value of the absurd. Let’s at least respect those last few remaining rituals that give Americans the chance to all be American – in all our ridiculousness – together. Because athletics is ritual. It’s subjunctive play. And like life, sports are a brotherhood of the absurd. Do you have to play along? No. But you might miss out on something when you don’t. And you’re certainly no better – no more intellectually or morally upright – than those of us who do.

* “‘Murica” is another meme I think we could live without. Making fun of the accents of rural dwellers is not a good way to get people to like your opinions.

February 11, 2014 The Nye-Ham debates, or why fundamentalism exists
Recent Comments
0 | Leave a Comment
Browse Our Archives
get the latest from
Science On Religion
Sign up for our newsletter
POPULAR AT PATHEOS Public Square
1