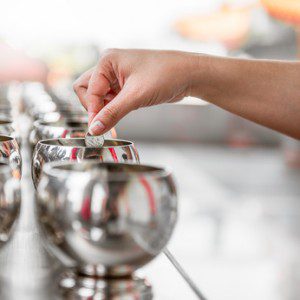 So I recently stumbled across this post from BrainPickings.org, about how to explain religion. It features four of those cute little minute-long animated educational videos that make you feel smart without your actually having to do anything. (You know the kind – they’re quirky, hip, catchy, and they make you feel pleasantly intelligent just by association with the person who made them.) The BrainPickings post purported to be a primer on major theories of religion. Cool, right? Except the original creators – instructors at UK’s Open University – chose to make videos about four thinkers who are almost never cited in the study of religion. Like, ever. So today’s post is the fist part of a fix: a short, easy-to-understand primer on some of the basic (actual) theories of religion.

Here’s why I felt like I had to say something. The video list created by the folks at Open University started with Karl Marx, went through the 19th-century social theorists Auguste Comte and J.J. Bachofen, then skipped, oh, a full century of advances in theory and research, and wound up with – who else? – evolutionary biologist and atheist crusader Richard Dawkins.

When I said that the four thinkers in the Open University list are almost never cited in religious studies, I was fudging a bit – especially for Karl Marx and Auguste Comte. People still talk about Marx’s and Comte’s theories, although usually without accepting them at face value. But I mean it literally when I say that no one ever cites Richard Dawkins in the study of religion. This is because his theories of religion are so ludicrous that people who have earned doctorates in religious studies feel no need to pay the slightest attention to them. The man is a non-expert in religion. Citing him as a major theorist of religion is stupid, and no one should do it.

That said, there have been a ton of very smart and interesting people who have thought up some profound theories about religion. Here’s the first part of a list. This part focuses on functionalist theories of religion, or theories that emphasize the practical roles that religion plays in human culture and individuals. Later entries will look at other types of theories. Read and explore. Note: this isn’t an exhaustive list. It’s more like a useful sample, drawn from my extensive experience talking shop with experts in religion, both in classrooms and outside them. My hope is to touch on the major names you’re mostly likely to hear in conversations with genuine experts in religion. The point is to spread some actual knowledge and ideas about religion, as opposed to trendy nonsense from people who couldn’t tell religion from Ramen noodles.

Émile Durkheim (1858-1917) was a French thinker who, along with Max Weber and Auguste Comte, basically invented the field of sociology. His great contribution to the study of religion was his famous argument that religion was “eminently social.” Durkheim claimed that shared sacred beliefs were the fundamental building blocks of community. By participating in rituals together, people generated “collective effervescence,” or an emotionally heightened sense of communal identity. Collective effervescence, in turn, reinforced a community’s sense of the sacred, or things that were “set apart and forbidden.” For example, in most Christian communities, Sundays are the sabbath, “set apart” from the rest of the week. Traditionally, people were forbidden to work on Sundays. For Muslim communities, the set-apart day is Friday. In Jewish communities, it’s Saturday. For Durkheim, communities were defined by what they took to be be sacred and set apart. Religion wasn’t an add-on to secular life – by inspiring people to believe in the same, shared symbols, values, and taboos, and to act in the same ways on similar timeframes, religion was the underlying ground for society.

Many thinkers have claimed that religion is just a reflection of society’s mechanisms (Marx, I’m looking at you), or a projection of people’s inner psyches (Freud, you know who you are). But Max Weber (1864-1920), another sociologist, insisted that religion didn’t just erupt out of society or the psyche – it helped create them, by directly influencing how societies developed. For example, Weber famously argued that Protestantism – and no other religion – gave rise to capitalism. Why? Well, because Calvinist theology claimed that God had pre-determined whether people were “saved” (going to heaven, instead of, um, the other direction), and there was nothing you could do to change God’s mind. This theology, understandably, left northern Europeans deeply jittery about their afterlives. The solution? Save up money, as a visible sign of God’s favor! You couldn’t change whether you were saved or not, but you could show that you were in God’s good graces by working hard and living a financially blessed life. The result was a new merchant class that held massive savings – enough to start investing in, and giving rise to, a burgeoning capitalist system. Most scholars today are skeptical of Weber’s Protestantism-capitalism thesis, but his most important legacy remains: the insistence that religion profoundly influences culture, by shaping what people believe about the world.

Clifford Geertz (1926-2006) was a celebrated anthropologist who penned one of the most widely cited, and comprehensive, definitions of religion of all time. I’ll just quote it here in its entirety, because why not:

If you can get over the out-of-date gender pronouns and the flowery language, Geertz’s definition of religion counts as one of the most complex and useful out there. It claims that religion is what transmits the meanings of symbols down through generations, thus allowing cultures to function. Because, let’s be honest, a culture where nobody agrees on symbols or meanings isn’t really a culture at all. It’s just a bunch of people. Importantly, for Geertz all symbols ultimately spring from religious sources, meaning that if you want to understand a culture’s worldview you have to look, first and foremost, to its religion. As an anthropologist, Geertz advocated “thick descriptions” of cultures, which meant actually, you know, paying close attention to the symbols, rituals, and metaphors that formed the bedrock of a society – rather than just rolling your eyes at how inferior the people you were studying were to Europeans.*

Peter Berger (1929- ) is a German-American sociologist of religion who achieved fame in the 1960s by arguing that the entire world was shortly going to become fully secularized, and then in the 1990s sheepishly admitting that he was totally wrong about this and that religion wasn’t going anywhere. Oops! Berger’s sociological theory of religion is based on the concept of socialization, or the ways that societies convince members that their particular view of reality is true. For Berger, religion isn’t just churches and synagogues and temples. It’s first and foremost the tools of socialization, including ritual and myth. These religious tools help cultures to “socially construct” reality – that is, transform what would otherwise be arbitrary or silly ideas (like “Christ’s body is the communion wafer”) into rockhard, commonsense truths. The web of these truths is a “sacred canopy,” or a shared worldview that unites and stabilizes a society and makes life seem meaningful – in spite of the ever-present danger that people will start to doubt the sacred canopy, and thereby destabilize everything. This sort of destabilization is called secularization – it’s how cultures lose their hold on people, so that religious ideas stop seeming plausible. In Berger’s theory, secularization leads to anomie, or a sense of meaningless or (literally) “lawlessness,” so that no one knows which way is up, or why we’re here on Earth, or what the point of life is. Which describes modern culture pretty well, and possibly explains the popularity of cat videos – you’ve got to escape a meaningless universe somehow, right?

This was the first in a series of posts about writers who, unlike some people, have actually thought deeply about religion. If these keep being fun to write, my guess is that this will be a three- or four-part series. Check back next week for the next installment!

* Richard Dawkins has never done a thick description of another culture, because that would require taking seriously societies that aren’t Western, white, European, aristocratic, and industrialized. It’s a good job that he chose biology and sophomoric demagoguery as his life’s work, because anthropology would totally not have been his bag.

May 19, 2014
Religion influences ethics more in low-religiosity countries
Next Post

Why parts of Good Friday worship...
The Conversation
Related posts from Science On Religion