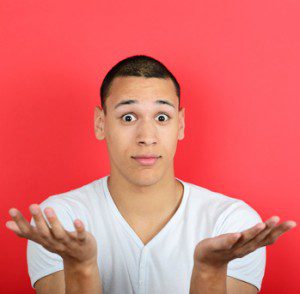 Remember how Europeans used to spend practically all their free time roaming around, conquering other people’s countries, and talking about superior how their culture was? Isn’t it great that those days are over? Oh, wait – they’re not. Michael Shermer, atheist extraordinaire and publisher of Skeptic magazine, has recently published a book arguing – literally – that Western societies are more moral than other cultures, because Westerners are better at abstract thinking. Shermer seems like a decent person (really). But history’s tragedies are made possible by decent people, and in his new book Shermer commits all the same sorts of moral fallacies that have powered cultural chauvinism since the days of Rome.

– ADDED DISCLAIMER: I haven’t read Shermer’s new book. Gasp! This article is a response to ideas that Shermer has articulated very clearly in numerous articles and interviews about the book’s arguments. –

Shermer’s new book is called The Moral Arc: How Science and Reason Lead Humanity Toward Truth, Justice, and Freedom. The title alone is a red flag: if you can cram that many inspirational totem words into a single subclause, you are on propaganda territory. But let’s look at what he says. In this essay at Reason.com (adapted from his book), Shermer recounts the increase in Westerns’ average IQ scores over the past century, a phenomenon called the “Flynn effect” after the scientist who discovered it, James Flynn.

Flynn argued that IQ scores have risen in part because abstract thinking has become more important in post-agricultural, urban society. According to Shermer, the Flynn effect sets a  precedent for a parallel increase in our moral abilities over the same time. As industrialized nations’ IQ scores and abstract reasoning skills have risen, Shermer claims, our moral intuitions have evolved apace. Where formerly – in our gloomy, agrarian past – we looked on outsiders, gays, and women as lower than boot leather, we now stress equality and fairness. While once we were viciously exclusive, we’re now learning to be magnanimously inclusive. These happy moral advances are a direct product of our sharpened abstract reasoning, since it takes abstract hypothetical thinking to imagine the needs and wishes of, say, a foreigner.

Shermer cites a common test of cognitive style, often called the “Triad Task,” as evidence of his claim. In the Triad Task, subjects choose which two words to pair together out of groups of three words – say, bicycle, chain, and skateboard. A concrete thinker might pair “bicycle” with “chain,” since chains have concretely to do with bicycles. Meanwhile, an abstract thinker might pair “bicycle” and “skateboard,” since both are members of the same abstract category (modes of transportation).

Concrete thinking leads us to endorse economic tribalism. …As our brains become better equipped to reason abstractly in such tasks as lumping dogs and rabbits together into the category “mammal,” so too have we improved in our capacity to lump blacks and whites, men and women, straights and gays into the category “human.”

Okay. Decent hypothesis. But the problem is that abstract thinking is not actually a measure of moral intelligence. At all. Instead, abstract thinking is a measure of “field independence,” or individualistic, decontextualized cognition. Abstract thinkers are more analytical – meaning that they break problems into parts. They’re also less attentive to context or situation. And they’re less social. Groups that are notably more analytical include political liberals; atheists; libertarians; white people; Westerners; and people with power and high socioeconomic status. Each of these groups also scores lower on measures of collectivism and higher (sometimes much higher) on individualism. They also tend to have fewer immediate social obligations than their counterparts.

Indeed, the most highly abstract and analytical thinkers in the world are Caucasian WEIRDs: Western, Educated, Industrialized, Rich, and Democratic people. Compared with every other society on Earth, residents of North America and Europe see the world much less concretely, more abstractly, and more analytically. And they’re much more individualistic and less collectivistic – an effect most pronounced among Caucasians. By contrast, African-Americans “emphasize group unity and mutual support” and “are more likely to be field dependent…and sensitive to social cues and adept at interpreting emotions.” To think concretely and relationally, in other words.

Interestingly, economic modes appear to play a role in cognitive preferences. Farmers and fishermen are more holistic and relational in their cognitive style than herders – because herding is a more individualistic activity, while farming and most forms of traditional fishing are intensely collaborative. Similarly, rice farmers are less analytical and abstract than wheat farmers in China, where rice farming is a more communal effort than wheat farming. (But neither group is as analytical as Chinese urban cosmopolitans.)

Let’s not pull punches: I can’t see how Shermer’s argument can avoid implying that city-dwellers are more moral than fishermen. Or that white people are more moral than black people. And that the Western world is much more morally advanced than East Asia, Africa, or – really – anyplace else. I’d like to move on to my next point, but first I have to make absolutely sure that Shermer’s one-dimensional moral prejudices are laid out for what they are. The Handbook of Cultural Psychology describes field-dependent (that is, concrete and holistic) social cognition as one in which

one’s predominant form of action tends to be the consideration of expectations, desires, and needs of others. This form of action, most typically characterized in terms of its responsiveness to concerns and expectations of others…include(s) behaviors oriented toward concerns of others and attempts at conforming to and gratifying others.

Consideration of others and attentiveness to their expectations and desires are, then, quintessentially concrete, field-dependent ways of thinking. This is a big part of why African-Americans tend to think more relationally and holistically: historically, members of African-American communities were forced to depend on one another. Attentiveness to concrete things and social context was a necessity. This makes it pretty hard to swallow Shermer’s utopian argument that “abstract reasoning and scientific thinking are the crucial cognitive skills at the foundation of all morality.” Call me cynical, but I have to raise an eyebrow when Shermer insists that abstract moral scenarios are more important than “consideration of the expectations, desires, and needs” of other, immediately present human beings.

So Shermer’s train of moral logic is already pretty rattly. But it runs off the rails completely when he pops his second argument: that Western society’s great moral leap forward was also driven by fiction. As regular citizens took up the habit of regularly entering imaginary characters’ inner worlds, Shermer claims, they gained the ability to empathically imagine others’ interior perspectives  – a vital corrective for the myopic, concrete, me-first attitude that Shermer associates with concrete thinking (and therefore, let’s not forget, with farmers, fishermen, African-Americans, and anyone who works with her hands).

I don’t even know where to begin with this. At first glance, it seems like an argument I might be able to support. I love fiction, and majored in English in college. But then I remember that Shermer thinks that abstract, scientific reasoning is the basis for modern society’s moral probity. To support his case, he offers research showing that fiction hones people’s ability to interpret other people’s emotions and intentions:

participants who were assigned to read literary fiction performed significantly better on …”mind reading” tests that measured where subjects were looking and how they judged the emotions of others than did participants assigned to the other experimental groups.

There’s a technical phrase for this sort of mentalizing: “theory of mind.” What’s funny – and, incidentally, totally derails his entire argument – is that analytical and abstract thinkers are not very good at it. People who are good at empathizing – that is, understanding others’ states of mind and intentions – aren’t drawn to the sciences, Shermer’s morally favored field, but to the humanities. Empathizing is driven by gut-level, bodily processes, not abstract musings; when we imagine the intentions and feelings of others – the core of theory of mind – our brains light up as if we were actually having their physical experiences. Shermer even alludes to this research in his essay, but somehow completely misses the fact that this is not remotely abstract thinking. It’s embodied thinking, dependent on context and physicality.

Shermer’s book will teach his tens of thousands of his self-proclaimed skeptical fans to simply import their own, idiosyncratic moral judgments into every situation they enter, while assuming that they common-sensically stand for what’s right. In this way, Shermer is a perfect example of the unreflective cultural jingoism that has powered the New Atheist movement since Day One: identify the values and preferences that characterize your own social group (in the New Atheists’ case, Western, educated men) and vaunt those traits as the summum bonum of all virtues.

Like a true rationalist, Shermer evinces puzzled disdain for people who think differently from him: in his case, concretely. Because abstract thinking – a reliable index of power and social status, often made possible by independence from relational obligations – is his preferred way to see the world, he thinks it must be the best one.

I don’t get it. I seriously don’t. Doesn’t Shermer realize that somebody needs to attend to “concrete reality?” Who is growing the food in his world? Who is fixing cars? Who is repairing the roads? Does Shermer genuinely think we need a world with no farmers or fishermen in it? Does he really believe that the Enlightenment will be complete once everyone has a paper-pushing job and we all work alone in offices and make six figures? Because that’s the only type of world that would make it possible for everyone to be a highly analytical thinker.

I’d ask what planet Shermer was living on, but touching the Earth might be too concrete for him.

If you’re in New York City this Saturday, March 7, you’re invited to attend a debate between Michael Shermer and Rabbi Geoff Mitelman at the 92nd Street Y on religion, science, and morality.

P.S. In this article, I’m critiquing arguments that Shermer has described in numerous places as representing the arguments in his book. So: if the ideas I’m critiquing here aren’t the ones Shermer articulates in his new book, then they’re still undeniably ideas Shermer is on public record as defending, and that deserve to be critiqued (in no uncertain terms, I think) on those grounds. If you’re going to comment about this article, deal with those ideas, not me personally.

February 18, 2015
Is willpower really a finite resource?
Next Post

March 16, 2015 Why the religion-science dialogue needs secular religious studies
Recent Comments
0 | Leave a Comment
"Seems like contemporary culture is attempting a bold experiment: let's hope that individuals will arrive ..."
connorwood Why Rites of Passage Are Painful
"What is the replacement on hand? This question is from a father of two teenage ..."
Kripa Why Rites of Passage Are Painful
"I think with hindsight we have to say that Trump enabled Putin's invasion of Ukraine ..."
Barros Serrano So Long, Pax Americana
"Connor, have you perused the Biologos website yet? Biologos is an organization largely of evangelical ..."
Heather G Mashal Faith and the Evolutionary Predicament
Browse Our Archives
Related posts from Science On Religion