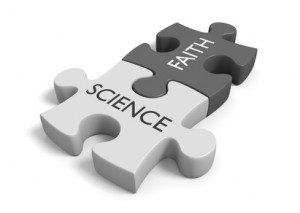 This weekend, I had the pleasure of attending a one-day conference on religion and science in Washington, D.C., hosted by the American Association for the Advancement of Science (AAAS). The conference brought together scientists, religious leaders, and academics to discuss religion and science in the context of some of today’s pressing issues – such as climate change. But the mood wasn’t anxious. Instead, participants relaxed and enjoyed each other’s company, fleshing out their stances on religion and science while hearing witty talks from experts. At one point, though, it dawned on me that I was possibly the only conference attendee whose expertise was in the study of religion itself. What could academic religious studies offer to the religion-and-science dialogue?

The title of the conference, “Perceptions: Science and Religious Communities,” hinted at the main reason why religious studies scholars weren’t wandering the halls in droves: the day’s focus was on how practicing scientists and religious adherents – particularly evangelical Christians – perceive each other as people. Instead of tackling big, abstract issues about “religion” and “science,” the conference’s organizers – led by Jennifer Wiseman, director of the AAAS’s Dialogue on Science, Ethics, and Religion (DoSER) program – had chosen to focus on the personal relationships between members of the (often overlapping) scientific and religious communities.

In an age of depersonalized communication, where people can attack each other from behind the anonymous safety of computer screens, more focus on the interpersonal level of relationship is exactly what’s needed.* When actual human beings enter a room together, they often get to like each other, and negative stereotypes and prejudices can loosen or even evaporate. Even if disagreements persist and serious debate breaks out, it’s between real people and not faceless avatars – at least there’s something personal at stake.

So this past weekend’s conference explicitly wasn’t about theories of religion, and that’s a good thing. But at a more general level, it seems to me that there’s real room for religious studies and the scientific study of religion to participate in the religion-science dialogue. In fact, I think it might be necessary. Traditionally, this dialogue has been dominated by religious believers on one hand, and science advocates on the other. In reality, of course, this is a Venn diagram with significant overlap, so, for example, seminal contributors to the religion-science dialogue, such as geneticist and Anglican priest Arthur Peacocke, have tended to be scientists who also profess Christian beliefs.

But the academic study of religion offers a different perspective. Rather than coming from a confessional standpoint, religious studies scholars take a third-person, secular stance. From this angle, they try to learn what role religion is playing in people’s lives, communities, and cultures. This approach can irritate everybody; believers feel that their faith is being mechanistically picked apart, while the skeptical-minded sometimes wonder why religious studies scholars take religious belief so seriously instead of discrediting it.

The thing is, this third-person perspective, while imperfect, can shed powerful light on people’s religious attitudes and motivations, and help parse the differences and similarities between different religious traditions. This granularity can be a godsend, because people in the religion-science dialogue world sometimes assume that their own religious concerns are universal – that Hindus and Buddhists have the same basic questions as Christians. As anyone who’s versed in religious studies knows, religious communities are different. Culture matters. Sharper, clearer understanding of the ways different religious commitments can influence people’s attitudes toward science could be just what dialogue leaders need to advance the discourse even further.

What’s more, a growing subfield of religious studies focuses on the cognitive and evolutionary roots of religion, also called the “bio-cultural” study of religion. This is what I normally write about here at Patheos. The bio-cultural study of religion is an exciting research field, with a tight family of progressing Lakatosian research programs that make predictions, can be tested, and offer much-needed explanatory depth. Insights into the cognitive foundations of religious belief could be the next big step in the religion-science dialogue, by offering clues as to why religious worldviews are so powerfully compelling, or what role religious rituals play in human cultures. This knowledge, in turn, could help scientists and science advocates craft their messages in ways that don’t trigger cultural or cognitive recoil. In an age of increasing climate change and dispute about evolution, that would be a very welcome benefit.

However, up until now these insights have mostly flown under the radar in the religion-science dialogue world. As I see it, there are two big reasons for this. The first is that secular or scientific theories of religion can seem very threatening to religious belief. People get defensive when they think you’re trying to explain their faith away.

There’s a good reason for this mistrust. People everywhere do not live by bread alone. We also live beneath “sacred canopies,” subjunctive worlds we create together using symbols, words, and rituals. These sacred canopies are the scaffolding of culture; without them, people tend to drift apart, as the lines of tradition that connect the past with the present and the future fray and come undone. Strong survival instincts are stirred awake when these webs are threatened – because for most of our species’ history, the community was the only thing standing between us and oblivion. The rituals and beliefs that made community possible weren’t just nice decoration. They were matters of life and death. Scientific and reductionistic explanations of religion make people tense up because we instinctively fear that, if faith is explained away, our communities and ways of life will fall apart.

As a way of mitigating this defensive response, I’ve recently started prefacing some of my talks with the flat-out admission that I’m about to discuss religion in a way that is explicitly reductionistic and naturalistic. This frankness can be refreshing, because it relaxes the suspicion that I’m trying to hide or downplay something. I also like to sketch the limits of naturalistic interpretations: they don’t get at the lived experience of religion, nor do they do full justice to the variability of different traditions. What the cognitive science of religion offers is models. These models can make predictions and offer explanations. They can help us understand what’s going on. But they don’t explain every last detail. They’re a tool, not a replica. They’re map, not territory. But maps are damned useful.

When cognitive scientists of religion or religious studies scholars are forthright about both the limitations and the powerful advantages of their research methods, their explanations don’t come across as quite as threatening or invasive. You can understand how rituals such as initiation rites or weddings help structure the cultural worlds of homo sapiens without feeling that your own culture’s rituals are meaningless. Many people often even see the importance of their own tradition’s practices in a new light.

The second hurdle to incorporating secular religious studies in the religion-science dialogue is, unfortunately, religious studies itself. Religious studies is a discipline in crisis. Although it’s the only field that trains experts specifically in religion – one of today’s hottest hot-button issues – religious studies is suffering major identity confusion, as its constituent subfields struggle to offer competing visions for what the field should be. This means that textual scholars have little patience for cognitive scientists of religion. Anthropologists and sociologists poo-poo psychologists. Lacking unity or even coherence, religious studies isn’t producing the serious public intellectuals who could bring much-needed expertise to bear on big questions of religion and society.

This is a tragedy. Since the Industrial Revolution, there has never been a time when incisive, robust discourse on religion has been more sorely needed than now. Many religious studies professors seem resigned to the eventual disbanding of religious studies departments and the shunting of its experts back to their home departments – psychologists of religion to psychology departments, textual studies scholars back to philology. The problem with this vision is that it won’t work. Most psychology departments won’t support psychologists of religion, and most universities don’t even have philology departments. A vital tradition of bringing multiple disciplines together for the purpose of studying religion as religion would be lost. At a time when religion dominates the news and public debates, this would be a terrible blow.

My suggestion? Religious studies and the scientific study of religion need to revamp their self-image. What they have to offer is very much needed. The world needs people who understand the history of Talmudic discourse, because that discourse has profoundly affected Jewish culture and, by inference, today’s world. The world needs experts in the cognitive foundations of religious behavior and belief. And it needs experts in the sociological and psychological profiles of religion, because those dimensions of religion have profound ramifications for how religious adherents respond to changes in society – including science.

If the hurdles can be overcome, secular religious studies – including cognitive science and the bio-cultural study of religion – could add vibrant insight to a dialogue whose main purpose is to achieve rapprochement between religion and science. People aren’t going to stop being religious anytime soon – especially if living standards ever fall due to economic contraction or ecological stress. It’s much better to understand religious commitments and beliefs than it is to try to bulldoze them or – perhaps worse – politely ignore them. People’s faith commitments are crucial to their identities, and when science is presented as threatening to those commitments, tensions arise. The secular study of religion can offer vital perspectives on how these tensions can be addressed – without necessarily defending religion or explaining it away.

* Speaking of interpersonal relationships, after last week’s conversation about skeptic Michael Shermer’s new book, Shermer and I communicated by email, and he kindly agreed to send me a copy of his book for review – so check back in a few weeks for an updated take on questions of morality, science, and progress. Importantly, Shermer agreed to send me the book even though I expressed that it would probably be a critical review, which I think is a pretty neat thing to do, and bespeaks a genuine interest in dialogue and debate. I hope this conversation will stimulate some real consideration of morality’s relationship to science – an important topic if I’ve even heard of one.

March 18, 2015 Comments aren't for atheist evangelism
Recent Comments
0 | Leave a Comment
Browse Our Archives
get the latest from
Science On Religion
Sign up for our newsletter
POPULAR AT PATHEOS Public Square
1