Call for fellows: Sinai and Synapses 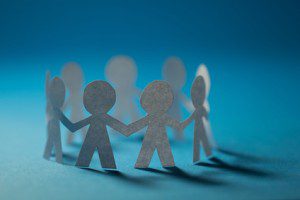 A few years ago, out of the blue, a rabbi named Geoff Mitelman wrote me an email. He was starting a fellowship program in New York, and wanted to know whether I’d be interested in joining it. The fellowship, called “Sinai and Synapses,” was focused on religion and science and would bring scientists, scholars, and religious leaders together for lectures and conversations three times per year in midtown Manhattan. Travel and hotel would be covered in full! I said yes. Four years later, thanks to Sinai and Synapses, my circle of contacts has grown to include religion journalists, rabbis, NASA scientists, and psychological scientists, and Sinai and Synapses is taking applications for the 2017-2019 fellowship. If you’re a reader of this blog, you probably have some interest in how religion and science intersect. Applications are due July 31st.

If you want to know more, check out the application webpage here. The fellowship meets six times through the 2017-2019 cycle, plus a final meeting with fellowship alumni at the end. Fellows travel to New York for each meeting, where they meet at the offices of The National Jewish Center for Learning and Leadership (CLAL), hear a speaker, and then work together to discuss projects and create content. For example, at the last meeting I attended – an alumnus meeting in May this year – I recorded a podcast with three other fellows. (The podcast will be released in the next month or two.) Alternatively, you might make a video to be uploaded to the Huffington Post or pen an op-ed article.

Above all, you get to cross-fertilize ideas with exceptionally smart and interesting people. At that May meeting, I talked systems theory, ritual, and anthropology – three of my favorite subjects – with a rabbi and PhD candidate who helped me see new connections between key ideas. A cognitive scientist helped me better understand the relationship between cognitive science and ritual studies – two fields that often don’t have much to do with each other, despite both being interested in investigating religious thinking and behavior.

And Geoff, the organizer and founder of Sinai and Synapses, is an anchoring presence and consummate and skilled networker whose passion is bringing people together for exactly these types of interdisciplinary exchange. He’s also a great guy.

Check out the webpage and call for applications yourself. The Sinai and Synapses experience was, and still is, a great one.

While I’m on the topic of opportunities to learn about religion and science, here’s another, very different one: my research team has a few surveys up at this website. Please take them! The surveys ask about your attitudes toward religion, society, personality, and thought style. Each survey you take gives you feedback that describes where you fit relative to others who have also completed that survey. All together, the three quizzes in the “School of Theology Spectrums Survey, 2017” page take around 10 to 15 minutes. You’ll need to register at the website first, which takes about 30 seconds and is free. There are lots of other surveys at the site you can take after that, ranging from spiritual experiences to core values in life. It’s a great way to gain insight into your own beliefs and personality, and you’ll be helping science. Thanks in advance to any readers who help us out. 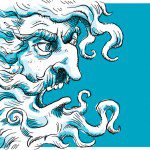 July 14, 2017
Supernatural punishment and the evolution of cooperation
Next Post 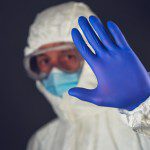 August 3, 2017 Science and democracy go hand-in-hand – and democracy is in danger
Recent Comments
0 | Leave a Comment
"menangqq adalah situs permainan poker Online dengan server kualitas terbaik dan bonus ratusan juta rupiah"
berbonusqq When the Social Order Has Legitimacy ..."
"This post is spot on. The problem is accentuated by a disparagement of cultural traditions ..."
Positivist Is Academia a Failed Initiation Rite?
"Another example of WIERD being, well, the weird exception to the rule.The "missing second half" ..."
Kevin Kostlan Is Academia a Failed Initiation Rite?
"Good points, Elritus.I think often times folks are right to resent a system (or System) ..."
connorwood The Symbolism of Old Gods and ..."
Browse Our Archives
get the latest from
Science On Religion
Sign up for our newsletter
POPULAR AT PATHEOS Public Square
1