Why Is Shamanism So Common? 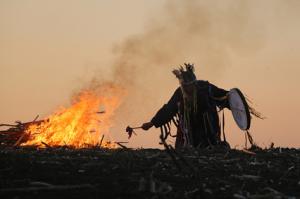 A few years back, I wrote a post here called “Spirit Possession: Everyone’s Doing It.” (I was working at the time on a couple of encyclopedia articles on spirit possession cults.*) Spirit possession and shamanism are seriously interesting topics of study, because they shed a lot of light on general questions about the nature and origin of religion. Recently, a PhD student at Harvard, Manvir Singh, published a target article in Behavioral and Brain Sciences on the evolution of shamanism, and my colleague Kate Stockly and I contributed to the lively discussion in the commentaries. Using a new cross-cultural dataset, we showed that female-dominate spirit possession cults are disproportionately found in complex, hierarchical cultures, where social control and inequality are high. Why would that be?

Let’s talk definitions first. Shamanism and spirit possession aren’t usually the same thing, at least in academic parlance. “Shaman” comes from the Tungus word şamān, and usually refers to a person within a small-scale society who uses spiritual practices and altered states of consciousness to address clients’ problems. By contrast, spirit possession is a phenomenon in which people believe that their bodies are taken over by external, invisible spirits. In some societies, people create groups or cults focused on intentionally getting spirits to possess them, often during ecstatic ceremonies featuring lots of drumming – and altered states of consciousness. In these spirit possession cults, becoming possessed is also considered a way to deal with problems.

So, although shamanism and spirit possession cults are distinct from one another, they both often involve the use of altered states of consciousness, particularly trance, to grapple (or claim to grapple) with social, medical, spiritual, and practical problems. “Trance” is a catchall term for states in which people experience reduced conscious control over their bodies or an altered relationship between mind and body, whether this happens in a quiet, meditative context or during wild all-night dancing. Practitioners use rhythmic drumming, psychoactive substances, food and sleep deprivation, and other tools to bring about trances.

Somewhat unusually, Singh’s target article uses the term “shamanism” to refer to all people who “enter trance to provide services” to the people in their community. So in his terminology, a Haitian Vodou priestess possessed by a loa (spirit) is a shaman, and so is a Siberian Tungus shaman, and so is a Korean mudang. In fact, this definition would also include many charismatic or Pentecostal Christians, who often enter altered states of consciousness during worship and provide services (in the form of prayer and prophesying) for others who happen to be standing nearby.

The vast majority of recorded societies have shamans according to this definition. Singh posits that controlled trance practices are so widespread because they leverage evolved, default human cognitive biases in a particularly effective way. Specifically, they  convince people that trance practitioners can influence unpredictable outcomes such as recovery from illness and success in hunting. That is, shamans are similar to “cheesecake,” in the psychologist Steven Pinker’s words: they trick people’s brains into feeling rewarded by a well-crafted concoction that hits all the right inbuilt preferences.

Because shamans are so well-suited to “tickling the sensitive spots” of the human brain, shamanism tends recur and spread at high rates. This explains why so many cultures have trance specialists, even simple foraging societies that don’t have any other kind of professional specialist or formal leadership. Popular opinion about prostitution notwithstanding, trance specialists are really the first professionals.

Singh’s theory is, then, a cultural evolutionary theory of shamanism – he argues that shamanism (as he defines it) is so widespread because it manipulates the human mind so effectively that it almost can’t help but spread. Singh’s theory thus owes something to Richard Dawkins’s and Daniel Dennett’s concept of so-called memes: ideas that spread not because they’re useful, but simply because they’re well-adapted to colonizing people’s minds.

Singh promised in his article to discuss how “shifting social conditions” should affect the presence and form of shamanistic practices, but Kate and I didn’t think he really accomplished this in his article. To explore this gap, we turned to a new dataset that Kate recently built with several colleagues at Boston University and the Center for Mind and Culture. Called the Sex Differences in Religion Dataset, this dataset is an aggregation of many different ethnographic statistics and codes from distinct sources. It lets users explore the correlates of practices related to sex and gender across cultures worldwide.

When we gathered up several relevant variables and ran analyses, we found that, across societies, the presence of female-dominated spirit possession cults was significantly positively correlated with (1) larger society population, (2) more layers of institutional hierarchy, (3) belief in moral high gods, and (4) relative economic deprivation. In other words, it seemed that spirit possession cults headed by women were disproportionately likely to be found in big, unequal civilizations with lots of hierarchy and complexity.

These findings mirror what previous researchers have found. The anthropologist Erika Bourguignon long ago argued using cross-cultural datasets that possession cults were more common in big, complex, hierarchical societies, whereas trance practices that lacked spirit possession were more common in smaller-scale, structurally flatter societies. Similarly, the anthropologist I.M. Lewis pointed out that spirit possession cults were much more likely to be headed by women.

So really, Kate and I were just corroborating what previous generations of scholars already knew, but from a slightly different angle. We also found that female-dominated spirit possession cults were inversely correlated with high levels of premarital sex and with the overall social status of possession trance practitioners. Both of these variables indicate high levels of sexual inequality and social control.

An example of how these correlations play out in the real world is South Korea, where “shamans” are numerous (and increasing in number), yet are almost exclusively women. Korean shamans (also called mudang 무당 or mansin 만신) bang drums and steel cymbals, dance, and go into trances during ceremonies, which enables gods and spirits to gain access to their bodies. Then, while possessed, shamans might speak with the voice of a dead ancestor or a troubled spirit, using the authority of supernatural possession to try to solve a client’s problem or predict the future.

So Korean shamanism is a classic example of a female-dominated spirit possession cult. And true to form, Korean society is extraordinarily hierarchical. Despite decades of economic development and changed social mores, Confucian roles still largely determine your rank and position in the society (and women are always lower-ranked than men). You can’t even speak Korean without grammatically referring to social rank. And Korean society is big – its largest city, Seoul, has more than 25 million people.

These preliminary results reinforce the fact that the type of trance that’s most common in a given society is at least partially a function of that society’s social structure, size, and complexity. As cultures change and grow (or shrink), the forms of shamanistic trance will be affected. Kate and I both think that this dynamic is crucial for any theory that tries to account for the cultural success and spread of trance practices, and that lumping all kinds of trance into a single category is therefore likely to be misleading.

But the questions remain: why are female-dominated spirit possession cults more common in big, hierarchical societies, and conversely, why do male shamans predominate in small-scale cultures? Singh’s theory can’t account for these patterns, but  neither can any other theory. However, my colleagues at the Virginia Center for Modeling, Analysis, and Simulation (VMASC) and I have built an agent-based simulation that tries to tackle this question. A paper presenting this simulation model is under review right now, and I’ll write more about it here once it’s published.

Singh’s cultural evolutionary theory of shamanism is a useful stab at understanding one of humankind’s most puzzling and widespread traits: the use of altered states of consciousness to deal with personal, medical, spiritual, and practical problems. His model is agnostic about whether or not trance actually does help with any of those problems, but it does offer a well-articulated set of hypotheses about why trance is so common, as well as predictions about when we can expect to see it change or decline. With our commentary, Kate and I tried ground the conversation more firmly in established literatures on cross-cultural shamanism and trance, and to emphasize that different forms of trance seem to emerge from different types of social structure. As such, theories that treat all forms of trance as interchangeable are probably too broad.

But we’re talking about a super complex social, cognitive, affective, and behavioral  phenomenon here. No one has the full answer as to why shamans and spirit possession cults populate the world around us. Knowing the patterns in the data, and connecting those patterns with well-informed theory, is the first step to understanding. In that sense, Singh has offered something useful.

*You can find those articles in the lovely volume “Spirit Possession around the World,” edited by my friend and former BU colleague Joe Laycock and published by ABC-CLIO. 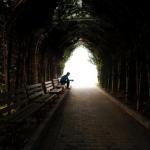 May 17, 2018 Why Do Societies Differ Psychologically?
Recent Comments
0 | Leave a Comment
"I am disappointed that my comment to this blog, while long by comment standards, was ..."
Mitchell Diamond The Natural History of Music
"Thanks for saying so, ErichH. I don't know if I'm through the marsh yet, but ..."
connorwood More Signal, Less Noise
"Thanks, John. The vote of confidence is appreciated!"
connorwood More Signal, Less Noise
"Thank you for your brutal honesty about the challenges of academic life, as well as ..."
Mitchell Diamond More Signal, Less Noise
Browse Our Archives
get the latest updates from
Science On Religion
and the Patheos
Best of Patheos
Channel
POPULAR AT PATHEOS Public Square
1

Cherry-picking the Bible and using verses...
The Conversation
4

What St. Thomas Aquinas can teach us about...
A scholar of democratic virtues explains why Dominican monk Thomas Aquinas’ thoughts...

Buddhist nuns and female scholars are gaining new...
Traditionally, Buddhism has been opposed to women taking on leadership roles. However,...

More Signal, Less Noise
A while back, I left formal academia. In the post where I...
view all Public Square blogs
What Are Your Thoughts?leave a comment
Copyright 2008-2021, Patheos. All rights reserved.