A Cognitive (and Social) View of Ritual 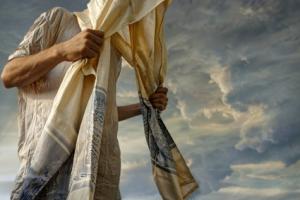 Imagine two scenes. In the first, a person chucks a book casually on a table, leaving it open to the page she was reading, before walking into another room. In the second, she raises the book conspicuously over her head. Then, still holding it high in both hands, she slowly turns around, walks in a measured gait toward a large table, and places the book carefully on a reading stand. What’s the difference between these two scenes? Well, the first is just a person putting down a book. The second is a ritual. A new paper by top thinkers in psychology and cognitive anthropology sets out exactly what distinguishes ritual from everyday actions, and why we human beings spend so much time and energy performing – and observing – rituals.

For most of the 20th century, studying ritual was mostly the job of anthropologists and sociologists – scholars who studied the social dimension of life. The new paper, published last year in the journal Personality and Social Psychology Review, aims to correct this imbalance by tackling ritual from the standpoint of the cognitive and psychological sciences. Specifically, the authors, led by University of Toronto researcher Nicholas M. Hobson, set out to investigate the psychological characteristics – and functions – of ritual.

What IS Ritual, and How Can It Be Recognized in the Wild?

Rituals differ dramatically across contexts and cultures. A high-school graduation ceremony in Ohio isn’t the same as a Muslim wedding in Pakistan, and neither are like a Pentecostal church service in Fresno. Some rituals are slow, formal, and somber, while others are loud, chaotic, and celebratory. Some, such as Orthodox Jewish morning prayers, might be repeated every day, while others – such as coronations – take place only a few times in a person’s life, if at all. But Hobson and his co-authors argue that all rituals share certain common psychological features. Specifically, they define ritual as

predefined sequences characterized by rigidity, formality, and repetition that are (b) embedded in a larger system of symbolism and meaning, but (c) contain elements that lack direct instrumental purpose.

The first component of this definition – predefined action sequences that are rigid or formal and repeated – calls to mind the somber gravitas of a graduation. But in fact, all forms of ritual are characterized by high levels of repeated motions. More importantly, people don’t make them up as they go. Instead, there’s a template. If you, say, preside over a royal coronation, you’re supposed to do and say certain things in a rigidly prescribed order. Another way of saying this is that people conform their behavior to the ritual, not the other way around.

The second component – that rituals are embedded in broader patterns of symbols and meaning – simply means that rituals refer to concepts beyond themselves. This is what differentiates compulsive hand-washing from ritual per se: while compulsive acts are often highly rigid, formalized, and repetitive, they’re not about anything beyond themselves, and they’re not connected to any traditional meaning. By contrast, a Jewish Passover Seder has lots of repeated, formalized actions, but it’s set within a dense network of traditional religious symbols. When people sit down at the Seder table, they know they’re taking part in a ritual that evokes the memory of 3,000 years of Jewish history and struggle, particularly the Exodus.

The final component of Hobson and colleagues’ definition is maybe the most interesting: rituals aren’t practical. They don’t produce food, fix broken bones, or repair broken windows. In fact, if you’re an outsider observing a ritual where you’re unfamiliar with the cultural context, you’d probably be hard-pressed to say what the performers are even trying to do.

(Take a non-Christian witnessing a priest baptizing an infant. She’d be clueless as to what the priest was trying to do – maybe wash the baby’s head? If so, she’d probably decide the priest doesn’t know much about washing.)

In other words, rituals are “causally opaque.” It’s not clear how they’re supposed to work, instrumentally speaking. They’re also characterized by what researchers call “goal demotion” – that is, the intermediate steps between starting and finishing a ritual seem to be more important than the end goal. Think about the example of the raised-up book: if the practical purpose of the action was to return the book to the reading stand, then the celebrant would have just walked up directly to the stand and stuck the book on it. Instead, she raised up the book, processed slowly with it, and placed it slowly on the stand. The way she treated the book at each stage drew observers’ attention to that stage itself, not to the end goal. That’s how you could tell it was a ritual, not an everyday action.

Hobson and his co-authors argue that ritual’s characteristic features can be understood better when we take a cognitive perspective. Specifically, ritual depends on both bottom-up and top-down cognitive processing. Bottom-up processing deals with details and granular perceptual data – that is, the raw input of sights, sounds, and smells. Top-down processing instead focuses on higher-level conceptual frameworks and interpretations of those sensory events.

For example, the formality, repetitiveness, and rigidity of ritual generally elicits more bottom-up cognition, because it focuses attention on the low-level details of the ritual scenes. When someone very carefully treats an object in a special way, taking care to perform each step slowly and deliberately, your brain is likely to train its attention on those individual steps, not on the whole event. In this situation, you’re less likely to be making generalizations of or recalling interpretations of the ritual. You’re performing basic “event segmentation,” or the breaking up of complex sequences of actions into smaller cognitive units.

By contrast, the fact that rituals are embedded within larger systems of meaning and symbol is more connected with top-down processing. You know that you’re participating in a Seder, so you interpret the low-level events and actions happening around you through that heuristic filter. That way, you know how to make sense of the whole ritual, including the transitions within it between different stages. You also know that the entire ritual refers back to the Biblical story of the Exodus. Top-down processing gives you a frame within which to place all ritual’s different ingredients, thereby (hopefully) making sense of them all.

Hobson and his colleagues use this cognitive framework to make predictions about how ritual might work to regulate various dimensions of life. Many scholars, most importantly the anthropologist Roy Rappaport, have argued that ritual plays a regulatory role in human affairs. By this, they mean that ritual imposes a structure and pattern on our behavior that stabilizes our interactions with each other and our personal habits. They also mean that ritual helps regulate transitions between different levels of social exchange. As Hobson and his co-authors write,

Ritual is often regarded as a powerful mediating social mechanism that, when done properly, strikes a balance between opposing social and interpersonal forces…(and) integrates an individual’s subjective state with the communal social order, bringing together one’s private and public life.

One illustrative example is weddings. A wedding is a ritual that makes a very private relationship public. Rappaport pointed out that this kind of ritual helps boost the signal-to-noise ratio in human societies by amplifying the socially significant aspects of the event – the public commitment, the joining of two families, etc. – and de-emphasizing the less important aspects, such as private tensions between the bride and her future mother-in-law. By gating what information is allowed to escape into the public sphere, rituals declutter the social landscape and thereby regulate interpersonal life.

Hobson and colleagues argue that ritual exerts a regulatory effect on at least three areas: emotions, goal pursuit, and social life. Ritual, they claim, can help regulate emotions by highlighting bottom-up cognitive processes, which can distract people from negative feelings. For example, if you’re feeling really low about failing a test at school, going to church might “swamp” your conscious awareness with lots of little details about the elaborate rituals,* thereby giving you a break from worrying.

By contrast, rituals that have more of a top-down component may be adaptive for helping regulate our attempts to realize goals. A growing body of empirical evidence indicates that just taking part in rituals can improve self-control, but this effect seems to be especially strong for people who think they’re partaking in a ritual. That is, the exact same series of gestures can have a different effect depending on whether they’re framed as being part of a ritual or not. Top-down cognitive processing, then, provides a context within which ritual behaviors may have especially strong effects on our ability to persist in the pursuit of goals.**

In the social domain, Hobson and his co-authors argue that the bottom-up features of ritual may be ideal for transmitting social norms and cultural expectations. Drawing on the research of neuroscientist Uffe Schjødt, they describe a process in which the brain “chunks” or segments ritual actions into discrete units, which elicits heightened attention to detail. In that detail-oriented, slowed-down cognitive state, people are more susceptible to social suggestion, authoritative claims, and cultural teachings. Because of this, ritual might be the ideal context in which to pass down religious and cultural worldviews.

Not Competition, but Collaboration

Despite coming at ritual from a cognitive/psychological angle, the paper’s authors are explicit about not wanting to replace the anthropology of ritual with a psychological theory. Instead, they hope that their cognitive perspective serves to extend and build on established sociocultural theories. It’s refreshing to see a group of experts tackle an important topic by offering a new disciplinary perspective while working to retain other disciplines’ insights.***

The convergence of cognitive science with anthropology (and evolutionary biology) in the study of ritual and religion is one of the great scientific stories of the 21st century. While this paper by Hobson et al. doesn’t offer any new empirical data – it’s published in a journal that only deals with reviews – it’s an important step forward in advancing this collaboration. It’ll be exciting to see what the future brings.

** This is pretty odd, when you think about it. Why would doing a bunch of weird, deliberate hand gestures improve your self-control, but only if you conceptualize them as being part of a ritual? This is a topic for another post, but the quick answer is that social convention and norms seem to be deeply entwined with self-control, and ritual is essentially the ultimate version of social convention. In other words, we learn self-control in large part by learning how people contingently do things in the culture around us. Ritual is like that times twelve.

*** For example, the authors approvingly cite Victor Turner, one of the modern era’s most influential anthropologists of religion. Despite Turner’s fame in the anthropological world, I don’t think I’ve ever seen a paper lead-authored by a psychologist cite him before. To be fair, one of the paper’s authors – Dimitris Xygalatas, whose work I’ve written about here before – is an anthropologist, so maybe it’s not terribly surprising that top-flight anthropologists would get cited in this paper. But it’s heartening even if so. 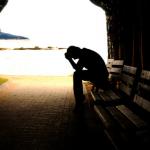 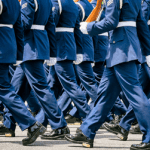