Ritual, Play, and the Landscape of Value

Back in October, I was privileged to give a keynote talk at a conference at the Toronto School of Theology (virtually, of course) on “Value and Valuing.” The talk focused on the relationship between ritualization and play behavior in humans and animals, comparing the granular features of animal play with human play, and setting animal ritualization alongside human rituals. Along the way, I discussed the spectacular mating dances of crested grebes (which feature birds improbably slinging weeds at each other while paddling furiously underwater, inspiring the biologist Julian Huxley to coin the term “ritualization”), the protocol of British knighting ceremonies, and the evolutionary backdrop of the smile.

The talk concluded by discussing how full-fledged cultural rituals let human beings create actionable maps out of the territory of their environments, choosing among the near-infinite possibilities that our flexible behavioral profile allows for organizing societies, structuring relationships, and informing cognitive categories. I’ve written more in depth about ritual’s ability to structure our cognitive landscapes and values here.

My basic claim was that the formal features of ritual — including repetitiveness, stereotypy, formality, exaggeration, and goal demotion — are what enable human beings to send clear messages about ideas, such as institutional norms or agreements, that otherwise would be worryingly ambiguous, because they’re not rooted in objective, physically apparent facts. Animals use ritualization in a similar way — for example, repeatedly acting out exaggerated action sequences in order to clearly communicate that their intentions are friendly or amorous rather than aggressive. In this way, across the human and animal worlds, ritualized behavior is what extracts signal from noise, clarifying and streamlining the social environment.

You can check out the full recording of the talk below. There are some illuminating slides and attempts at funny jokes. Thanks to the TST Graduate Students’ Association for hosting the conference, to all other attendees and participants for their contributions, and to Colleen Shantz of St. Michael’s College for facilitating the connection.

November 9, 2020
The Voice of Scientific Authority Is Aghast…and Clueless
Next Post

December 31, 2020 Academia and I Have Decided to Leave Each Other
Recent Comments
0 | Leave a Comment
"I think with hindsight we have to say that Trump enabled Putin's invasion of Ukraine ..."
Barros Serrano So Long, Pax Americana
"Connor, have you perused the Biologos website yet? Biologos is an organization largely of evangelical ..."
Heather G Mashal Faith and the Evolutionary Predicament
"...give it some reasonable thought, eh? While Russia commits an ongoing war crime against Ukrainian ..."
Michel So Long, Pax Americana
"The West DID behave well toward the Soviet remnants! If you trace the interactions with ..."
Michel So Long, Pax Americana
Browse Our Archives
Related posts from Science On Religion 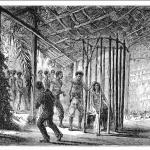