5 Things You Shouldn’t Do If Casted for The Bachelorette

5 Things You Shouldn’t Do If Casted for The Bachelorette June 1, 2016 Sean Lowe

I haven’t watched Monday night’s episode of The Bachelorette but I’ve heard it’s pretty entertaining. After reading so many tweets about guys making fools of themselves, it got me thinking about what not to do if casted on that show. Enjoy!

5 things you shouldn’t do if casted for The Bachelorette:

1) Don’t be a jackass. I really don’t get it. Guys continue to show up each season and act like complete jerks. It’s almost as if they don’t understand this stuff is broadcast across the globe. Your real life and reputation will suffer if you choose to be the villain.  What’s the point?

2) Don’t fight with dudes. So you’re competing with a bunch of other dudes for one girl, there’s bound to be friction right? Maybe. But am I the only one who thinks its a little weird when dudes start to bicker with other dudes? Instead of fighting like little kids, I’d  suggest playing it cool so that you might come across as an adult when the show airs.

3) Don’t confess your love right away. If you feel like you love the girl right away, you don’t. You probably love the idea of being with her (who’s now famous) or the thrill of competing with other guys, but I doubt you actually love her. Hold the “L” word until you actually mean it.

4) Don’t embarrass yourself. This is broad and can take many forms but it’s worth noting. Whether it’s getting hammered on camera, jumping into the pool naked, or telling racist jokes, it’s not going to end well for you. Don’t forget you still have to face the real world when it’s all over.

5) Don’t be that guy. You know the guy- the guy who can’t get along with the other guys and says, “I’m only here for the girl, so I don’t need to be friends with the guys.” That guy never comes off looking good and your time will be miserable if you isolate yourself. You’re on an all-expenses paid trip around the world with a bunch of roommates for 10 weeks- enjoy it and have fun. It’s okay to be friends with the guys who are competing for the same girl. Besides, odds say you probably won’t get the girl anyway, so why make it hard on yourself? 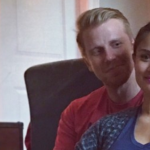 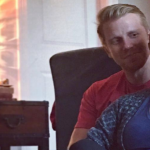 June 2, 2016 Quick Update on Catherine's Pregnancy
Recent Comments
0 | Leave a Comment
"Agreed. I would update your post. Here is a link to PetMed advising the harmful ..."
Jennie Bui McCoy A Mind Blowing Tip on Calm ..."
"I was disappointed to hear Arie’s conversation with Tia on this episode of the Bachelor. ..."
Michelle Arie: How a Cracker Barrel Waitress ..."
"I watched tonights episode of the Bachelorette Jan 29, 2018 and was concerned about Arie's ..."
Jerry Robin Finin Arie: How a Cracker Barrel Waitress ..."
"Phil 4:6 is one of my favorite Bible verses :) Having an attitude of gratitude ..."
PreciousbutRare When I bought a new car, ..."
Browse Our Archives
get the latest from
Family
Sign up for our newsletter
POPULAR AT PATHEOS Family
1

How Your Husband Feels When You're...
Ask Shaunti
Related posts from Sean Lowe

Family
Ben, here are 5 tips to stop your...
Sean Lowe 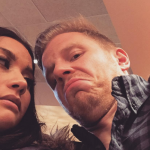