It’s about that time of year again. Time for Old Man Lowe to put on his comfy knit sweater, unwrap a Werther’s Original, and regale everyone with stories of how it was when he was the bachelor many years ago. And maybe somewhere during my geriatric ramblings, you might just pick up a pearl of wisdom along the way.

Today, I want to direct this particular message towards Nick. It’s insight that might just help you out with your new relationship (assuming you’ve proposed to someone this season). At this point, you’ve probably been engaged for roughly two months now, considering filming ended somewhere around mid to late November. If you’re anything like me or all of the other bachelors and bachelorettes who have come before you, you’ve probably realized that there’s a whole lot you don’t know about your new fiancée and melding two worlds together while working towards a happy and healthy relationship may be a little tougher than you originally thought, and hopefully you’ve reached the sobering conclusion that love is a verb, and it actually takes a lot of work.

Here’s a tip that would have helped me out and will surely help you out during this crazy time in your lives- you must make your new fiancée and her feelings your top priority. It seems pretty logical but I think it’s more challenging than you think. You’ve just come off this surreal experience of dating twenty something women at the same time while living in a fantasy world, and now you are being marketed to millions of women around the world as some sort of dream guy that any woman would be lucky to snag.

Here’s where things get tricky- you’re not living in that fantasy world anymore and despite ABC’s marketing efforts, you’re not a “bachelor” anymore either. You are just like me and millions of other men, you’re just a guy who’s promised one woman you will love her for the rest of her life. So with that in mind, always be conscious of your fiancee’s feelings. It’s a weird transition but once you propose, you’re no longer taking part in the weird social experiment that is The Bachelor. Instead, you’re in a real relationship in the real world where feelings are often hurt and relationships damaged when not respected.

Thinking back to when my season was airing, I wish I could take back a lot of things that I now know hurt Catherine’s feelings. It seemed like every TV appearance I did, I would be asked to take off my shirt (that whole shirtless bachelor thing) to get a reaction from the female audience. Thinking it was fun and silly at the time, I wish I had realized it wasn’t healthy for my relationship. I was constantly asked to talk about feelings I may have had with other women, makeouts that may have occurred on the show and a number of other things that aren’t real pleasant for woman to have to listen to about her new fiancée. I wish I had answered those questions with Catherine’s feelings as my primary concern. I realize obviously that you have to discuss the show and your feelings while making your media rounds, and your fiancée probably understands that some of the unpleasantness comes with the territory, but be careful. Despite the proposal taking place on a TV show somewhere in Fantasy Land, your number one job is to love and protect your woman.

Remember, this season of your life will soon be over- the spotlight will fade and it will just be the two of you. Make the right decisions today to set you up for success in the future. Trust me, there’s nothing better in this world than sharing your life and starting a family with the one you love. 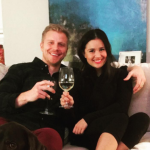 January 17, 2017
I tweeted last night's episode of The Bachelor so you didn't have to - you're welcome
Next Post 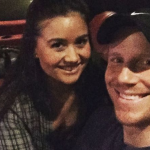 January 19, 2017 Your response to my advice for the Bachelor Nick Viall caused me to write this simple thank you
Recent Comments
0 | Leave a Comment
"Their son will only disturbing his mother's plan 😁😂"
Jakub Rejzek Flasher seen in local park…
"Yah, I became a mom 4 months ago 🤣f.JINGMEN.INFO/oc6113F"
Velessein Rose 5 Photos of My Little Family
"This is a different series not Happy Ending..r.657HW.US/h6113b"
Yeahitsme That time we skipped church and ..."
"I don't have discord yet , sowwieee(｡•́︿•̀｡)"
FashionableForestDweller Flasher seen in local park…
Browse Our Archives
Related posts from Sean Lowe