My thoughts on competing on DWTS after Bachelor

My thoughts on competing on DWTS after Bachelor March 2, 2017 Sean Lowe

Yesterday, Nick Viall was announced as one of the next cast members on the new season of Dancing with the Stars. Following that announcement, I couldn’t help but notice Twitter had some hot takes on his decision to join the cast, as well as Bachelor creator and executive producer Mike Fleiss’s decision to allow him to join considering he did not allow Kaitlyn Bristowe to participate a few seasons ago following her stint as The Bachelorette. Today, I thought I’d weigh in on the subject and give you my opinion (which isn’t worth much) considering I too made the decision to don the sequin shirts and tight pants.

First, let me say that I can’t criticize Nick at all for making the decision to dance considering I made the same choice a few years ago. At the time, I could not believe they’d even want me on that show. Even though I had just come off The Bachelor and I was appearing on every talk show imaginable, I still saw myself as a normal guy from Dallas. I certainly didn’t think I had the notoriety to be featured as a “star” on DWTS. So with that said, I viewed the opportunity as a once in a lifetime thing that I would be able to tell my kids and grandkids about. In other words, I knew whatever fame I may have had was fleeting and I was going to take full advantage of what seemed like a fun opportunity. Also, for me- the average guy, the money offered to take part in a silly dance competition was just ridiculous. There was no way I was going to pass up the chance to earn up to $250,000 (That’s approximately what the winner gets. I didn’t make that and found out pretty quickly my rhythmically challenged white genes weren’t going to get it done). But that was what it boiled down to: DWTS was a once in a lifetime opportunity that paid an average joe like me more money than I thought I was worth.

You may have noticed something missing from my thought process when agreeing to dance. Yep, didn’t really consider my new fiancee’s feelings in the whole matter. When I think back on it, I feel like I was in a fog of sorts. I think taking part in The Bachelor — dating 25 women at once, traveling the world, having people take care of my every need and not living in reality — really messed up my perspective on things. I feel like looking back at it now, I was definitely selfish in my decision.  I didn’t realize it. Why would I? For the past several months it was all about me.

Why would that suddenly change?

Well, for starters, I was not the bachelor anymore. And oh yeah, I also had committed my life to Catherine who probably had an opinion on the matter. Plus, I should’ve dedicated myself to loving her better and preparing us for our future life together.

If you’ve read my book For the Right Reasons: America’s Favorite Bachelor on Faith, Love, Marriage, and Why Nice Guys Finish First or read any of my blog posts on the matter, you know that Dancing with the Stars wasn’t the easiest thing on our relationship. In fact, it’s amazing our relationship survived it.

Just think about: I was newly engaged to a person I’d only known for a few months whom I met on a reality television show.  Want to really increase the odds of failure?  How about moving to Hollywood and not spending much time with her over the course of nearly three months?  It isn’t exactly a recipe for success. Catherine and I aren’t the only people who’ve experienced the negative affects of Bachelor followed by DWTS. Trust me, we’ve heard from everyone.  Nobody comes out unscathed.

Just for the record, let me clarify that the problem does not lie with DWTS. My partner Peta (also Nick’s partner) was great, as was the whole production staff and other cast members. The problem boils down to this:

1. The circumstances surrounding the nature of the relationship formed on The Bachelor

2. Followed by the immediate time commitments of DWTS.

I might also add that there’s not much carry over in terms of fan support from The Bachelor to DWTS. I found out pretty quickly that Bachelor fans wanted me to live happily ever after in the real world with Catherine and they weren’t so stoked to see me take part in another reality show. Yesterday I noticed several tweets telling Nick to get a real job and calling him a fame whore and such.  It brought back some memories.

Lastly, I want to talk about Mike Fleiss’s decision to not let Kaitlyn dance but letting Nick dance. Given my experience, I thought Mike was making the right move in stopping Bachelors and Bachelorettes from dancing. It doesn’t benefits his show and is toxic to new relationships: the odds of maintaining a healthy relationship during that time are pretty slim.  With that said, if guys can dance, I certainly think the women should be afforded the same opportunity.

Alright, I think I’m done rambling today. I truly hope Nick dedicates his life to his new fiancee and doesn’t take this lightly. Love takes work and that’s something The Bachelor really can’t teach over those thirteen, glamorous weeks of hot tubs, wine, and candlelit dinners. 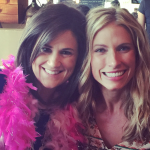 February 28, 2017
My sister's tribute to her friend, a beautiful perspective about life and death
Next Post 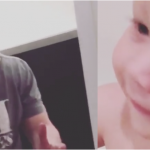 March 6, 2017 Adventures of towel man (my favorite part is how he looks at Catherine for an explanation)
Recent Comments
0 | Leave a Comment
Browse Our Archives
get the latest from
Family
Sign up for our newsletter
POPULAR AT PATHEOS Family
1