For all of the great advances women, in particular, have experienced thanks to the Women’s Movement, one of the consequences, intended or unintended, is the confusion between “equal” and “sameness,” or the misunderstanding of differentness. Understandably, because girls and women were so far behind in the 60’s and 70’s, it was important to stress that girls and women were not only equal to boys and men, but that they could also do anything boys and men can do. Equal, however, came to mean “the same.” Any differences between boys and girls, men and women, were downplayed, ignored, or denied.

In the 1980s and 1990s, this began to play itself out in the androgynization of boys and girls—i.e., trying to make them the same. What were seen as stereotypical male traits—aggression, hyperactivity, antsy-ness, fighting, etc.—were written off as bad. Many tried to remove gender stereotypes by attempting to get boys to play with dolls rather than guns and by telling stories that were more relationship-oriented than action-oriented. The primary images of young men in magazines were of the soft, effeminate, chest-shaved model. In other words, making boys and girls “equal” all too often means making boys more like girls. 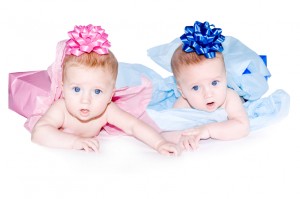 The “de-stereotyping” or feminizing of children continues today. In 2011, a story ran about a school in Sweden that refuses to use any gender-based language with the students. No more he or she, him or her. No longer referred to as “boys” or “girls,” the children are introduced as “friends.” Colors and toys are chosen so as not to promote stereotypes. A Canadian couple made the decision that they would not disclose the gender of their newborn baby. They didn’t want anyone treating the child in a gender-biased or stereotyped manner.

Pastors even use Scripture to back up the equality=sameness mantra, quoting Paul’s verse that in Christ there is neither male nor female…”  (Galatians 3:28).

This theologically rich passage offers far more than this post can unpack. But consider these two over-arching observations:

Those called to pour themselves into boys will want to hold both of these truths in equal tension. Emphasizing one over the other results in the following tyranny of sameness:

(By the way: Galatians 3:28 is not a gender verse, i.e., that there is no physical, emotional, and mental difference between males and females—this is an inclusion verse.  A Jew doesn’t lose her Jewish-ness nor does a Greek lose his Greek-ness nor does a male lose his male-ness or a female her female-ness in Christ.  They are different but equal before Christ.)

(Adapted from Searching for Tom Sawyer: How Parents and Congregations Can Stop the Exodus of Boys from Church, WestBow Press)

September 16, 2013 The 50 "Boy-less" White House Years (And Why They Might Matter to 21st Century Boys)
Recent Comments
0 | Leave a Comment
"This is a fascinating idea. Having raised boys and a girl, I can promise you ..."
ckahrl It’s Been 50 Years Since a ..."
"Um, Jesus is already famous. This reminds me of the whole "Good News" Christian trope. ..."
Adam King The Purpose of Boys: A Podcast ..."
"So Jesus needs our help in the Name Recognition area? Really???? If he did, he ..."
Jezebel'sOlderSister The Purpose of Boys: A Podcast ..."
"Apparently men also make unevidenced generalizations based on outdated stereotypes."
Adam King Bathrooms, Male Stereotypes, and Granddaughters
Browse Our Archives
Related posts from Searching for Tom Sawyer