The Emasculation of Boyhood

It’s tough being a boy these days.

Just ask 6-year-old Hunter Yelton who was suspended from school for sexual harassment; i.e., he kissed a girl on her hand. 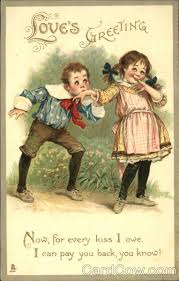 Just ask 10-year-old Johnny Jones who was suspended from school and threatened with expulsion for “firearms related issues;” i.e., he pretended he was shooting a bow and arrow.

Just ask 8-year-old Jordan Bennett who was suspended from school for using his finger to simulate a gun while playing cops and robbers with a friend.

Just ask James McGee, a first grader who was suspended from school—for talking about a toy nerf gun his family bought while on vacation.  The girl who reported him said that she felt her “health and safety” were being threatened!  (Where did a first grade girl come up with that?)

Just ask 7-year-old Alex Evans who was playing an imaginary game of save the world during recess at school.  He threw an imaginary grenade into a box, presumably to save the world, only to be suspended from school for an undisclosed period of time. “I was trying to save people and I just can’t believe I got dispended,” said Alex Evans, the little boy, who can’t even pronounce his punishment, let alone understand why it happened.

Just ask the boys in some New York schools, schools which have banned all use of balls and games of tag (this affects girls, too).

Think for a moment about what this is teaching our boys (and remember how young each of these boys is—life lessons have no nuance at this age):

*That any show of physical affection or flirting or romance is sexual harassment.

*That the God-created call to save the world is bad and must be punished.

(Author Michael Thompson reminds us that when boys engage in imaginary fighting—shooting guns, arrows, lobbing grenades, etc.—that they are not acting out violence but rather a moral story about good vs evil—and their desire to conquer evil.  He further reminds us that just as most girls who pretend to be Disney Princesses don’t grow up to be Disney Princesses, most boys who engage in imaginary battles don’t grow up to be violent.  The recent shooting stories that horrify all of us have their roots not in make believe gun play as boys but in a variety of social, emotional, and psychological problems.)

*That any kind of physical exertion is dangerous and must be avoided at all costs.

In essence, we are robbing boys of boyhood—of an important developmental stage where they discover what it means to be a boy and how to interact in the world.  Rather than training, modeling, coaching, and forging manhood, we punish it from an early age.  We are effectively emasculating our boys by emasculating boyhood.

The quest to create a generation of passive males rolls on…

Anyone want to change that storyline?

December 23, 2013 From the Marlboro Man to Pajama Boy: The "Evolution" of Manhood?
Recent Comments
14 Comments | Leave a Comment
"This is a fascinating idea. Having raised boys and a girl, I can promise you ..."
ckahrl It’s Been 50 Years Since a ..."
"Um, Jesus is already famous. This reminds me of the whole "Good News" Christian trope. ..."
Adam King The Purpose of Boys: A Podcast ..."
"So Jesus needs our help in the Name Recognition area? Really???? If he did, he ..."
Jezebel'sOlderSister The Purpose of Boys: A Podcast ..."
"Apparently men also make unevidenced generalizations based on outdated stereotypes."
Adam King Bathrooms, Male Stereotypes, and Granddaughters
Browse Our Archives
Related posts from Searching for Tom Sawyer