The Pantheists: Nature is God 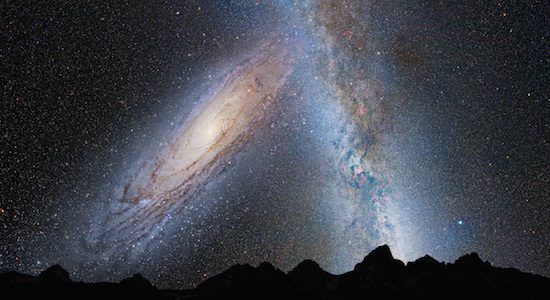 Part of an ongoing series on The Unpigeonholeables

Pantheism, which means “all-God,” is the view that the universe and God are one and the same. Any reverence or worship is directed not to a god in human form, or in any form at all, but to the whole of the cosmos, and spirituality is centered not on a traditional deity but on nature.

The atheist philosopher Daniel Dennett said, “Is something sacred? Yes, say I with Nietzsche. I could not pray to it, but I can stand in affirmation of its magnificence. This world is sacred.” Though I doubt Dennett would call himself a pantheist, his quote touches on this nontraditional worldview, one that found a name in the late 17th century.

As with agnosticism and other labels, the practice predated the term by thousands of years. Many thinkers in ancient Greece, China, and India expressed conceptions of God that today would be called pantheistic. Christian church leaders considered pantheism heretical during the medieval period, and then it was revived and gained its name in the run-up to the Enlightenment.

Though the philosopher Baruch Spinoza held strongly pantheistic views, it was an especially popular worldview for poets and other romantics of the 18th and 19th centuries, including Walt Whitman, Ralph Waldo Emerson, Henry David Thoreau, and William Wordsworth. Like all good unorthodoxies, pantheism drew a sound papal spanking, this time from Pius IX’s 1864 Syllabus of Errors. In fact, “pantheism” had the distinction of being the very first word in the papal document — a résumé-brightener for any heresy.

Albert Einstein often made statements that suggest a kind of pantheistic belief: “I believe in Spinoza’s God, who reveals himself in the harmony of all that exists, not in a God who concerns himself with the fate and the doings of mankind,” for example, and “I do not believe in a personal God . . . If something is in me which can be called religious, then it is the unbounded admiration for the structure of the world so far as our science can reveal it.” Yet Einstein disclaimed pantheism as a label in another letter, saying, “I don’t think I can call myself a pantheist.” And despite his occasional use of the word “God” (for example, “God doesn’t play dice with the universe”), he also made it clear that he didn’t believe in the existence of any kind of traditional, personal God.

As for atheism, Einstein was adamant in rejecting what he saw as a declaration of certainty that God doesn’t exist, and especially rejected “fanatical atheists” who combat religious belief.

In the end, though he is claimed by all sides (for obvious reasons), and despite an ongoing flirtation with pantheism, Einstein preferred what he called an “attitude of humility,” saying, “You may call me an agnostic.”

Excerpt from Atheism for Dummies by Dale McGowan (Wiley, 2013)

October 9, 2015
Deists: Believers in a different kind of creator
Next Post

October 18, 2015 Why Atheism Is a Bad Time-Traveler
Browse Our Archives
Related posts from The Secular Spectrum