On Religion and Human Need 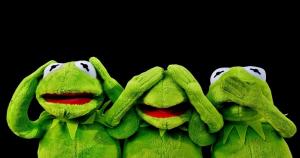 What do people need?

It’s a serious question. Apart from food, water and sleep, what do humans really need in order to be complete and satisfied? Surprisingly, nearly everybody on earth has a similar answer. The difference lies in how honest we are with ourselves about the nature of those needs, what we’re willing to do to make sure they’re met and whether we’ll ever figure out how primitive most of our needs really are.

Remember learning about Maslow’s Hierarchy? Many of our needs are benign. We hunger. We slake our thirst. But there are some needs in particular that have nothing to do with the survival of the body and everything to do with the soundness of the mind. There are a specific few of these needs that can be easily fed and perpetuated by religion.

It’s understandable that many individuals turn to the community that religion offers to attempt to fulfill these needs. And in fact, it is worth sympathizing with — who doesn’t want answers, hope, support? But when utilized abusively — and make no mistake, it often is — religion takes advantage of natural human tendencies in order to achieve outcomes truly unproductive to the human condition.

We can’t seem to abide ambiguity. We like neat, tidy answers. The problem is, some of us are better at handling uncertainty than others.

For a while, the religious explanation for painful childbirths was a satisfying one. It made sense to most people that God was punishing women for “Original Sin” by making childbirth painful for mothers. We know now it’s because our bodies weren’t designed — they were imperfectly developed from even less sophisticated forms. We used to attribute the rising and setting sun, the ebb and flow of the tides, and the success or failure of crops, to the whims of multiple gods.

Scientific inquiry has taught us a lot about how the universe works. There’s an astonishing amount of work still to do. It’ll likely never be finished. But it requires a thirst for knowledge — real knowledge. It requires us to admit we don’t have all the answers and move forward from there. While it’s true that religion can provide comfort for many about the uncertainties of the universe, it is not a long-term answer. Choosing to answer our need to know with “it’s God’s plan” deters us from real scientific progress.

Even more powerful than the human need to “know” is our desperation to be on the “winning team” and to hold the “winning hand.”

Conveniently, the existence of God cannot be proved or disproved. Science encourages humility by saying “I don’t know” and then providing structured processes by which we can test our theories. But since there is no material evidence for God, His presence isn’t a theory and cannot be tested. God is an opinion — not a theory.

Germ theory is “just” a theory. But no evidence has yet contradicted it, so nearly everybody — apart from “faith healers” — assumes it is a reliable fact. We do the same with Gravity and Relativity. We have found ways to test for, and observe, these forces in our world.

But you can’t test for God. Not really. And so, while there’s nothing inherently wrong with wanting to believe in these deities, it can become the ultimate expression of arrogance and narcissism to say you know. We don’t know the truth about many things in life, and yet we think we have to be right. It’s in our nature.

Being wrong, though — or at least entertaining the notion that you might be wrong — is perhaps one of the most freeing and humbling conclusions a person will come to in their lifetime.

It’s often not enough that one human being succeeds. We need others to fail, too. And it’s not enough to be in charge or to be correct — we need to punish those who slowed us down on the way to our goal, or who insist on thinking differently. For all their promises of a better tomorrow, most of the mainstream religions still explicitly or tacitly encourage the punishment — or at least the social ostracization — of infidels and unbelievers.

This solves nothing. Returning one type of harm with another is one of the most primitive impulses human beings still practice. And revenge is never a finished task. Holy wars are never over. These things merely punish those on the receiving end of vengeance and torment those dispensing it.

Vanity isn’t one sin, but an entire family of sins. If it seems like civilization is collapsing under its own weight, it’s probably because we’ve drowned ourselves in ways to express and flaunt even minor wealth, replace our personalities with bumper stickers, hats, guns and other products to buy, and trade communion and social cohesion for membership in clubs and parties and secret societies.

Attending church and believing in a God together stokes the parts of the human psyche that crave fitting in and being seen. If you tell many practicing Christians you don’t believe in God, you can often almost watch their minds fail to compute. Why would you do that to yourself? they seem to want to ask. Don’t you know you’re standing on the wrong side of the glass?

And when they’re not looking on us with confusion, they often dispense pity or mistrust instead. If we’re not a part of the Flock, then we must be broken and lost. Why would we dare to stand apart? Don’t we want to be seen living a sanctified life? Most of the enemies of “centralized authority” — evangelicals, conservatives, etc. — unironically preach existential uniformism and cosmic authoritarianism.

Passing judgment on another human being isn’t the same thing as pursuing justice or revenge. If anything, this kind of casual judgment is even uglier. It’s a private little coal furnace that we stoke with unresolved self-hatred.

Acceptance of others isn’t the same thing as fatalism. It’s not even the same thing as “tolerance.” Passing judgment means reveling in the belief that we’re better than somebody else on some fundamental level. The effect is even more horrible when such a person has already convinced themselves they can bend the ear of God whenever they want to. How could such a person not see themselves as the de-facto arbiter for justice on planet Earth?

Is the Dollar crushing the Renminbi satisfactorily? How’s your city’s team doing this year? Who got to the moon first? Who’s got the biggest telephone? And bank account? And SUV? How many small businesses did your corporation destroy this year?

Keeping score is one of the most human things we do. And we keep coming up with even stupider ways to tabulate our winnings, like golden iPhones and private space travel while half the world goes hungry. We even try to “win” against our significant others and other family members. Some of us practically salivate over disinviting somebody to Thanksgiving Dinner.

Religion has always been, by design, deeply adversarial. It got even worse when monotheism caught on. Instead of a stable of household gods — where there’s seemingly no right or wrong answer when it comes to whom to pray to — we’ve got just one. And you’re either on His team or you’re the Enemy. It makes figuring out who’s “winning” nice and easy.

There’s no deeper well of human suffering than our innate (God-given?) need to dominate and control. There’s also no greater source of anger than when that control slips through our fingers.

We all think we’re in control of life. Until a careless driver sends us careening off the road and into a hospital. Until a treasured loved one dies. Until it becomes obvious that we have no control over, or stake in, the workings of our country and its government.

Religion fulfills our desire to be in control by simultaneously removing control over our own lives and then indoctrinating us to the idea that our religion, our chosen answer to life, is the only valid one. It’s disingenuous and antisocial in nature. Consensus-building and compassion are our best route to stability and prosperity — not domination.

Science is getting better and better at understanding the things that truly unite the human condition — including our host of distracting and inconvenient psychological needs. There are shortcuts available, but they’re not shortcuts to real understanding. And in this writer’s opinion, religion will only ever deliver to us temporary and ultimately meaningless closure for open questions — and open wounds. 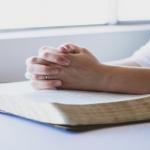 October 25, 2018
Religion Has Absolutely No Place in a Non-Religious Workplace
Next Post 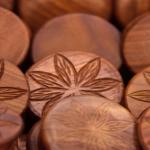 November 9, 2018 Christians Are Divided on the Legalization of Cannabis. Why?
Browse Our Archives
get the latest from
The Secular Spectrum
Sign up for our newsletter
POPULAR AT PATHEOS Nonreligious
1