Religion Has Absolutely No Place in a Non-Religious Workplace 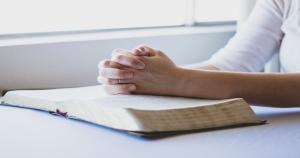 Belief in magic might be the very last taboo left on earth. In fact, it’s so universal that most people who study such things will tell you we’re probably vastly underestimating the number of people in the world who don’t identify with any particular religion. You are a believer until you prove otherwise. Until you out yourself. Thankfully, the price for outing yourself as a non-believer isn’t as steep in America as it is elsewhere in the world.

The point is, there are persecuted people in the world — but Christian Americans are not among them. And yet, many Christian Americans either don’t care or aren’t aware that many of their leaders and their ethos continue to condone and defend just about every form of major and minor bullying.

I recently had a friend experience this kind of bullying, so I feel the need to get on my soapbox about the topic of religion and the workplace for a hot second. There are lessons worth taking from the pages of world religions. Unfortunately, there are also many places in America — the family dinner table and the workplace, to name two big ones — where religion itself is still used as a weapon.

What Does the Law Say About Religion in the Workplace?

There are, of course, several ways in which a fair interpretation of standing law might result in a religious persecution ruling against an employer.

The first is if the employee feels their ability to practice their religion is being impinged upon. Employers are required by law to make a reasonable effort to accommodate people of all faiths, so long as doing so doesn’t create “undue hardship” for the business. A financial burden, in other words. Examples include “required” days off for holy observances and clashes with company dress codes. In some cases, restrictions of religious garb are made in the name of safety.

Title VII of the Civil Rights Act says employees cannot fire or discriminate against employees due to disagreements over religion. And, of course, the U.S. Constitution’s first amendment explicitly provides for freedom of worship.

It’s fairly cut and dried: religion is quite clearly not intended to be a cultural “pillar” in the workplace. That’s not to say religion is being “removed” from the workplace or that employees cannot discuss it civilly among themselves. But in no way is it meant to be a litmus test for somebody’s employment fitness.

In 2015, a supreme court case in the U.S. provided a reminder to both believers and critics of religion. After being turned down for a job after an otherwise successful interview, Samantha Elauf, whose religion involves wearing a head scarf, found her telephone wasn’t ringing. She made some calls — and she discovered that her head scarf was the reason she hadn’t gotten the job. More specifically: because it “clashed” with the retailer’s dress code. One might’ve expected a clothing store proprietor could’ve thought outside the box and arrived at a different solution.

But they didn’t, and the case eventually made it to the supreme court — after Abercrombie first won an appeal of the original ruling. SCOTUS came to the correct conclusion that the employer was wrong to refuse to hire Samantha Elauf on these grounds. They also reminded businesses everywhere of the importance of being specific about how you intend to account for, or accommodate, people of all religions — including any reasonable grounds you have for denying the use of religious garb.

But why and how did Abercrombie & Fitch win that appeal in the meantime, before SCOTUS got involved? By arguing that Ms. Elauf should have been clear and up-front about her need to wear a head scarf at work. This is almost certainly disingenuous — the rest of the case seems to confirm that the reason Ms. Elauf didn’t continue past the orientation phase of her employment wasn’t because she wasn’t polite enough. In other cases, the employer was able to demonstrate that they had grounds apart from religion that swayed their hiring (or firing) decision. That wasn’t the case here.

The point of discussing all of this is to remind both “sides” in this, one of the greatest of debates, that there is always going to be friction in public places when it comes to the worship of one god over another. In fact, it happens so regularly that we clearly need to remind ourselves all over again that monotheism (versus plural deities) was probably designed in the first place to encourage rivalry and infighting. We’re letting it do ugly work when we fail to hold the door open for somebody — literally or figuratively — because they wear slightly different garb than we do and it might “clash” with the corporate logo.

It is also unreasonable, no matter how powerful the magic you believe in, to turn away happily paying customers because their lifestyle is not compatible with the one you read about in your holy book. In 1993, the U.S. passed the Religious Freedom Restoration Act — which served as ammunition for those bigoted bakers in the now-infamous “gay wedding cake” fiasco.

The zealous bakers won, proving that even self-destructive religious freedom is protected in this country. And maybe they’ve also made an important point about the autonomy that privately-owned businesses tend to enjoy. But this victory also proved that you must “out yourself” as small-minded and petty anytime you have to retreat behind the State to enforce your god’s will. We’ll happily defend, with our laws, prayers prayed to gods of peace and love. But if intolerance is His message, we’ll find ways to drown Him out.

There are, of course, other ways — beyond legal entanglements and SCOTUS cases — that religious intolerance can make itself known in the workplace. This one, too, cuts both ways.

All of us are guilty, one way or another, of judging other people for what they believe in or don’t believe in. Whatever kind of preaching you like to do, just know that it’s like showing people slideshows of metaphysical vacation photos when they don’t want to see them. We weren’t there. We can’t relate. If you inherited religion from your family, you have to want to sustain it, or you have to want to let it go. And if you don’t believe in religion at all, that’s great. But don’t give in to arrogance just because you’re more comfortable saying “I know” or “I don’t know” than somebody else.

And both of you: knock off the preaching in the workplace. Better yet: practice what you preach instead. Live the values you claim to serve — which means living in peace. With every new supreme court flashpoint, the “battle” over god in the workplace seems more rote and perfunctory than ever. Every time, there are fewer people in mainstream society who still have a stomach for bullies and cosmic authoritarians. 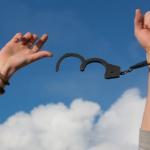 October 3, 2018
Why Does Religion Help Addiction Recovery and How Can Secular Recovering Addicts Replicate That?
Next Post 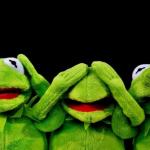 October 29, 2018 On Religion and Human Need
Browse Our Archives
Related posts from The Secular Spectrum