Understanding Cultures of Unbelief for Religious

In the last part of May 2019, an unlikely gathering took place at the Pontifical Gregorian University in Rome, sponsored by the Pontifical Commission for Culture at the Vatican, entitled Cultures of Unbelief. This unique gathering of religious and nonreligious comes about fifty years after the first conference held at the Vatican, March 27, 1969 with the title, Culture of Unbelief. There Pope Paul VI stated:

“Thus it comes about that we must recognize many aspects and many motives of non-belief; that we must receive the many objections which non-belief proposes to us; that we must respect the scientific contributions which it makes to the study of the religious problem, with arguments drawn from unquestionable sciences such as psychology and sociology; that we must admit the difficulties raised today by the pedagogic-social context, particularly in young minds engaged in scientific studies; and in the employment of sensitive knowledge, in preference to speculative knowledge, when dealing with the traditional religious mentality.”

In 1969 seismic shifts were already being felt in the religious landscape that reverberate in the most extraordinary ways today through diminished religious institutions and growing communities of disaffiliation and new spiritualities. The Nonreligious and Secularity Research Network was founded in 2008 to centralize research nonreligiosity ad secularity and to facilitate discussion in this. The Culture of Unbelief: 50 Years On thus reflected on this event and brought together two panels to discuss what we have learned over the last 50 years, and what we can expect to see in the future. Panelists included Fr. Dariusz Kowalczyk, Dr Lois Lee, Dr Victoria Smolkin, Prof. Roberto Cipriani, Prof. Stephen Bullivant, Prof. Lori Beaman, Bishop Paul Tighe and Humanist organizer Andrew Copson.

Across Thinking and Cultures

Dr. Jon Lanman presented findings in unbelief core research conducted in Brazil, China, Denmark, Japan, the United Kingdom and the USA. He report shows how: “Unbelief in God doesn’t necessarily entail unbelief in other supernatural phenomena. Atheists and (less so) agnostics exhibit lower levels of supernatural belief than do the wider populations. However, only minorities of atheists or agnostics in each of our countries appear to be thoroughgoing naturalists.” (Bullivant, Farias, Lanman and Lee, 2019: 3)

The interim findings also showed how on the whole, there were as many similarities as differences between unbelievers and the general population when it came to what is important and what gives meaning in the world, with ‘family’ and ‘freedom’ being the top ranked by both atheists and agnostics, as well as the general population.

Dr. Lori Beaman argued that “reclaiming enchantment” as a means of rethinking human and nonhuman living organisms as a way to approach global climate change. What is necessary is to enlarge our sense of enchantment to include “immanent enchantment” and “nonreligious frequencies aside from religious interpretations, and that these are vital to saving the planet. Further I would say that this common ground where religious and the nonreligious stand together provides us fodder for a religio-secular vision in the healing of our planet. Enchantment does not have to mean the same things to both of us, but it’s power is perhaps the only thing to propel us to the future together.

The Challenge for Religious

We who hold religious worldviews need to listen deeply to our friends who hold unbelief as a way of understanding themselves and the cosmos around us. We need to understand others, not through the binary of religious and nonreligious, theist and atheist, but in each of our desire and capacity to embrace complexity and diversity. Theists and Atheists, and the great diversity that implies needs to stop and listen deeply to one another for resonances of truth that bind us all.

Our country today seems roiled and fragmented over our inability to embrace the pluralism we truly are. To be nonreligious is not to be “antireligious” necessarily, and to be religious is not to be “anti-secular”,  although there are sadly experiences of both. Anymore than to be Muslim is to be a non-Christian, and to be Christian also means being non-Muslim. Our differences are not threats to our identity, but opportunities for a different future we all can embrace. Neither implies a stumbling block to either’s identity, but an opportunity to deepen all of our ways of understanding ourselves and each other in our collective action to flourish on this planet. The first conference with the Catholic Church is an encouragement for Catholics and others to continue to deeply listen to each other.

Many thanks to NSRN Deputy Editors Joanna Malone and Jacqui Frost report on findings from the 2019 Cultures of Unbelief conference in Rome.

FR. CARL CHUDY is a Catholic priest and member of an international Catholic religious order, the Xaverian Missionaries USA, who are very involved in interfaith and intercultural dialogue. He holds a Masters in Divinity from Catholic Theological Union in Chicago with a cross-cultural specialization, a Masters of Arts in Transformative Leadership & Spirituality from Hartford Seminary, and is presently a candidate for the Doctor of Ministry program at Hartford Seminary that focuses on religious and nonreligious engagement. He has worked with some local and national interfaith and secular associations, including Humanist International, the Yale Humanist Community, American Humanist Association, The British Humanist Association, and The Humanist Society Scotland. 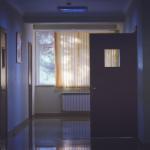 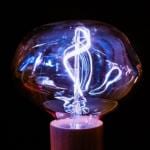 September 6, 2019 On Cognitive Dissonance and the Thought Patterns Behind Science Denial
Recent Comments
0 | Leave a Comment
Browse Our Archives
Related posts from The Secular Spectrum