On Cognitive Dissonance and the Thought Patterns Behind Science Denial 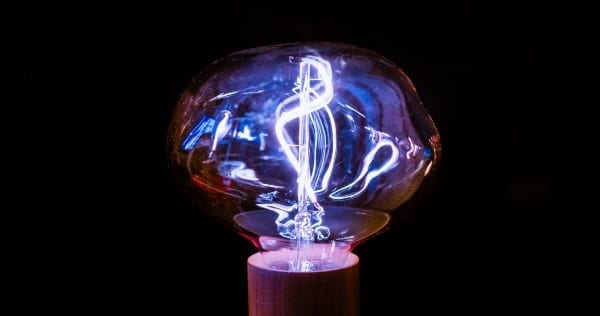 Did you know that the moon is hollow? In reality, it isn’t a natural satellite of the earth, but an artificially-created alien space station where critters from galaxies far, far away observe our behavior as if we were their ant farm.

Of course, this hypothesis sounds radical, and ample scientific evidence to the contrary exists. However, don’t tell that to the conspiracy theorists. While some deny science in an attempt to make a buck off kooky theories, many honestly believe that vaccines cause more diseases than they prevent or that the earth is flat. Why do some people deny science? And is there anything we can do to convince them of the validity of the scientific process?

What Is Cognitive Dissonance?

All human beings create a schema in their minds. Your schema serves as a framework for your thoughts and belief systems. It helps you make sense of events in your life in a meaningful manner.

Schemas, all in all, are positive. However, when something challenges the careful system of the organization we created in our minds, we experience discomfort. We are creatures of habit, and when something we learn doesn’t vibe with the way we understand the world, we instinctively seek to explain the new information away instead of integrating it into our existing belief system.

However, human beings also possess the ability to reason. You would think that people would recognize, “Hey, I may be experiencing cognitive dissonance! Maybe I should do some more research to support my ideas.” Instead, many people cling to their existing belief system — even if doing so causes harm.

You don’t need to look further than your local news station to see the impact science denial has on the planet. As you read this, the Bahamas reel from Hurricane Dorian, a Category 5-level storm. Scientists know the oceans store 90 percent of the heat from carbon emissions, resulting in more powerful hurricanes.

Cognitive dissonance is so strong that you even do see it at play in the scientific field as well. For example, a common problem in medical science is whether to spend time and resources pursuing the exploration of new devices and treatments that may or may not work. Even in the medical field, there are people who push back against change due to fear, and the trailblazers on those teams must sometimes work very hard just to get their ideas heard.

Even your daily decisions reflect elements of science denial. For example, 14 percent of Americans still smoke tobacco despite overwhelming evidence the habit hastens their demise. Many people know human demand for beef leads to rainforest deforestation, but they hit the drive-thru for lunch nevertheless (doing their cardiovascular system little good in the bargain — a fact science has also proven).

How Does Religion Fall into This Trap?

Many new parents follow the rituals their parents taught them and take their children to worship each week. However, few give pause to consider the juxtaposition inherent between science and religion.

This isn’t to say there isn’t anything worthwhile to take from religion. Schools do little, for example, to teach compassion and empathy, while some faith-based institutions make doing so their hallmark. However, the problem arises when religion teaches children to disavow science in favor of blind worship.

Followers are often expected to believe a lot of things that just don’t line up with science. For example, while every baby ever born came from a mother’s body, some children are indoctrinated to believe females came from a prehistoric rib bone. Ignoring the misogyny inherent in such a world view for a moment, what do children do when they take biology and learn about the birds and bees?

Some children integrate conflicting beliefs by dreaming up new mythology. Sure, today babies are born when a man and a woman have intercourse and the sperm fertilizes the egg. But back in the Biblical day, things were different. Or they compartmentalize — I believe this part of my religion and this part of science. Others deny science altogether. This proves problematic when religious beliefs drive public policy.

You can see this in the wave of fetal heartbeat bills in many states. Science tells us fetal nervous systems do not develop sufficiently to experience pain until the third trimester of pregnancy — doctors don’t see brain waves indicating fetal awareness until week 30. The woman, however, has a fully developed nervous system capable of feeling not only physical pain but also emotional distress. The result? In a nation that lacks single-payer health care, many women whose bodies cannot endure the physical rigors of pregnancy suffer permanent disability and agonizing pain for which they can find little relief.

Reconciling the Conflict and Trusting Science

How can you convince a science denier to change their ways? After all, even some people who survived the recent hurricanes continue to deny the reality of climate change. Is there any way to convince people to care?

One way you can change minds is by planting seeds. You don’t have to beat people over the head with the truth. State your beliefs affirmatively, present your evidence, then walk away. Pass on getting dragged into arguments — people often actually like an opportunity to go into defense mode, and this allows deniers to cement their opposition.

Try to connect through the values you already share. For example, if you practice a vegan lifestyle, you may think you have nothing in common with hunters. But if you share a love of the great outdoors, you can use that as a starting point for sharing sustainable behaviors that can protect the planet we share — all under the umbrella of keeping their favorite hunting grounds pristine and fish and game safe for consumption.

If you hold a position of authority, use this platform to gently encourage people to take action. For example, if you’re a teacher, you may have less liberty in what you say if you work for a public school, but you can model positive behaviors to your charges. And regardless of the subject you teach, you can emphasize the importance of the scientific method in uncovering the truth.

You don’t need to give up all of your beliefs to embrace the reality of science. You do, however, need to recognize that simply believing in a thing doesn’t make it true. When it comes to public policy, a nation founded on the principle of freedom does well to base decisions on facts, not faith.

July 13, 2019
Understanding Cultures of Unbelief for Religious
Next Post

January 15, 2020 Re-imagining our Common Bond with the Cosmos
Recent Comments
0 | Leave a Comment
Browse Our Archives
Related posts from The Secular Spectrum