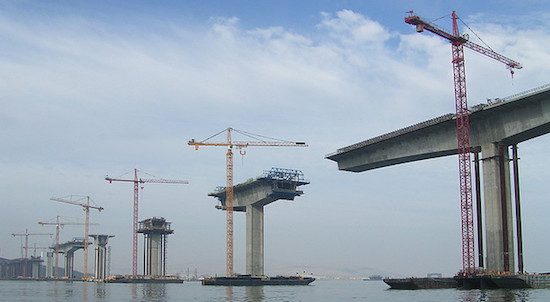 I can’t tell you the relief I feel everyday when I wake up and realize that I still don’t have a holy text that I need to adhere to.  When I was a Christian, I had such a hard time reconciling my personal values with the Bible.  Was homosexuality a sin?  Would people I love actually go to hell simply for not believing in Jesus?  Are Paul’s letters on par with the teachings of Jesus?  And if not, do I actually need to listen to what he says?

Now, as an atheist, these questions have much easier answers.  Homosexuality is not a sin, hell does not exist, and I’ll happily discuss Paul strictly within an academic context.

Many people of faith don’t have the luxury of this level of freedom from doctrines.  If one is a religious adherent, simply disregarding particularities within a central text is not generally accepted.  How many key doctrinal components can a person of faith discard while remaining part of a faith?  For example, if a Christian doesn’t believe in a literal resurrection of Christ’s body, could he call himself a Christian?  If a Muslim doesn’t believe in angels or the Prophet Muhammad’s illiteracy, can she call herself a Muslim?

Some might say this borders on the “No True Scotsman” fallacy.  What is a “real Christian” or a “real Muslim”?  In our current political climate, political and religious leaders will try and distance themselves from any form of religious extremism or abhorrent action by claiming that the offender isn’t a “true believer.”   This is what makes this conversation really sticky.  Who gets to decide?  Do religious leaders exclusively have this task?  Or should they?  Considering a majority of Catholics disagree with the church’s position on contraception, women in ministry, and allowing priests to marry, would the Pope say these aren’t “true Catholics”?

I’ve heard it said that there are as many gods as there are Christians — that individual lived theologies are unique to the adherent.  What one Christian believes about God varies from person to person.  I’ve have conversations with theists about the actions of the God of the Old Testament.  I declare many of the attitudes of this God to be violent, intolerant, misogynistic, and petty.  And they quip, “I don’t believe in that kind of God either.”

Within the atheist community, there is a celebration of freethinking.  Many atheists, like myself, came out of religious upbringings where we were told what to believe and how to behave.  Now, sans dogma, I proudly proclaim that I can, without the direction of a deity, make moral and ethical decisions without the promise of punishment or reward.  So what can be said of theists who reject a particular version of God?  Or what about theists that question basic tenets of their faith?  Is this not, in itself, freethinking?  These are the types of religious believers that we should, as atheists, be excited to dialogue with.  If they’re willing to step away from orthodoxy, then they just may be willing allies against dogmatism and extremism.  What do we do, then, with the atheists who eat up headlines with their perceived dogmatism and extremism?  Have they become the unelected representatives of atheism?

In the same way ultra-conservative religious believers like Pat Robertson and Bill Donahue get press every time they say something outrageous, atheists with a negative tone will always make headlines.  Unfortunately, it’s what we’ve come to expect.  And it helps the other side.  Conservatives love throwing around troubling Richard Dawkins comments to beef up their arguments against “militant” atheists and liberals. In the same way my Christian friends and family facepalm whenever Pat Robertson opens his mouth, I often do likewise with Richard Dawkins.  My major critiques of Dawkins don’t necessarily stem from disagreements over positions.  It’s his tribalism that is the problem.  Atheists are not exempt from this way of thinking and acting.  We need to stop pretending that we’re above it and that we have exclusive rights to being jerks because we use science and reason.

Atheist involvement in interfaith dialogue is not a very well-traveled path.  This doesn’t really surprise me much.  There seems to be a profound misunderstanding among atheists of what interfaith dialogue actually sets out to accomplish.  If interfaith dialogue means you need to keep your mouth shut about your atheism, what’s the point?  This is simply not the reality, but I doubt those atheists that slam interfaith work have given it a chance.

There are plenty of vocal atheists who despise even the notion of sitting at the same table as a theist.  Professor of biology PZ Myers is one of them.  Myers also has a particular distaste for atheist and interfaith activist Chris Stedman. Myers uses words like “accommodationist” to describe Stedman, as though simply creating spaces for conversations with theists is an insult.  He also calls faith “mind-rot” and “the enemy of reason.”  While some within the New Atheism movement get defensive and weepy when they’re called mean-spirited or toxic, they don’t seem to care to reflect on the reasons why these accusations ring true for many.

Atheists are among the most disliked “religious” groups in America, and the least likely to be voted into office.  And when you consider that approximately 84% of the world is religiously affiliated, with the religiously unaffiliated expected to decline by 2050, I firmly believe atheists will be better off trying to find common ground with theists.  Hating religion isn’t going to make it disappear, as much as that may vex PZ Myers and his ilk.   I, for one, have nearly reached my capacity for negativity within the New Atheism movement.  Something needs to change.

What’s an atheist to do?  Here are some recommendations:

First, don’t allow someone to be the default voice for this minority community.  Challenge those in the atheist community with whom you disagree.

Second, don’t let theistically privileged words and phrases keep you from engaging in positive activism around shared values.  No, “interfaith” is not a perfect word.  But are theists really going to consider changing it without pressure from non-theists?  You have to show up and let your voice be heard.

Third, engage in critical self-reflection.  We all certainly have areas for growth.  You are I are not the smartest people in the room simply because we’re atheists.  Being an atheist does not instantly make you a more ethical or rational person.

Fourth, build relationships with theists.  Though this may seem repulsive to some, the conversation may surprise you.  I recently became friends with someone who identifies as a conservative evangelical.  According to many atheists, we should be sworn enemies.  However, after we talked for several hours, and enjoyed several beers, I was honestly blown away by how many values we shared.

When it comes to what it means to be a “true” or “real” atheist, I don’t think I can lock down a definition.  What I will say is this: if freethinking is an atheist value, then dogmatism is its antithesis.  There are no guidelines or rules for non-belief.  If you want to engage with theists, do it. 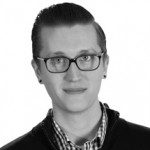 Andrew Phelan is pursuing a Masters in Religious Studies at Chicago Theological Seminary.  He received his B.A. in Media Studies from North Park University.  Currently, Andrew’s work is focused on the importance of atheist involvement in interfaith dialogue as well as the destigmatization of atheism.  Formerly a Christian, Andrew now identifies as an agnostic atheist and a humanist.  He loves animals, vinyl, tacos, Star Wars, and fluently speaks karaoke.  He resides in Evanston, Illinois with his wife and cat.  Tweet him @iamjustadude. 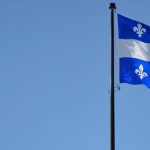 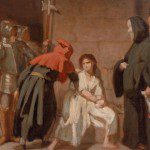 November 16, 2015 A Doubter in the Inquisitor's Chair
Browse Our Archives
Related posts from The Secular Spectrum