The Catholic Atheists of Québec 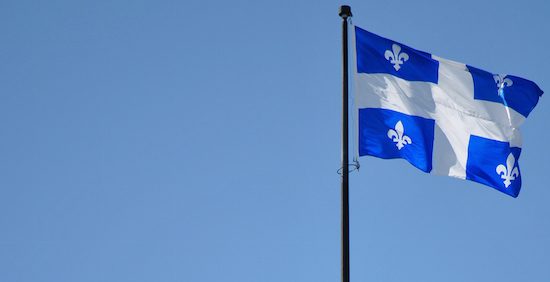 Fifty years later, Québec is the least religious province. Regular church attendance is down from 90% to 6% — the lowest not only in Canada but in the Western world. Québec has the lowest percentage of people who consider themselves religious at all — 22 percent, compared to 36 percent for all of Canada — and a large percentage of those who remain are functionally atheistic in belief.

So…what happened to all that religion?

It’s an incredible story. In the 1960s, Québec went through a stunning secularization called the Quiet Revolution. Church attendance plummeted, the provincial school system began modernizing, and a social safety net was created to protect the most vulnerable. In 2002, a referendum to change the provincial school system from Catholic to secular passed easily and with very little fuss.

As the country secularized, so did the people. By nearly every measure of belief and practice, Québec is now among the most secular societies anywhere. And most of it happened in a single generation.

So instead of 83% Catholic, Québec is now…how shall I put this. Well, they’re 83% Catholic.

That’s right. Few attend church anymore or even believe in God. But like hell are they gonna stop calling themselves Catholic.

There’s a reason for that. Because they are surrounded by English-speaking Protestants, French Canadians are eager to maintain their unique identity – and French goes with Catholic in Canada even more than it goes with fries in the U.S. Educated Catholics are among the most likely of all religious identities to leave religious faith completely, but in Québec, you can’t throw off your Catholicism without also throwing off your Frenchness, ai-je raison?

So even as they’ve stopped believing, most Catholic Québécois have remained “cultural Catholics.” One of the many fascinating results is that each year, over half of the 80,000 children born in the province are baptized into the Catholic church — mostly by parents who don’t believe in God.

Adapted from Atheism for Dummies by Dale McGowan.

DALE McGOWAN is the author of several books about the nonreligious life. He was Harvard Humanist of the Year in 2008 and founded the humanist charity Foundation Beyond Belief in 2010. He is Content Development Editor and Atheist Channel manager for Patheos. He lives in Atlanta.

November 12, 2015
Winning the Everlasting Gobstopper of Life
Next Post