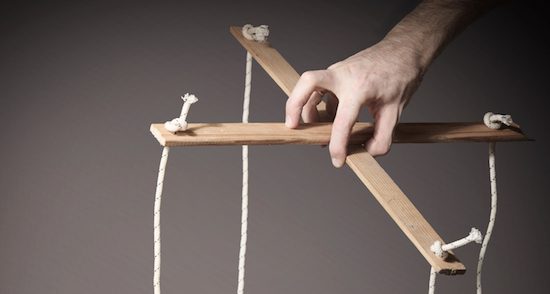 A few years ago, the book descriptions on Amazon.com included a geeky little feature called a concordance — a list of the 100 most frequently-used words in a given book. It vanished after a couple of years, which is too bad — you can learn a lot about the content, approach, and tone of a book by seeing what words are used over and over again.

I managed to grab the concordance links for a few parenting books before they disappeared. Comparing the most common words is pretty revealing of the values and priorities in each book.

What the Bible Says About Parenting: Biblical Principles for Raising Godly Children by John MacArthur

Now compare to the top 100 in my book for nonreligious parents.

It’s interesting that they have the same top three words, and even more interesting that the secular parenting book mentions God more often. Interesting, but not surprising: The top four words in Quitting Smoking for Dummies are SMOKING, SMOKE, TOBACCO, and CIGARETTES.

Now look at the relative importance of obedience. What the Bible Says About Parenting uses the word OBEY 66 times and OBEDIENCE 49 times, while the same words appear only 6 and 4 times (respectively) in Parenting Beyond Belief — even though PBB is almost twice as long. Adjusted for text length, obedience-related words appear 22 times more often in the conservative religious book.

What about mainstream parenting books that are neither explicitly religious or nonreligious? I looked at several competing titles such as Parenting From the Inside Out. None included OBEY or OBEDIENCE in the top 100.

Obedience is just the tip of the iceberg. The words SIN, DUTY, EVIL, FEAR, AUTHORITY, DISCIPLINE, COMMAND, COMMANDMENT, SUBMIT, and LAW are also prominent in What the Bible and entirely missing from Parenting Beyond Belief’s top 100.

THINK is #14 for the secular parenting book and #89 for the religious one. Also high in the secular list are QUESTIONS (#22) and IDEA (#31) — neither of which appears in the other list.

The presence of HUSBAND, WIFE, SON, MOTHER, and FATHER high in the What the Bible list show the importance of role divisions. None of these appear in the secular parenting list.

It makes sense for EPHESIANS to be mentioned in What the Bible, since the end of Ephesians lists several familial duties — ‘Wives, submit to your husbands as to the Lord,’ (5:22) ‘Husbands, love your wives’ (5:25). But 64 times?! That baffled me — until I remembered one of the most chilling verses in the NT:

Children, obey your parents in the Lord, for this is right. Honor your father and mother — which is the first commandment with a promise — that it may go well with you and that you may enjoy long life on the earth (Ephesians 6:1-3).

The conditional phrase “that you may enjoy long life” is no metaphor: It’s an allusion to Deuteronomy 21:18-21, the command to stone disobedient children to death.

MacArthur isn’t alone. James Dobson is one of the voices on the religious right who stresses obedience obsessively, along with his favorite enforcement mechanism, corporal punishment.

Dobson’s The New Dare to Discipline doesn’t have a concordance, but a sampling of the text can give you the idea.

“Spanking should be of sufficient magnitude to cause genuine tears,” he says, and recommends painful squeezing of the trapezius muscle on the neck to obtain “instant obedience,” and hitting children as young as 18 months old with a paddle. He advises hitting a toddler whenever he “hits his friends.” And if a child cries more than a few minutes after being spanked, Dobson says, hit him again. “When a youngster tries this kind of stiff-necked rebellion, you had better take it out of him,” he warns, “and pain is a marvelous purifier.”

His advice frequently lapses into sneering contempt for the child. “You have drawn a line in the dirt, and the child has deliberately flopped his bony little toe across it. Who is going to win? Who has the most courage? Who is in charge here? If you do not conclusively answer these questions for your strong-willed children, they will precipitate other battles designed to ask them again and again.”

Dobson’s work builds on such classics in Christian parenting as Rev. Jack Hyles‘s How to Rear Children (1972):

Many unconverted psychologists say that the parents should always take time to explain to the child why he should do certain things and that parents should never command a child to do something without the child knowing the reason. Nothing could be further from the truth!

This obedience-centered approach is called authoritarian parenting. The approach he is disparaging, the one that developmental research continually supports, is authoritative parenting.

Developmental psychologist Joan Grusec finds that “parents who tend to be harshly authoritarian are less likely to be successful [as moral educators] than those who place substantial emphasis on reasoning.” Marvin Berkowitz, professor of character education at the University of Missouri, notes that “the most useful form of character education encourages children to think for themselves.” And explaining the reasons for rules and decisions is central because it helps kids develop their own ability to think clearly and ethically instead of merely following rules.

Parenting With Love and Laughter: Finding God in Family Life by Jeffrey Jones is a liberal Christian parenting book with none of the chilling earmarks of MacArthur, Dobson, and the rest.

Of the 12 authority-laden words (OBEDIENCE, OBEY, SIN, DUTY, EVIL, FEAR, AUTHORITY, DISCIPLINE, COMMAND, COMMANDMENT, SUBMIT, LAW) in What the Bible, not a single one appears in the top 100 of this Christian parenting book. On the contrary, the Jones book favors humane, loving language and ideas and an authoritative approach that’s much closer to Parenting Beyond Belief.

DALE McGOWAN is editor and co-author of Parenting Beyond Belief and Raising Freethinkers. He lives in Atlanta.

November 19, 2015
The Compassion of Secular and Religious Voices
Next Post

November 25, 2015 I Was a Jewish Hitler in the 5th Grade
Browse Our Archives
Related posts from The Secular Spectrum