National Day of Prayer or Reason? 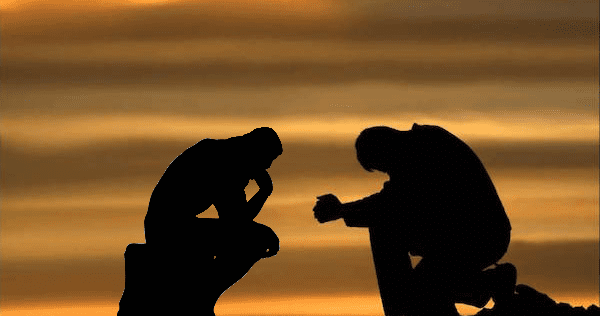 Recently an article came out concerning an interesting and important campaign with the American Humanist Association, titled Humanists push for a National Day of Reason. As Kimberly Watson of Religion News Service reports:

AHA wants the first Thursday in May to be recognized by Congress as a National Day of Reason. But that day is already designated as the National Day of Prayer, with a 65-year history of support from Congress, state and local governments and every sitting president since its inception in 1952. And that, says Roy Speckhardt, executive director of the American Humanist Association, is the problem.

The problem, as Speckhardt explains, is about inclusivity and exclusivity. If it is a day that the nation recognizes together, it should include each and every citizen in some fashion, regardless of what they believe or profess. I agree. The ever increasing diversity of our nation in creed, culture, and conviction needs special, iconic opportunities to highlight the giftedness of our diversity and our common concern for our common home.

The National Day of  Prayer, promoted by the Christian Right, highlights not only the exclusion of our fellow citizens who do not profess faith in God or those who feel no affiliation to a religion; it also stresses Christian prayer to the exclusion of other faith traditions who also value prayer in their lives, such as our Muslim brothers and sisters.

This confused idea of our national identity underlines the mythology of the United States as a “Christian nation.” Today’s claims about America’s founding as a Christian nation derive from a 19th-century effort to overcome the skeptical reasoning and secular principles so important in the nation’s founding. The Catholic tradition has a great regard for secular values by the way. It also hearkens back to the fears of the middle 20th century that sought to mitigate communism, and therefore, “godlessness” from taking a grip in the country, suggesting a “marriage” between Christianity and capitalism.

That being said, the importance of the course of Christianity, in its many diverse forms in this country’s history, has a value that cannot be ignored, as is also true of other religious, and non-religious worldviews. In light of this, I would make a third proposal. If the National Day of Prayer is about our concern for the welfare of our nation, and the National Day of Reason carries the same concern in very different ways, why not look for an occasion that brings atheists, religious people, diverse cultural and racial peoples together in our nation by instituting a National Unity in Diversity Day.

If the National Day of Prayer is exclusive, is not the National Day of Reason, on the same day, also a way to underscore our differences and continue to alienate atheists and religious from each other, pitting reason against faith once again? When does this script get tired? Admittedly some religious people can be very unreasonable, but so can many others, no matter how they see the world. Religiosity may not be the underlining cause. Religion, like so many things, is often misused by those who have dysfunctional issues beyond religious identity. Fear and insecurity are underlying motives.

The technical term for this is hyper-differentiation. What this means is that as more and more options become available to a significant sector of society, people who have access them will choose and build a “niche” for themselves with other like-minded people. This results in people insulating themselves from the pluralism that marks societies such as ours, and at the same time, heightens the possibility of creating unity in society that do not communicate with one another. The Christian Right, unfortunately, has spent much time and money in this regard. But atheists and humanists are not immune to this problematic.  The more aware of our diversity we become, the more disunited we become.

In other words, even as society becomes more diverse, people who are affected by hyper-differentiation will become less able to adapt to the society around them. The widespread polarization we experience in politics and in religion in this country is one of the consequences of these social formations. A special day that celebrates and upholds our diversity as one of our greatest national values may be a much more “reasonable” pursuit.

May 5, 2016 Which Came First, the Science or the Atheism?
Browse Our Archives
Related posts from The Secular Spectrum