Which Came First, the Science or the Atheism? 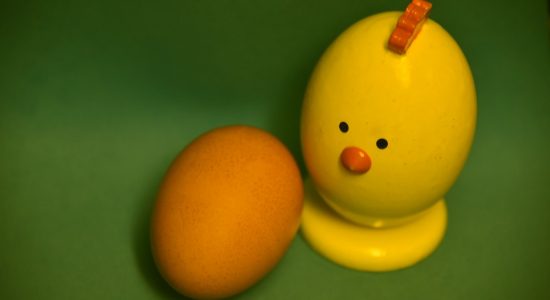 I used to joke that the chicken or the egg riddle was actually an evolution vs. creationism debate (though I’m not the first to come up with this idea). For evolutionists, the egg came first, since any genetic change which made the fetal fowl more like a chicken than its parents occurred when the egg was fertilized. For creationists, God said, “Let there be chickens.” And there was.

But another chicken or egg question also lies at the heart of the interplay between religion and science. Does doubt lead students to pursue science, or does scientific study lead to their religious doubts?

The problem with this is there are few researchers without a rooster in the fight. That’s not a recipe for objective research.

This dichotomy can be traced at least as far back as the nineteenth century, when scientist like Georges Cuvier, while pioneering the science of paleontology, fiercely defended God-centered theories to explain what they observed in the fossil record. Meanwhile, more open-minded scientists like Charles Darwin and Alfred Russel Wallace saw patterns of variation that independently inspired the idea of natural selection. While Wallace continued to defend a role for God in the evolution of the human mind, Darwin found his faith wither away.

In 1914, sociologist James H. Leuba conducted a survey of 1000 biological and physical scientists to gauge their beliefs in a personal god. The proportions of belief and disbelief were about the same—a little over 41%, with 15.7 agnostic. But among the 400 so-called “greater scientists” he queried, as listed in the 1910 American Men of Science, he found a different story. The idea was that eminent “men of science” represented the elite of scientific thought.

Ah, the musty smell of antiquity.

Among this cohort, Leuba found that 27.7% believed in a personal god, while 52.7% disbelieved. 20.9% were either agnostic or had doubts. In 1933, he repeated the survey. As an atheist, he theorized that the proportion of disbelief would rise as time went on.

And that’s exactly what he found.

In 1933, belief among these elite scientists had fallen to 15%, while disbelief had risen to 68%. Agnosticism or doubt was now at 23%.

In 1998, Edward J. Larson and Larry Witham decided to test if Leuba was correct in his assumption that belief would continue to wane among the most prominent scientists. The modernized American Men and Women of Science no longer lists “greater scientists,” so they instead drew their elite survey group from the membership of the National Academy of Sciences.

Using the now-dated language that Leuba employed in his questions for consistency, they found that 7.9% professed a belief in a personal god and 76.7% disbelief. 23.3% expressed either agnosticism or doubt.

Larson and Witham concluded in their paper:

As we compiled our findings, the NAS issued a booklet encouraging the teaching of evolution in public schools, an ongoing source of friction between the scientific community and some conservative Christians in the United States. The booklet assures readers, “Whether God exists or not is a question about which science is neutral.” NAS president Bruce Alberts said: “There are many very outstanding members of this academy who are very religious people, people who believe in evolution, many of them biologists.” Our survey suggests otherwise.

Well, as Dr. Eugenie C. Scott persuasively argued, the questions were vaguely worded, excluding those who believe in a deistic, impersonal god. And this finding contradicts their earlier survey replicating Leuba’s wider sample of AMS scientists, which showed that the ratio of belief to disbelief was relatively stable.

Does this mean that there is that wide a divergence between prominent scientists and their less-exalted peers, having gone their separate ways on the God question like Morlocks and Eloi?

But hold up there, Larson and Witham are reportedly theists. Though, having enjoyed Professor Larson’s enthusiastic Teaching Company series, Theory of Evolution: A History of Controversy, I can only think their goal wasn’t to undermine acceptance of evolution in the public’s eye by tying it to atheism.

Yet that is almost certainly what Dr. Scott was worrying about, as she continues to fight the good fight against those who wish to turn the bible into a science textbook. She made a number of excellent points, but you have to remember that she’s fighting a rear-guard action to keep evolution in the schools, in an era when unconstitutional “teach the controversy” bills keep popping up like Whac-a-Moles.

Tying evolution to atheism is a calumny that predates On the Origin of Species. Oh the horror! In order to make evolution palatable to the majority of the American public, of which one third reject evolution entirely, science educators need to convince them that they can have their evolution and eat their angel’s food cake, too.

Ken Ham and crew love to trot out the handful of scientists who believe in Young Earth Creationism. And just to bolster their case, they trot out the Big Guns—Newton and Galileo. They believed in the biblical account of creation. So there!

But, of course, every scientist before Darwin believed that as well (more or less). Though it’s important to note that Cuvier and his anti-evolutionist peers didn’t believe in a Ken Ham-style literal interpretation of Genesis, with an earth that is but a 6,000-year-old tyke.

They weren’t that crazy.

The Answers in Genesis crowd rarely mention that Newton was also an ardent alchemist. Like Galileo, he was a man of his time. Science advances, and it’s impossible to say what Newton or Galileo would have believed if they had lived in subsequent centuries.

Most surveys that break down the religious beliefs of scientists according to discipline find that biologists sink at or near the bottom of the theism tank. A Francis Collins-style theistic evolution may seem like psychological jujitsu for a geneticist, but if that’s what it takes to get the public to accept that Eve wasn’t formed from Adam’s rib, then bring out the cake knife!

When you read about the handful of such studies, it becomes clear that they all have their axes to grind. But in the end, does it really matter how many scientists—great or merely okay—are atheists? Would that change your belief, or should I say disbelief? Yes, it makes sense to atheists that scientists who understand the evolutionary process would reject the involvement of supernatural agency. After all, we have our own biases.

And on the question of whether religious doubts lead to a pursuit of science or the other way around, I think it’s both the chicken and the egg. Though Charles Darwin originally studied for the clergy, it had more to do with his station in life, as a member of the landed gentry. He quickly realized he didn’t have the stomach to be a doctor, and he had limited choices for someone of his social standing.

Darwin’s clerical studies allowed him to pursue natural history, which was so often invoked by the clergymen of his era as evidence of God’s glory. But Darwin’s intellectual openness led him to accept his observations of adaptive radiation. He was forced to abandon the creationist ideas he held before the Voyage of the Beagle, instead of rejecting the idea out of hand or explaining it away. As he delved further into the implications of natural selection, his remaining faith slowly vanished.

But important ideas and scientific advances were brought about by deists such as James Hutton, Charles Lyell, and, yes, our old friend Jean-Baptiste Lamarck. What really matters is the degree of openness and objectivity scientists bring to their endeavors.

Meanwhile, what discoveries have creationists and IDers made? All they advance are what I call couldna arguments. As in, it couldna happened because… Or, it contradicts a book that refers to the sun rotating around the earth.

And yet the 4.5 billion-year-old earth still moves.

Here are the other posts in this series on the Evolution of Evolution: Part One, Part Two, Part Three. 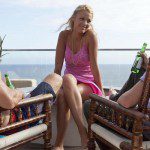 May 10, 2016 Living In Sin? Why Secular People Should Support Polyamory.
Browse Our Archives
Related posts from The Secular Spectrum