Living In Sin? Why Secular People Should Support Polyamory.

Living In Sin? Why Secular People Should Support Polyamory. May 10, 2016 Gleb Tsipursky 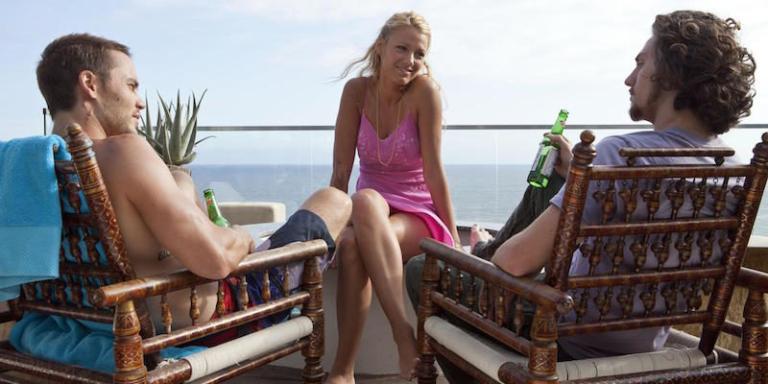 Mary, an electrician, and Bob, an administrative assistant, are happily married, and have been for 5 years. They met in their high school ninth-grade math class, where they sat at the same desk. Bob began courting Mary two weeks after they met. By tenth grade, they had been going steady for 6 months. They got engaged at the end of eleventh grade, and married right after their high school graduation. They are widely known as a great couple, and get along with each other really well. One day, John was hired at Mary’s electric company. John was handsome, outgoing, thoughtful, caring – exactly Mary’s type. Coincidentally, she was asked to train him. As a result, they spent a lot of time together, told each other about their lives, and got really close. Mary was really attracted to John, and wanted to have a romantic relationship with him, and he was happy to do so.

How does this story continue? Let’s imagine Scenario 1, where Mary and Bob are a traditional couple representative of the American mainstream. Mary really struggles with what to do. On the one hand, Bob is a great husband, and she loves him. On the other hand, she’s head over heels for John, and wants to have a romantic relationship with him. Finally, she gives in to her passion. She cheats on Bob, sleeps with John, and feels terrible about it. But she can’t stop herself from going forward with John. Eventually, Bob finds out. He’s very hurt and outraged, and asks for a divorce. There is pain and suffering all around.

But does it have to be this way? Let’s imagine Scenario 2. Mary and Bob are part of the growing movement, especially widespread among young people like themselves, called polyamory. Polyamory, often abbreviated as “poly,” is the practice of having more than one romantic relationship at a time with the knowledge and consent of everyone involved. Mary goes to Bob and tells him in an open and straightforward fashion about her attraction to John. Bob is glad to accept Mary’s desire to have a romantic relationship with John, and Mary and Bob discuss how to most effectively integrate her new relationship with their current one.

Isn’t the outcome of Scenario 2 better than Scenario 1? Instead of pain and suffering, there is trust, openness, and communication. Indeed, mutual transparency, honesty, and consent are key elements of poly relationships. Polyamory is increasingly gaining prominence in the mainstream media, and poly meetups and major gatherings have been growing by leaps and bounds around the country, including right here in Columbus, OH. Moreover, research on poly relationships show that people with consensual non-monogamous relationships are happier, especially with their sex lives, than those who are in traditional monogamous relationships, and communicate more openly. A major 15-year ethnographic research project showed the richness and diversity of poly families, within which individuals form relationships with a wide variety of partners and enjoy emotional and sexual freedom. At the same time, research indicates that poly relationships continue to face stigma among the public. If our purpose is to enable all people to live optimally happy, healthy, fulfilling, and flourishing lives, then should we not encourage an openness toward poly relationships as one among many relationship styles?

Well, that’s not what Christians say. They condemn polyamory as a sin, something forbidden by the word of God. They associate polyamory with atheism and immorality.

Yet there are many people who practice polyamory and are still religious. How much more powerful would the secular movement be if we were inviting to such people?

As secular people, we should be open to new ways of thinking and feeling about romantic relationships. This is part of a broader intentional strategy of evaluating reality more clearly by re-examining our cached patterns. This term refers to habits of thought and feelings in our mind that we absorbed uncritically from the social environment around us, as opposed to conclusions we arrived at by our own intentional reasoning. So if we were creating the best ways to thinking about romantic relationships from scratch, would it not make a lot of sense to orient ourselves toward decreasing stress and suffering, and instead increasing transparency and openness? Thinking probabilistically, openness and acceptance of poly relationships as one among many mainstream relationship styles is going to be the most likely outcome of this reasoning process. Re-evaluating our cached patterns of thought and feeling enables us to see reality more clearly, make more effective decisions, and achieve our goals, thus helping us gain agency in romantic relationships and other life areas.

Now, that doesn’t mean we ourselves need to adopt polyamory, not at all. For instance, I myself have been happily married since 1998 and am currently monogamous. However, my point is that we should be open to and welcome people in polyamorous relationships into secular communities. It would be unreasonable not to do so.

May 5, 2016
Which Came First, the Science or the Atheism?
Next Post 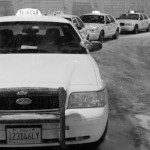 May 12, 2016 What I Am and What I Am Not
Browse Our Archives
get the latest updates from
The Secular Spectrum
and the Patheos
Nonreligious
Channel
POPULAR AT PATHEOS Nonreligious
1