Free Money Is Not a Joke: Confessions of a (Former) Skeptic of Basic Income

Free Money Is Not a Joke: Confessions of a (Former) Skeptic of Basic Income August 28, 2016 Gleb Tsipursky 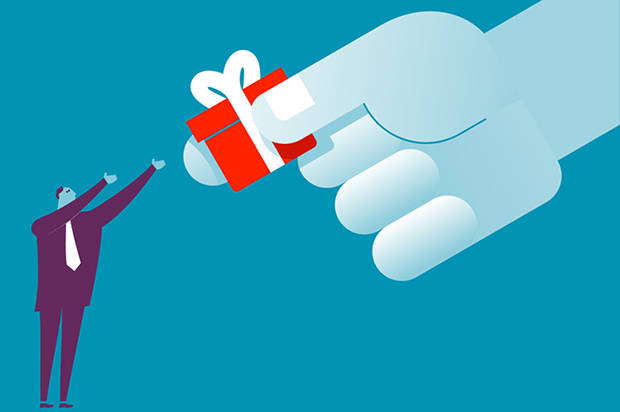 Getting a tire replaced seems easy to me. I’d just go to the nearest tire place and get it fixed. But Jayleene was living from paycheck to paycheck and didn’t have $110 to spare. She couldn’t get to work, and her boss fired her. She couldn’t make her rent and was soon out on the street — all because she needed $110 at the right time.

Jayleene told me her story during my volunteer shift at a soup kitchen. Her experience was the final straw that convinced me to support the idea of providing a basic income, the notion of giving people an unconditional living wage, which has been backed by conservatives and liberals alike. The concept of basic income is becoming increasingly popular around the world, with Finland, the Netherlands, Switzerland and Canada experimenting with it.

So is the United States. A study is planned for Oakland, California, that will be funded by the well-known Y Combinator. “In our pilot, the income will be unconditional,” Sam Altman, president of Y Combinator, said. “We’re going to give it to participants for the duration of the study, no matter what. People will be able to volunteer, work, not work, move to another country — anything.”

Added Altman: “We hope basic income promotes freedom, and we want to see how people experience that freedom.”

Skeptical of the idea of extending a basic income to all? I had been pretty skeptical when I first heard about the basic income plan. Sure, I care about people and don’t want anyone to starve, be homeless or lack medical care. But nonprofits and government programs have been designed to take care of these needs. I volunteer at a soup kitchen and run fundraisers for food banks. Why give people money to do whatever they want with it?

I had these two major concerns: I simply didn’t trust poor people to manage their money well and thought they would spend it on things like alcohol, drugs and tobacco. And I imagined that people would stop working and do whatever they wished, as opposed to being productive members of society.

More and more evidence, however, appeared to contradict my initial way of thinking. A number of studies have shown that people who have been given cash did not spend it on tobacco, alcohol or similar “vice” products. Other studies have demonstrated that those given a cash transfer did not do less work. Instead, the evidence indicated that people who have received cash transfers improved their income and assets and have experienced better psychological and physical well-being.

Now, I couldn’t wait for more research such as the Oakland study or another upcoming one, to be done by GiveDirectly. This nonprofit, highly rated by the best charity evaluator in the world, GiveWell, focuses on cash transfers to poor households in East Africa. GiveDirectly has decided to run one of the largest studies of basic income to date, using $30 million to cover the basic living costs of poor East Africans for a decade to settle questions about the long-term impact of such an approach. I could even try to reasonably predict the future and conclude that these new experiments will show results similar to previous ones.

Hearing Jayleene’s story proved the clincher. I decided to bite the bullet, confess that my perspective was wrong and update my beliefs based on evidence.

Freed of these limiting beliefs, I realized that the notion of basic income has other benefits. First, it’s simpler to provide basic income than to fund many overlapping welfare agencies, and a country could save many billions of dollars by simply giving money to the poor. Second, basic income provides people more dignity and creates less hassle for them than the current system. Third, poor people like Jayleene are more aware than the government of what they truly need.

For all of these reasons, I am coming out publicly to renounce my skepticism of basic income and share how this evidence convinced me to change my mind.

Plenty of questions about basic income remain unresolved, such as how to fund a transition to this method and away from using a massive system of inefficient programs. Yet that’s a question of “how,” not “if.” I hope that sharing my story as a former skeptic of basic income will encourage a conversation about the next steps related to the question of “how.” 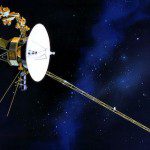 September 8, 2016 Our Human Legacy – The Golden Record on the Voyager Space Probes
Browse Our Archives
get the latest updates from
The Secular Spectrum
and the Patheos
Nonreligious
Channel
POPULAR AT PATHEOS Nonreligious
1