I am a big fan of public funding for various things – public education, public television, and public radio. And I am usually impressed with the way National Public Radio ((NPR) presents news, providing a multifaceted and balanced perspective on the news – the underlying dharma or justice of presenting more than one perspective is very much in line with the pluralism that is inherent in the way that I live my day to day life. No one way is necessarily “The Right Way.” Yet I was horrified to find that NPR did the exact opposite when interviewing University of Chicago professor Wendy Doniger about her controversial book.

Robert Siegel recently interviewed Doniger on All Things Considered, because Penguin Books India has agreed to recall and destroy all copies of her book The Hindus: An Alternative History. Doniger, an academician whose scholarship has long been cause for concern and controversy over the years and had particularly aggravated those within the Hindu community for her misrepresentations, innuendos, and plain mistakes. In the interview she glosses over the inaccuracies, and focuses on how she offended the feelings of the Hindu community, and is almost gleeful that her book sales have risen due to continued controversy. Penguin too was more concerned about “the protection of creative freedoms in India” – something that should be relevant to a work of fiction, not the book in point.

A few years ago, I went looking for Doniger’s book in the local bookstore right after it came out, because an interfaith colleague asked me disturbing questions based on what he had read.  I also knew that Doniger’s scholarship and that of her students has permeated academia, and their misrepresentations trickle down to what is taught about Hinduism.  I had been concerned about how Hinduism was portrayed in my daughter’s middle school text books; I was even more appalled at the sections I read in The Hindus. Even today, I shudder, thinking of her invalidation of simple faith, as embodied by the story of Draupadi.

Draupadi is one of the central characters of the Hindu epic the Mahabharata. The stories in this epic have been told for hundreds of years, by grandmother to grandchild and through plays, movies, comic books, all to explain that even in the most drastic of situations, one should let go of fear and have faith that God will protect you. In the specific episode that Doniger references, Draupadi’s husband, the king Yudhishthara  is gambling. He is playing a game of dice and not winning – as in most stories, there are the bad guys and the good guys, and the bad guys weighted the dice. He loses all his kingdom and then some. Draupadi is also part of the losses, and she is dragged into the court where all the men are:  Someone (a bad guy) begins to pull her sari off – the multi-yard garment that is even today worn by women in India. Even as she is terrified and ashamed, Draupadi initially holds on to her sari so that she is not disrobed, but suddenly throws both hands up in surrender and puts her faith in God. She cries out for help to Krishna, the avatar (manifestation of God) in the Mahabharata. Krishna is elsewhere, but miraculously, the bad guy is unable to come to the end of the sari, and faints in exhaustion before he can even lay a finger on Draupadi. This story of simple devotion – keep your faith in God, no matter what is happening to you – is etched in my mind and many others through a scene in the 1950s Telugu film classic, Maya Bazaar. Doniger however, speaks of the “gambler’s wife” who is raped, desecrating more than my memory.

After reading excerpts of this book and several others in the same mold, I made sure to have a conversation with my kids about what they would learn and what their experience might be vis a vis Hinduism as they went through high school and college. They needed to know that work like Doniger’s creates stereotypes and can even generate Hinduphobia that is difficult to dispel. On Stormfront.org  (the white nationalist, supremacist and neo-Nazi Internet forum that was the Internet’s first major hate site), Doniger is praised as a White Nationalist soldier from the left,  “because using authoritative works by Professors always convinces most students“ to hate on Asians – hate that might someday be directed at my kids. I told them about Aditi Banerjee, who decided to co-edit Invading the Sacred: An Analysis of Hinduism Studies in North America, because of the Hinduphobia she faced. Hinduism is a pursuit for Truth, and I encourage my kids to seek it – and we should encourage anyone who wants to learn about Hinduism not to look for an alternative, either.

One way to learn about Hinduism is to visit the Hindu American Foundation’s Hinduism 101 page. As an advocacy organization promoting human dignity, mutual respect and pluralism, we (disclaimer, I sit on the Foundation’s Board)  have sought academicians and religious scholars to help create material for someone seeking basic understanding about Hindus and Hindu practices. The materials on the site – along with other recommendations like the Idiot’s Guide to Hinduism, the Chinmaya Mission’s Q & A about Hinduism, India Unveiled by Robert Arnet, and  A Survey of Hinduism by Klaus Klostermaier – seek to capture the diversity of Hinduism, focusing on the wide range practices and beliefs under the Hindu umbrella.

While defending Doniger’s right to be published, we have long spoken out about her work, with a distinctly American Hindu voice. My fellow Board member and co-founder, Aseem Shukla, questioned the book’s accuracy not too long after it was published. A recent addition to our staff, the Director of Education and Curriculum Reform, Dr. Murali Balaji, recently put the censorship issue front and center in the Huffington Post. A former journalist and academician, he easily explains the nuances of the issue: preventing people from reading the book also prevents them also from seeing for themselves how it misrepresents a living tradition. Hopefully the furor over the publisher’s decision to withdraw the book dies down, and NPR and others refer to our official statement to hear another side of the story. 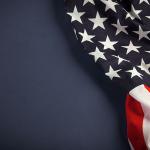 February 2, 2014
Accepting an Inclusive Identity: On Being an Indian-American Hindu
Next Post