The Pope’s Caritas: Evocative of a Hindu’s Karuna

Editors’ Note: This article is part of the Patheos Public Square on the Pope in America: Implications, Collaborations, Challenges. Read other perspectives here.

A child of immigrants, I grew up with a Catholic “uncle” – a foreign student from Southern India like my parents. He and my father were colleagues in the English department at a university in New York.  “Uncle Ralph,” my father would always say, “is a ‘small c’ catholic” – and to this day, I have not seen otherwise: he is as the definition says: including a wide variety of things; all-embracing.  From when he was a graduate student to now, as an English professor at a community college in Long Island, he has largely shaped my understanding of and experiences with “big C” Catholics.  When my children and I discuss characters in the classic movies of their childhood – it is always Ralph Thaatha (grandfather in Telugu) who is the one that reminds us of Gandalf, Dumbledore, Obi-Wan Kenobi: that larger than life figure, full of wisdom and philosophy – a pluralistic philosophy that reminds us of our own Hindu spirituality. So on the cusp of Pope Francis’s visit to the United States, who also seems to represent that same kind of “small c” Catholicism, I have hope that Pope Francis will bring that same kind of pluralism that Uncle Ralph embodies, to all Americans – Hindus, Catholics, and people of all faiths or none.

Pope Francis is creating a new image, painting a new story for the Roman Catholic Church – one that many in the Hindu community in America and elsewhere can appreciate. This Pope recently “asked forgiveness for the ‘many grave sins’ committed against native peoples of Latin America during colonial times,”  in stark contrast to his predecessor, Pope John Paul, who concluded his visit to India less than 20 years ago with a call for Crusade in Asia on the important Hindu holy day of Diwali.  The Hindus who objected were not only ignored, they were further demeaned as “Hindu fundamentalists” or “radicals” who were blocking religious freedom – instead of being acknowledged for their very palpable concern that India’s civilizational history has been undermined by centuries of conversion and colonization.  Pope Francis, as the head of the Catholic Church, where “Catholic” is also defined by the universal scope of the Church and its underpinnings of strong evangelism, can continue to address the issues of ethical conversion and religious freedom, thereby promoting pluralism all over the world.

We at the Hindu American Foundation were hopeful when Pope Francis was first ushered into his role, and look forward to continuing the dialogue on issues that are critical to our times. His recent encyclical on the environment energized young leaders the world over, including SriVani Ganti, Director at the Hindu American Foundation, fellow Hindu American activist Sunitha Viswanath, and those in the UK at the Bhumi Project. Getting other Christians to accept the reality of climate change, and building a common strategy out of the diversity of our faith traditions – this is universal scope that Pope Francis can champion.

Pope Francis’s visit comes at a time when there are many things to champion in this country – addressing the challenge of climate change, racial equality, reducing poverty and economic disparity, promoting religious freedom while respecting religious diversity… the list goes on. It will be curious to see if his address to the US Congress – bringing religion into politics – can help the assuage the fierce debates we are having over religion in the public square. As a religious leader of the largest Christian denomination in the world, perhaps he can provide words of wisdom to not only members of the Roman Catholic Church, but to our political leaders. His recent letter on the issue of abortion addresses one of the most hot-button issues in the political and theological arenas in a compassionate way – something our politicians also need to do.

The Pope’s caritas is evocative of a Hindu’s karuna (akin to love and compassion); his path of social justice is akin to the path of dharma. This Pope, more than any other that I have seen or read of, provides the inspiration that maybe it is possible for a person of faith to bring one’s whole self into the political realm, and that a holistic, compassionate theology can liberate us from debilitating differences in political ideology, especially if its foundation is fear mongering.  In the early 20th century, it was the Catholics who were at the forefront, facing down fears and phobias of the Other: President Kennedy and this Pope are symbolic of how we have overcome.  Today, it is South Asian immigrants like myself who have to deal with phobia.. Islamophobia, Hinduphobia, and so on. Perhaps we too will overcome – and maybe in less than a century! 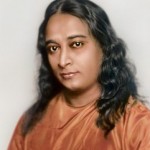