In my last blog post, I shared the beginning of Fred Stella’s journey to becoming a Hindu. Here we continue to travel with him, as he moves across the state of Michigan, goes deeper into Self-Realization, and into the heart of the Hindu community as Pracharak or spokesperson for the Western Michigan Hindu Temple. (Note: This essay appeared earlier in MyInd.net.) This is second part of Fred’s story to embracing Hinduism, finding his way home.

In my previous contribution we left off with my 15 year old self quite enchanted with the local Krishna mandir in Detroit. This discovery was, in every sense, life changing. From that point forward I incorporated a very brief sadhana in my daily life. It consisted of a few minutes of japa (meditative repetition of a mantra) some verses from the Gita and whatever else I could think of to keep me from the more worldly pursuits of a red blooded American teenager. Oh yes. I was still that, too.

There was never any compulsion to abandon or negate the life I was leading. I felt perfectly fine attending Mass with my family on weekends and then heading down to the temple whenever I could. Naturally, I kept this activity a secret from my parents. None of us needed the headache of that confrontation. But at some point they did discover my newly acquired inclinations and we had a rather intense but civilized conversation about it.

While some may question my actions, please know that I felt (and still do) quite justified in any minor deception that might have been in play here. I simply made up my mind that I would go further underground in my spiritual experimentation. I mean, I was the only person in my social group who was not using drugs at the time. One of the main reasons for this is that so many devotees at the temple were ex-hippies who strongly encouraged me to abstain from them. Dad and Mom have no idea what a debt they owe these former flower children.

As much as I appreciated the loose affiliation I had with the ISKCON chapter in my city it was apparent that this was not to be my path of discipleship. For one, I had a real desire to learn the art and science of silent meditation. As you probably now, their practice focuses much more on japa and kirtan. During adolescence it may have been a perfect time to develop a short routine that didn’t require too much time and focus. But in my heart I knew that I needed to keep looking for the path that would resonate in a deeper way. My secret sojourns became less and less frequent when the ISKCON community purchased a new temple that was quite a bit farther from my home than the original. Nonetheless, I maintained my meager practice and study. As I matured, literature from other sampradayas made its way into my library. But I clearly lacked community. I’m sure my early adult years would have been significantly different if I had been able to spend more time with those who were a step or more ahead of me.

When I was 25, a job offer came my way that entailed a move to the city of Grand Rapids, a couple of hours west of Detroit. It’s funny, but I did not seek out this opportunity; it was more or less thrust upon me. I loved my Detroit life and had no great desire to give it up. But as much as the offer didn’t really appeal to me I honestly felt that my free will was temporarily suspended. It was as if God was forcing me to make the move. I wasn’t happy about it but I did acquiesce. The job was a big bust. It created a terrible strain on me that was so frustrating. I mean, if God is going to drag me across the state you’d think it would be so I could reap success, right? Well, I found out that the job was only an excuse to get me out of my comfort zone and into discovering my dharma. In Grand Rapids I met the dharmacharya of the local sangha (community) of Self Realization Fellowship (Yogoda Satsanga in India), the worldwide spiritual society founded by the great early 20th century yogi, Paramhansa Yogananda. I had come across his writings briefly in my studies but couldn’t have said too much about him at the time. The very sweet and gentle man who headed up this chapter of SRF was to become my spiritual mentor. After some time of regular attendance at weekly satsangs it became clear to me that this was the path I was deeply seeking.  It encouraged a combination of bhakti, jnana, karma and raja yogas. While the living room of my mentor, where services were held, was not as exotic as a mandir it proved to be a wonderful training ground for a more serious sadhana. In November of 1987 I was initiated in the Kriya tradition by Swami Dharmananda in a solemn yagna (a particular type of religious ritual).

Here we come to an interesting issue that I believe is unique to Hinduism. Up to the point where I’ve just left off if you were to ask me what my religion was I would not have said Hinduism.  Though not true today, in its early days in America ISKCON shied away from “the H Word.” SRF is very proud to claim that it is part of Sanatana Dharma, but not Hinduism. The reasons for this are complex, and an excellent subject to be explored at a later date.

In Part 1, I mentioned that I don’t like being cliché. Well, being a white Euro-American who chants mantras, meditates, practices Hatha Yoga, has a guru, etc. but refuses the label of “Hindu” is about as cliché as they come. This describes a growing part of our spiritual landscape in the USA. But the strong ethnic connotation that Hinduism evokes does make one hesitate to claim affiliation.

Outside of the Dharmic religions, I can think of no other that invites people to partake of its rich history and practices without suggesting that one needs to be a card carrying member. So many of us are taking advantage of this hospitality. While it speaks to the great sense of pluralism we express, there is a bit of a downside. People sometimes forget that religion is a two-way street. We cannot just take without giving. It is a living, breathing community that requires members to invest themselves. One day I realized that I’d received so much from my great spiritual forebears but was doing nothing to contribute to the present and future state of Hindu Dharma. A few years before I’d taken to calling myself “an adherent of the Hindu/Yoga tradition” when asked my affiliation. How antiseptic. But one day it just hit me in the same way that many people who struggle with gender identity get hit. I am a Hindu. There was no other way to explain. That was (and is) who and what I am. Since that epiphany I have become much more connected to the greater Hindu community worldwide. It has afforded me the opportunity to give back in ways that merely being on the side lines would not.

Currently I serve as Pracharak for the West Michigan Hindu Temple. Part of my seva includes speaking at schools, where I often encounter students who are on a spiritual quest. My goal is not to increase our temple numbers, but to explain our faith and practices. But if one is attracted to what is heard, we are content in  impressing the fact that ethnicity or national origin are not roadblocks on the path to divine knowledge. 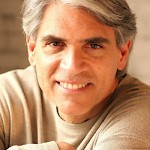 February 21, 2017
Embracing a Hindu Life: One Journey to Becoming Hindu (Part 1)
Next Post

February 28, 2017 Hindus in Hijabs or Showing Solidarity in Saris?
Recent Comments
0 | Leave a Comment
"This is too depressing... seriously it's making me cry... This is one of the reason ..."
WritingAccountZ Green Diwali Webinar: Lighting the Way ..."
"No bish nooooooooooo 💯v.657MW.US/k5322f"
majorsilver99 Green Diwali Webinar: Lighting the Way ..."
"choco stealer is here guys , better hide all chocosY.G1269.US/P5322H"
IvunaOkugafuneki Finding the Goddess Within: Protect Us ..."
"Yeaaaa😭😭😭😭😭😭✨💕💕💕💓💓💓y.636PA.CO/GU5322P"
TheOneandOnlyAgent Eclipse-Nirvana: Contemporary Devotional Music by Aks ..."
Browse Our Archives
Related posts from Seeking Shanti