The Reality of Santa Claus: Imagine Joy this Holiday Season

Christmas is a time when those of us who are not Christian also get to participate in the festive season – especially because schools and businesses alike give time off.  Over the past several years, I have enjoyed how the automotive industry in my home of metro-Detroit has given me the opportunity to enjoy the season with its shut-down from Christmas Eve to New Year’s Day.  Many of us are able to take vacations, enjoy time with friends and family, and even celebrate Christmas, with all the gloriousness of cookie-baking, tree-decorating, Christmas-caroling and gift-giving. And in my Hindu family, attending midnight mass on Christmas Eve is not at all unusual. So when my teenage son asked me “Did I believe in Santa Claus?” followed by “Why would you do that to me?” – I had to respond.

Over the years, we have watched Christmas classics such as “Its a Wonderful Life” and “Miracle on 34th Street.” While they exemplify the generosity that is part of the myth of Santa Claus, and the spirit of Christmas, they are no longer part of the mainstream Christmas movie list. With all the religious conflict and tensions caused by the actions of extremists all over the world, I thought about the many ways we need to reinforce imagination, encourage giving and promote pluralism. . Like my friend and local newscaster Roop Raj, I too am Hindu and say Merry Christmas: by saying it, non-Christians do not “diminish their own faith to reach out to another.”  And like my son, I too am often disappointed by the consumerism, commercialism and greed – the lavish marketing and gifting that happens at this time of year is a poor reflection on the spiritual underpinnings of the holiday. In fact, like my son, I want to ask questions – questions like “How can you give Christmas presents when you don’t even celebrate the birth of Christ?”  It often reminds me – and many others, including those at Brown Girl Magazine – of the way that the Hindu festival of Holi is co-opted by the various “Color Runs” around the US. Like another young Hindu friend, I long to remind people that Santa Claus was popularized in the US in the mid-1800s – and helped to improve church attendance.

Fortunately, there are words written not long after Santa Claus and gift-giving were brought into pop culture in America that remind us that Santa is not just a marketing ploy. Miss Virginia O’Hanlon, an eight-year old, wrote a letter to the editor of New York’s Sun, asking if there is a Santa Claus. An unsigned editorial response was posted in the paper by Francis Pharcellus Church on Sept. 21, 1897. In the now-famous “Yes, Virginia, there is a Santa Claus,” lies my hope for this holiday season, the new year, and beyond:

VIRGINIA, your little friends are wrong. They have been affected by the skepticism of a skeptical age. They do not believe except they see. They think that nothing can be which is not comprehensible by their little minds. All minds, Virginia, whether they be men’s or children’s, are little. In this great universe of ours man is a mere insect, an ant, in his intellect, as compared with the boundless world about him, as measured by the intelligence capable of grasping the whole of truth and knowledge.

Yes, VIRGINIA, there is a Santa Claus. He exists as certainly as love and generosity and devotion exist, and you know that they abound and give to your life its highest beauty and joy. Alas! how dreary would be the world if there were no Santa Claus. It would be as dreary as if there were no VIRGINIAS. There would be no childlike faith then, no poetry, no romance to make tolerable this existence. We should have no enjoyment, except in sense and sight. The eternal light with which childhood fills the world would be extinguished.

Not believe in Santa Claus! You might as well not believe in fairies! You might get your papa to hire men to watch in all the chimneys on Christmas Eve to catch Santa Claus, but even if they did not see Santa Claus coming down, what would that prove? Nobody sees Santa Claus, but that is no sign that there is no Santa Claus. The most real things in the world are those that neither children nor men can see. Did you ever see fairies dancing on the lawn? Of course not, but that’s no proof that they are not there. Nobody can conceive or imagine all the wonders there are unseen and unseeable in the world.

You may tear apart the baby’s rattle and see what makes the noise inside, but there is a veil covering the unseen world which not the strongest man, nor even the united strength of all the strongest men that ever lived, could tear apart. Only faith, fancy, poetry, love, romance, can push aside that curtain and view and picture the supernal beauty and glory beyond. Is it all real? Ah, VIRGINIA, in all this world there is nothing else real and abiding.

December 9, 2015
Daanam (and Seva) in December and Around the Year
Next Post 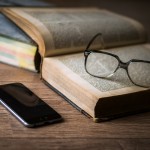